Trends, technologies, key topics, and issues in the energy and utilities sector that will shape up 2021

2021 promises to be a year that will change the market in many ways – here are the trends that will shape the market according to our energy and utilities experts Alain Bollack, Peter King and Amit Ghosh.

The scramble for hydrogen

As countries across the world compete to attain their net zero goals, 2021 is set to be the year where clear climate leaders emerge, as part of this hydrogen is set to take a step up on the energy mix podium.

As we know, currently the UK energy market is dominated by natural gas. A central part of the answer to decarbonising this is going to be hydrogen, the development of which is supported as part of the government’s 10-point plan. While it is unlikely that hydrogen will sweep in to replace gas altogether, 2021 is set to be the year that defines hydrogen’s place in the energy mix.

While challenges remain, including increasing the efficiency of hydrogen via excess renewables, the UK has wind power in its favour and, post Brexit, this could set them up as a global leader with a significant competitive advantage in the space, rivalling even the likes of Sub Sahara and Australia who are able to produce green hydrogen relatively easily with solar energy.

Hydrogen is here to stay, and the UK, alongside the rest of the world, will be looking at ways to reinvent the energy mix over the course of the next 30 years.

The rise of the SMR (Small Modular Reactor)

Nuclear is in the top five of the government’s ten-point plan and, given the time and cost of building large stations, it is likely that we will see increased interest in the adoption of SMR’s in the coming years.  This is already being championed by companies such as Rolls Royce who already have nuclear submarines in locations around the world. It only seems logical that we would look to technology the size of a football pitch that can power an entire city, and we can expect increased investment in this area in the coming years.

The year of cloud domination

The drive to net zero, cost efficiencies and having the flexibility and speed to build new systems, which in turn will enable new models, are set to put cloud front and centre in the energy sector moving forward.  COVID-19 has accelerated this migration, providing a tipping point which will drive utilities deeper into the cloud as they look to build these systems in various stages. Speed and agility will make the winning case for cloud, as companies entering the sector will certainly not spend years building their own systems, but instead look to the cloud for quick, efficient solutions.

2021: The year that the stars align for clean energy

Attitudes and actions across the board are falling in line with regards to cleaner, greener energy and there is a willingness from governments, general populations and organisations alike to decarbonize. This is backed by sweeping policy reforms as well as the significant shifts in criteria for investment which is forcing more organisations to take it seriously.

As government policies, strategic investments, intent from the general public and an increased focus on net zero from organisations large and small accelerate towards a single-minded goal, things are looking positive for a cleaner, greener future. We can also expect investment to soar as the world moves towards a global net zero new deal.

Disruption by the challengers

To a large extent, disruptors like OVO, Bulb and Octopus are continuing to shape the market and some of the traditional players are following the models introduced by the smaller players and disrupting their own traditional ways around pricing and customer experience, to give a few examples.

British Gas Evolve (BG Evolve) is one such player which is a digital only disruptor brand. The disruptors are driving innovation in what has long been a stagnating market, presenting strong competition to the existing brands, and creating more choice for consumers in the process. We predict the traditional players will be pushed further to drive innovation in the market in 2021 while the new players continue to make customer experiences more compelling. 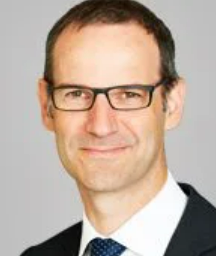 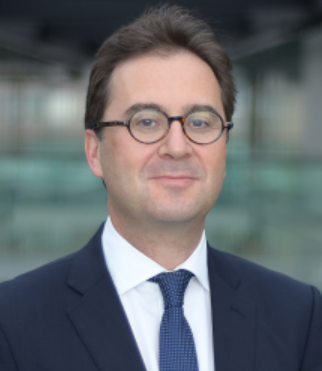