Facebook revealed that it will be introducing its own digital currency called ‘Libra’ somewhere in the next year. A cryptocurrency coin that will undoubtedly, seamlessly integrate into all facets of Facebook’s online presence. The Libra will be a currency accompanied by a wallet, which is similar to a regular bank account, named Calibra. With this, Facebook is placing itself in the ranks of Apple Pay, WePay, AliPay and Google Wallet. A much-needed step for the further integration of data on Facebook’s platform. The new payment method will enable all users around the world to hold, send and receive the digital currency with just a couple clicks. Is this the final boost to bring cryptocurrency into the mainstream of the payments landscape? Or is it just another example on why you should never want a non-financial company to handle your payment records? Only time will tell, but the immediate access 2.38 billion active users on the platform will have would suggest this will be a large step for global adoption. Whether or not this is a positive, is up for debate. So, what is the Libra? What purpose does it serve? And most importantly, why should you have reservations?

Libra will be a digital (crypto)currency based on Distributed Ledger Technology (DLT), distributed within the Facebook ecosystem. DLT is in bare essence the sharing of a common ledger between several entities, in which they log payments. Facebook’s whitepaper calls it a “global currency and financial infrastructure”. In other words, Libra will be a cryptocurrency based on a closed (permissioned) “Blockchain”. This allows Facebook, and its co-creators, to build an ecosystem of partners who can work with this coin. Furthermore, the coin will be a so called ‘stablecoin’, meaning that the coin is designed to withstand volatility. Through pegging it to a basket of several assets it will remain relatively stable, making it more suitable for payments. Or in Facebook’s own words: “[Libra] will be backed by a collection of low-volatility assets, such as bank deposits and short-term government securities in currencies from stable and reputable central banks.”. They also state that the Blockchain will become more decentralized in the future.

What purpose does Libra serve?

The digital currency will in all cases be just that, a currency. In its day to day activity Libra can be used for online and cross-border payments. There are however also multiple over-arching purposes it will serve. The two main purposes will be outlined below.

Firstly, there are currently 1.7 billion people worldwide who have no access to financial institutions such as banks. Often these people do have access to cash and do have access to the internet. This group of people is often referred to as ‘unbanked’ or ‘underbanked’. The mission of the Libra coin can be found in Libra’s whitepaper: “…the world needs a global, digitally native currency that brings together the attributes of the world’s best currencies: stability, low inflation, wide global acceptance, and fungibility.” When the unbanked are not in a geographical area which restricts the access to the platform, Facebook has a good chance to allow these people a possibility to gain their first experience with online banking.

Secondly, and far more importantly for Facebook itself is the ability to sell ads more successfully. Facebook’s VP of Blockchain, David Marcus, explains that a digitally native cryptocurrency will boost further commerce on the platform, which in turn will push more entrepreneurs to want to buy more ads. Furthermore, we should not forget that Facebook makes most of its money of creating the best possible targets for its advertisements through using meta-data of its billion’s users. Combining the meta-data with the new information on payment behavior creates an even more specific profile to sell to advertisers and should make them compete directly with Google in the advertisement space. However, officially the platform will not share its data with the mother company.

The Calibra platform will undoubtedly progress with expanding its platform. Kevin Weil, VP of Product at the Libra project, stated in a Verge article that “Over time, Facebook will look to build new financial services, like credit lines, using Calibra.”. Through the introduction of these financial instruments Calibra will become the basis of a Neobank.

Why should you have reservations?

When it comes to the decentralized future state of the platform, one should have considerable reservations. The libra validator nodes, used to validate transactions on the blockchain, will be run by the initial investors who pony up 10 million USD to sit at the big boys table. Currently this includes a plethora of multinationals and VCs. Conveniently these validator nodes will have ultimate power. As per the Libra website:

“Validator nodes, represented in the council, have the ultimate power. The council delegates many of its executive powers to the association’s management but retains authority to override delegated decisions and keep key decisions to itself, with the most important ones requiring a greater than two-thirds supermajority.”

“A private company made up of a bunch of corporations/VCs, all huddling around the “Big Kids Table” making decisions for The People… What could go wrong?”

So, what should you keep in mind before investing? To be fair, its still very early to tell. In the coming months we will find out to what extend Facebook will push the boundaries of the cryptocurrency space. However, if we look at the number of partners that have already been onboarded onto the platform, one would expect big things to come. 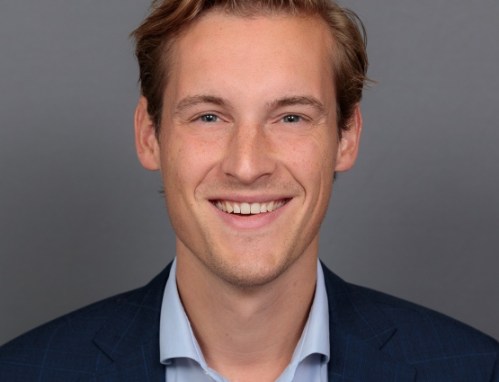 Michiel Kok is a Management Consultant within the Digital Banking and Payments team, specializing in Payments and Blockchain at Capgemini. His main responsibilities encompass managing & delivering value adding strategic advice for his clients, engaging them with innovative subjects and opening up the banking sector to new technology.
Michiel has been part of a Blockchain training startup, teaching consultants on the potential future implications of Blockchain solutions and ecosystems. He has been active in FinTech from the start of his career, focusing on highly innovative projects, changing business models and paradigm shifts for his clients.
Michiel is an Nyenrode Business Universiteit Alumni.