With fuel poverty at levels never seen before, electricity and gas prices soaring to dizzying heights and the war in Ukraine only escalating matters, it’s safe to say that 2022 was a pretty monumental year for the Energy and Utilities industry.

It’s probably been one of the hardest years on record for the sector, with many energy retailers scrambling to stay afloat, water companies facing a PR nightmare all whilst oil and gas giants such as BP and Shell announced some of their biggest profits on record. Understandably, public backlash has reached levels some won’t be able to recover from.

But it has also been a year when the environmental catastrophes we are facing have become very real. Who’d have thought wildfires would rage outside of London in 2022? It has put the industry at a tipping point; where companies are forced to put sustainability plans into action, but in a way that drives cost outside of the business to avoid passing on rising costs to the consumer.

Will 2023 be a slightly more positive affair for the Energy and Utility industry? Here are our predictions for the year ahead…

With the cost-of-living crisis showing no signs of easing up, 2023 will see people who have never been in debt before finding themselves in economic trouble. In a bid to avert such disasters, it’s likely that we’ll see energy and water retailers striving to utilise the wealth of data they have available and employing advanced analytics to predict which customers are most at risk of falling into financial difficulties. Done well this means that they will be able to put plans in place before certain customers hit economic turmoil and thus help to offset the cost of living crisis for the really vulnerable of society.

The Covid-19 pandemic and the cost-of-living crisis have both forced businesses to reassess how they avoid passing on the wholesale costs to customers and fundamentally transform the way the industry operates. The tsunami of issues that have hit businesses at the same time has forced the utilities sector to take greater risks and look to accelerate digital projects that were originally targeted for two-to-three years down the line and make the changes now.

Therefore, 2023 will be a year where we’ll see more innovation and risk-taking with companies more willing to press the envelope a little bit further to try and understand what they can do to offset some of the issues the industry is facing. It could prove to be a really exciting time where we’ll see a lot more digital transformation and a lot more energy and water companies taking the learning from other industries and how they can use digital programmes to put customers at the heart of their decisions to radically transform the industry at a pace we’ve not seen before.

The true kick-off of a sustainability scale-up

All eyes are on the Energy and Utilities sector when it comes to sustainability. People are expecting the industry to make big steps forward in operationalising sustainability programmes and leading the way forward with its sustainability agenda. But will 2023 be the year we’ll see this take flight?

There have been small-scale investments around the edges of sustainability made in recent years, but five-to-ten years have passed since companies started making sustainability promises and we’re still no closer to initiating industry programmes at scale. Next year, we predict that more organisations will prioritise turning pilots into operational reality in order to actually make a dent in the 2050 carbon-neutral strategy that the UK government and the sector has laid out.

Before long, energy companies need to change business operating models from selling product to services, which is no easy task. Next year, it might be that we see the sector starting to learn from other industries, such as retail, about how to adapt their operating model in order to remain competitive and fit for purpose in a new age of demand.

While 2022 has been an exceptionally negative year for the Energy and Utilities sector, 2023 could be a real opportunity for it to step up and demonstrate societal impact and how, as an industry, it can make a real difference to people’s lives. From being the bad guys of panto in 2022 to becoming the hero of the hour in 2023, we predict that the year ahead will see many companies changing their risk appetite and focusing on accelerating innovative programs at a size, scale and level of ambition not seen in the industry before. As a sector, whose employees care so deeply about the communities they serve there is an opportunity to turn trying times into real positive change. 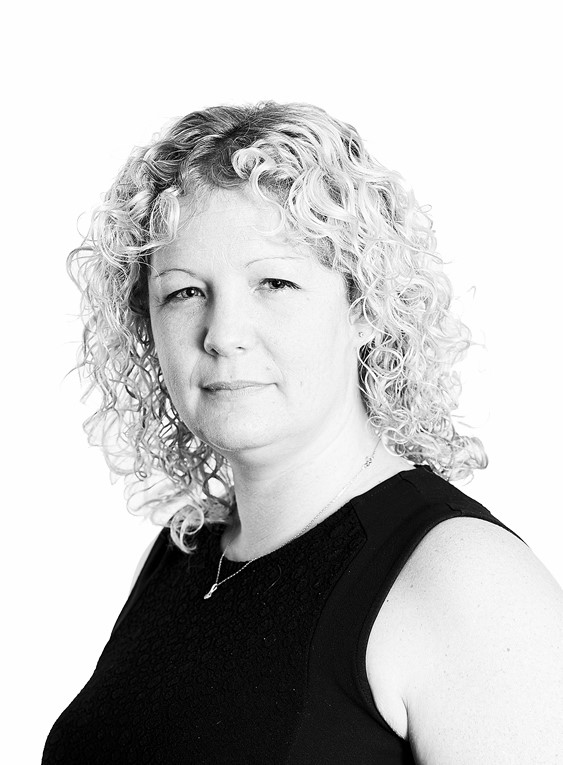 Karen is the Head of Energy and Utilities for Capgemini Invent, UK, with responsibility across Water, Nuclear, Energy retail, Energy Networks and New Energy clients. Karen is a Biochemist by training and has 12 years’ experience working in industry at a senior level with a background covering water and wastewater operations, telemetry, field force and retail. Karen has over 13 years’ consulting experience, leading major transformation programmes in the Utilities sector. Karen specialises in delivering consulting and technology capabilities with a business led focus to deliver a step change in capability with her clients. Her work on digital programme has netted 15 national and international awards for her clients including being recognised for digital transformation at an international level.