Dan Macken is a former Royal Engineer in the British Army. After twelve years of service, he made the decision to not sign back on, however leaving military life can be a difficult transition, with worries such as “where am I going to work?” and “how am I going to pay my bills?”. Having successfully navigated this experience Daniel is now keen to share his story to help and support others as they make the same transition.

Dan, what is the first step you took when you made the decision to leave the military?

“My journey from leaving the military may be a bit different from other service leavers as I did not have to go through the process of NTT (Notice to Terminate). Although the process is not the same for each person, typically when a soldier completes their service, they are offered a two-year period of resettlement and once arranged, they are able to start looking into career paths in preparation for joining civilian life.

Can you explain a bit more about the resettlement process?

“As part of your resettlement process you are signed up to the Career Transition Partnership (CTP). The CTP provides lots of information including interview techniques and CV writing. They also have information about workshops and open days that different companies arrange, so I attended various open days online which provided me with lots of insight on different opportunities. By attending these I realised there were two career paths that stood out to me telecommunications and cybersecurity.”

After deciding you were interested in Cybersecurity, what next steps did you take?

“I was introduced to Tech Vets by someone called Jay Davey, who is still my mentor today. It’s a platform for veterans who are in resettlement, or who have recently left the services. Through Tech Vets I was able to access courses and network with other veterans who had broken into the cybersecurity field.”

Can you explain how you went about finding and then applying for a job you were interested in?

“After I’d completed a few online courses and got my LinkedIn account set up, I then saw a job advert for a Security Analyst role at Capgemini. This was the first time I had heard of the company so I thought I would do some research and quickly realised this was the opportunity I had been waiting for.”

Did you connect with existing employees to find out more about Capgemini?

“Yes, I connected with Michelle Perkins on LinkedIn after browsing the Capgemini web page and “Join us” career section. I felt by reaching out to employees of Capgemini it would give me a better insight into the job role rather than applying straight away. She was able to give me insight into job opportunities at Capgemini, and then invited me to an event to learn more about the company.

I was also put in touch with team both worked in the field I was interested in. For over a year I stayed in touch with them until my first interview with Capgemini, and although I was still technically in the army, they took the time to answer all of my questions.”

How did speaking with Darren and Billy help you with this process?

“Having never written a CV or done a job interview it really helped my confidence as they both made me feel like I was already part of the team, and from the first meeting with Darren I knew Capgemini was the company I wanted to work for.”

What would your top tip be for other service leavers?

“Apart from making the most of the CTP, my top tip would be to get a job outside of your comfort zone, be bold and put yourself out there by networking, especially on LinkedIn.”

Find out more about a career at Capgemini 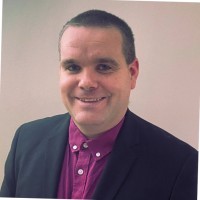