There were times when I could feel that others didn’t think another college application was the right answer, or times when I felt I would be better off wandering into another direction. But in August 2021, when I get to hand in my final assignment, and in 10 years from now when I look back at all the new paths I forged through my career at Capgemini, I know I’ll be proud of my determination to always stay the course of the journey.

A career in technology was never obvious to me. I attended a small secondary school in the Republic of Ireland with little to no focus on studying computing. I eventually decided to go to University due to a heavy push from our career guidance councillor, and when unable to answer what subject I would take, I turned to an online career aptitude test. The results were in and my future path had been highlighted to me, the most suitable career path for me was a Forklift Driver, followed by a Software Developer. I can safely say I have never considered a career as forklift driver, even though I’m probably great in a JCB.

I had just turned 17 when I decided to go to University, and this did pose some challenges. Due to my residency status in Ireland, I was ineligible for a grant so my parents scraped together what they could to help me out. This was in 2009, right in the thick of the Irish recession following on from the 2008 world economic housing crisis, so any hopes of supplementing my own rent / travel were dashed a year earlier.

It was in the year of 2009 that I knew software development was what I wanted to do. From my first-time printing “Hello World” on the screen in Visual Basic, I knew that I was excited for the challenges ahead.

Unfortunately, after my first year, my financial circumstances changed, and I was forced to drop out. For the next few years, I bounced around some state-run computing courses. I received my European Computer Driving Licence (EDCL) and Microsoft Office Specialist (MOS) certifications. I did labour jobs here and there to keep myself afloat, but the work was inconsistent at best.

Eventually, I saved up enough money to get myself back to education. This time, I decided to switch things up and do Computer Games Development. I spent two years studying this and loved what I was doing. I eventually achieved full distinctions, which pathed a route to my Higher National Diploma (HND) which I was going to use to get me back into University for my second chance at a degree.

My University application was accepted, I paid my house deposit and was excited to get started, but at the last minute my grant application was once again denied which threw yet another curveball. I spent months going through the appeals process, even getting a recommendation from the local MP, but it was not going anywhere. It was thousands of euros I simply did not have, so it was at that point I had to make some big decisions.

In Scotland, EU members from outside the UK were eligible for their tuition fees to be paid for them, and having been brought up in Scotland as a child and knowing that my brother would soon be returning to Scotland, I applied and got accepted into a University in Scotland. I spent the first 6 months of my University studies sleeping on my brothers couch, and when not in college, I worked from 6am to 5pm at Glasgow Airport cleaning the used food trays.

I was fully committed to making it work, but after pushing myself as hard as I could, my laptop was the first to give out. I didn’t have the money to fix it and reached out to multiple university sources to figure out a way I could complete the course without owning a functioning laptop. I was advised that I could use the university computers, but Games Development courses require a lot of asset downloading and their rigid security protocols prevented me from getting anything. There was no communication from my university services when I reached out. Frustrated and annoyed, I dropped out once again.

For the next year, I really did not know what my plans were. I got a job at a major supermarket chain and moved in with my girlfriend. I was progressing in my personal life, but not in my career. One day my manager asked me if I was interested in embarking on the trainee manager programme at the company. I feel like this flicked a switch. I was suddenly thinking about my career and my future again. I’m not sure the conversation went as my manager expected, as I not only turned down the manager programme, I cut my hours down to part time and went back to college a month later.

This was the best decision I ever made. I decided to go back to studying software development and after 2 years, I got my dream job as an Apprentice Applications Consultant with Capgemini. It’s been 19 months since then, and in just over 1 months’ time, my higher education journey will be completed. It is highly unlikely I’ll get to wear the hat and gown as I expected, and there’s a good chance none of my family will get to attend, but this will be the completion of a 12-year journey since my first day of software development in 2009.

It is at this time I have thought a lot about the different paths people take in life; some will leave secondary school right into an apprenticeship and some will be married and have children before they ever consider their lifetime career path. It can be easy to focus on all the obstacles along the way, and it can be difficult to look beyond the failed applications and broken computers. However, it is not about which roads you take, it is about the direction they are all headed. 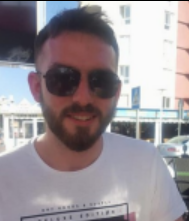 Gary Friel is a Degree Apprentice Applications Consultant at Glasgow Caledonian University. Outside of software engineering his other interests are martial arts and computer games development