What sounds like a spell in the first place can be explained by two main factors. First, the revolution of AI is primarily being driven by the rapid progress in computational power as well as increased access to a huge amount of data. Secondly, when this is combined with the machine learning methods, it can be used to discover patterns and develop relationships in large data sets in a manner that humans are hardly capable of – but which is imitating human intelligence.

The opportunities that AI presents to the healthcare sector can be described through the following five levels and it could give birth to the concept of augmented doctors.

Monitor – First level includes AI being able to monitor patient data. MIT researchers recently came up with the idea of a wireless smart-home system that can possibly improve elderly care. Within the framework of their latest project called “RF-Pose”[1], the CSAIL developed an AI system that is able to detect radio signals behind walls caused by human bodies in order to sense their activities. According to the team, their way of using neural networks to analyze human movements and postures allows for monitoring certain diseases such as Parkinson or multiple sclerosis. This means, as a corollary, that physicians can use these insights to adjust medications for an optimal patient treatment.[2]

Preventing – The second dimension of AI in healthcare enables preventing critical health events and danger. The Berlin Start-Up xbird claims that it will “save one million lives by 2020”[3]. How? It identifies symptoms of diseases in early stages by using a combination of data collection through smartphone sensors and pattern recognition. This project, which is financed by the EU, enables physicians to improve diagnoses and decision-making in order to personalize patient treatment.

Identifying – On a third and more advanced level, AI is capable of identifying patterns and diseases. While xbird’s solution focuses on behavior and environmental impacts, KI elements [4] makes use of speech recognition to detect and diagnose cognitive disorders such as dementia. Their app records voice data and then automatically extracts and evaluates scientific metrics which helps clinicians to make more informed and professional decisions.

Another idea originating from the UK improves the classification of stroke or neurological impairments and hence supports recommendations for best treatments. The NVIDIA Corporation and the King’s College have recently announced their intentions on planning and deploying the rationalization of AI within the areas of radiology and pathology. This new partnership combines the college’s expertise in medical imaging and health records as well as NVIDIA’s AI technology that will eventually provide an infrastructure for developing AI applications in a way that will promise better and faster patient care. [5]

Guide and communicate – The fourth level includes how AI can be used in terms of guiding and communicating. Processing and identifying patterns are one thing, instantaneously communicating results to the human is another. While chatbots are one typical case for communicating AI, other forms exist too, such as AiServe. Once hooked up to a patient’s glasses, AiServe’s small gadget is designed to assist blind and visually impaired people and help improve their quality of life. A combination of computer vision and AI enables the technology to identify obstacles and guide users through streets independently by giving them voice instructions.[6] Furthermore, one could easily imagine a use case involving a chatbot communicating with its patient about basic healthcare processes, for example, a guide during a treatment.

Act – Finally, while robotic process automation in healthcare is just in theory, for now, we are seeing more use cases with AI playing an active role in surgery thus emphasizing the capability of AI in assisting or improving the overall performance during surgery. In fact, a Florida-based hospital just launched a new AI technology to prevent maternal deaths and postpartum health complications such as undetected hemorrhage that are specifically related to cesarean deliveries. The technology behind it is similar to facial recognition. With the help of an iPad, AI is now able to provide a real-time estimation of blood loss during surgery to the doctor, by processing images of surgical towels and canisters through machine learning.[7] [8] By fulfilling this task, which was initially based on a doctor’s estimation, AI does not only provide a more reliable parameter but also actively makes an important contribution during childbirth.

AI and the patient – trust and ethics must be established first

AI, the technology is based on large data sets and (un)supervised learning methods. AI will bring healthcare to a whole new level. It will offer opportunities in terms of prediction, diagnosis and decision-making tools. This new dimension of health is already on its way – from the smartphone in the pocket through to the operation bloc. At this point, it is primordial to keep in mind that AI isn’t supposed to replace doctors – but rather augment their capabilities.

While building a sustainable relationship between AI and the current health structures, one might also underline the need to address AI ethics in a field that is subject to the highest caution. First, the patient’s (personal) data should be treated carefully and will have to be processed within the frame of GDPR. This involves a debate that is still to be deliberated upon, about automated decisions made by algorithms such as the one AI employs.

Second, one very important effort must be made in order to avoid biases that might influence AI’s work in healthcare, in the wrong way. We must remember that AI can be easily misled if fed with bad data. The danger of bad data is not only linked to its accuracy, but also to its consistency, availability and fairness. Beyond poor data quality, AI is also able to be just as badly intentioned as its developer. Imagine an algorithm reproducing racist patterns in its decision-making process (such as organ donation). The idea of algorithm audits, and the quality assurance that goes with it seems to be much needed here.

Third and beyond these technical features, a disruptive phenomenon like AI must win another race of great importance – the trust race that can not be won without the relevant actors embracing these new possibilities. This involves a trust-building discussion with the patient, the hospital and also the society as a whole. Just like autonomous vehicles, AI will have to nurture a relationship with the society that is based on trust and reliability.

By Lisa Neumann and Pierre-Adrien Hanania 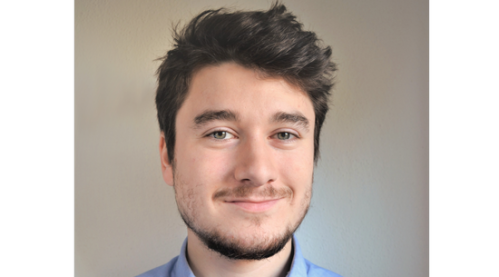 As member of the Public Sector team of Capgemini, I provide strategy and technology consultancy services on different aspects of digital transformation. The scope of my work covers all segments, whether defense and security, welfare and tax, public admin and healthcare, building on a pluri-disciplinary vision and transversal levers to be activated across public services. At Capgemini, I lead the coordination of the European Public Sector, looking for ways to connect similar organizations across borders, in regards to their needs and digital journeys.
Furthermore and since I took the role of Global Offer Leader for AI in the Public Sector in the Group, I analyze industry trends in the field of AI & Data in order to predict their meaningful impacts for industry segments or individual clients. With PublicGoesAI, we envisioned the move towards AI as a journey at the crossroad between tech, political and social levels. You can learn all about PublicGoesAI on our page dedicated to the potential of the technology for public services, whether it is about augmenting citizen interaction with conversational AI or helping public servants in their decision with predictive and prescriptive analytics.
As former political analyst, I use my previous experiences I had in several European think tanks in order to detect the synergies between industry trends and the political frame. My highlights so far in the recent years include the organization of the AI4Good workshop with governments at the United Nations and the publication of the AI in Public Sector Point of View.
Take a look at the 11 AI4Good sessions we conducted last year!
Feel free to connect with me on social media or per mail!