Peter Flood takes a look at the week’s events in the retail industry and shares insight into some of the summer initiatives which retailers in the UK and beyond are rolling out with the prospect of the lifting of final pandemic restrictions on the horizon; and at fascinating new tech innovations which some of the ecommerce giants have launched to take their last-mile delivery and in-store spaces to the next level.

Hi everyone and welcome to This Week in Retail! Whilst Freedom Day has been delayed until 19th July, there’s still plenty of reasons to be optimistic as we enter the first official week of Summer 2021.

We start by looking at Prime Day. Barely one week goes by without Amazon making the headlines and this week is no different as Monday and Tuesday marked the 48-hour period where Prime Customers benefitted from exclusive deals on a range of big-ticket items. Whilst last year’s Prime Day resulted in record-breaking sales, it’ll be interesting to see how consumer habits are impacted this time around given the eased restrictions and will also provide another indication of how well the High Street is recovering.

Although much of the last year has been dominated by Amazon’s relentless pursuit of growth and expansion, Walmart has announced plans to invest in DroneUp as it aims to deliver orders faster with drones – a move that will see it compete with Amazon’s fleet of unmanned aerial vehicles. Walmart already has 4,700 stores stocked with more than 100,000 of the most purchased items, located within 10 miles of 90% of the US population. This will provide Walmart with an opportunity to reduce its last mile delivery lead times and improve customer satisfaction – a trait that has become ever more important for all retailers over the last 16 months!

In addition to Walmart’s DroneUp investment, Portuguese retailer, Continente, has partnered up with technology provider Sensei to deliver the first autonomous store on the continent. Sensei’s technology uses computer vision and machine learning to enable customers to shop without queuing. Sensi’s ambition is to compete with Amazon Go’s checkout less experience. Whilst it is thought that Amazon Go is targeting expansion through deploying it’s technology in airports, Sensei are exploring other verticals such as food courts, stores in petrol stations and larger supermarkets across multiple European countries such as Spain, France and Germany.

Closer to home, and Tesco has expanded its Whoosh one-hour delivery service to London and Bristol in a bid to transform into a more digital business. The expansion means the grocer has the capability to serve even more customers within one hour through the opening of 11 Express stores in London and Bristol.

This week has also seen further sustainability focused initiatives announced by Aldi and Waitrose to reduce their environmental impact. Aldi has committed to removing single use plastic from all its own branded tea bags by the end of 2021, meaning that all tea bags will be 100% biodegradable and will take out 1.4 billion pieces of single use plastic from its ranges. Similarly, Waitrose has accelerated plans to stop selling gardening compost made from peat and has committed to only sell peat-free alternatives by the start of 2022.

According to the Horticulture Trades Association, the number of gardeners rose by 3 million last year with stats from GlobalData estimating that the greenfinger boom will continue to grow this year, with spend estimated to rise by 7% to £3.1bn. This is something that Selfridges is looking to capitalise on as it launches a series of garden centres at its stores in London, Manchester and Birmingham. Its London store’s accessories hall and store exterior has been transformed into a garden centre selling garden tools, seeds, plants as well as its own label compost and exclusive clothing collection from Prada.

That’s all for this week and have a nice weekend! 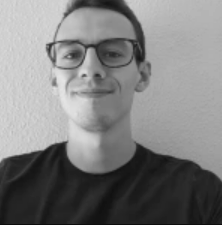