This week Capgemini Invent Consultant Lucy Herriot examines the acute workforce and supply chain disruption hitting UK food retailers and restaurants, the proposed solutions, and the innovative steps retailers are taking to address staff shortages and systemic supply-chain issues; along with coverage of the impact of lifting UK lockdowns upon the performance of UK grocers.

Hello and welcome to This Week in Retail. We kick off this week covering one of biggest headlines in UK retail space of late – the HGV driver shortage which is plaguing the UK does not seem to be abating, as headlines about the shortfall of 100,000 drivers and resulting food shortages and food price rises continued this week. Supermarkets, restaurants, and hauliers have shared stark warnings that UK shoppers are likely to face long-term higher food prices as a result of systemic changes to the supply chain. Retailers have been offering substantial pay rises and other incentives as they try to recruit more drivers, but many are warning that the increased costs of these measures are likely to be passed onto the consumer longer-term given the tight profit margins of most haulage operators, who will have to increase the rates to customers.

Although the government this week described UK supply chains as ‘highly resilient’, the shortage of fruit-pickers and meat packers has also led the Co-Op Chief Executive to describe the shortages as the ‘worst he has ever seen’, as the chain works to re-train existing staff as lorry drivers and reduces variety in its lines, alongside many of the other large grocery chains whose executives have also warned of the impacts of the worker shortage on their businesses and on end consumers.

Many industry-watchers are of the view that the food supply issues facing the UK now are embedded and systemic, and ‘waiting it out’ will not solve the problem. The Road Haulage Association and many retailers have said that despite the urgency for government action, their calls for urgent action in the UK haulage labour market have largely not been heeded.

Most want the government to take three specific actions:

The government has recognised the urgency in the latter two of these actions but has so far rejected the first, and so lobbying around the issue continues.

Beyond supermarkets, McDonalds milkshakes became the latest casualty of the upheaval in the food industry, while Nando’s faced a chicken shortage and was forced to temporarily close 10% of its restaurants. Other retailers which have experienced noticeable supply-chain disruption due to the labour shortage include Greggs, Costa, Subway, and KFC.

Christmas 2020 was effectively cancelled for many, and UK supermarket executives are now sounding the alarm early that Christmas 2021 may also be disrupted – UK shoppers may face a Christmas without turkey as poultry farmers have said they can’t get enough staff and are set to produce 20% fewer turkeys for Christmas this year. Additionally, supermarkets usually start to build Christmas stock from September onwards but the Tesco Chairman said this week that the current supply-chain upheaval means they are ‘running very hard just to keep on top of the existing demand and there isn’t the capacity to build stocks that we’d like to see’ – although he did also urge consumers not to ‘over-dramatise and panic-buy’. After last year, another problematic Christmas is the last thing retailers and consumers alike need, so fingers crossed that further government action and the ingenuity of retailers in offering new labour incentives and training programmes will solve at least part of the problem over the next few months.

To add to grocers’ woes this month, data released by Kantar showed that UK grocery sales dipped 4.0% over the 12-week period to 8th August, as the lifting of hospitality restrictions meant Brits spent more on going out and getting back into pre-lockdown activities – although the decline dropped to 0.5% for the last 4 weeks of this period. This was against a backdrop of data from the Office for National Statistics which showed a drop in the volume of general retail sales by 2.5% in July compared with June, where non-food stores fared the worst with a decline of 4.4%.

As widely predicted, a consumer shift back to in-store grocery shopping was also seen over the past few months as the UK vaccination rollout continued apace and lockdown restrictions were eased. Data from NielsenIQ showed that shoppers made 50 million more visits to UK supermarkets in the four weeks to 14-August – consequentially online grocery sales dropped by 10.0% and Ocado experienced its first-ever sales decline. However as also expected, the share of grocery sales made online has remained strong at 13.0%, down only 2.4% from the peak of 15.4% in February 2020 – suggesting that a portion of the sea change in shopping habits caused by the lockdowns may be here to stay.

It has been a tumultuous year so far for grocers and retailers across the UK and we have seen innovative moves from retailers attempting to strengthen their supply chains and labour structures to counter the disruption. As the post-Covid, post-Brexit labour landscape continues to evolve retailers will be kept on their toes, needing to adapt and build resilience in order to thrive in whichever scenario becomes the ‘new normal’. 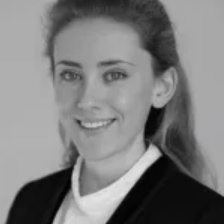