It has long been appreciated that many data structures are best represented by a graph; where a graph in this context is defined to be a set of discrete nodes connected to each other via edges.

Examples of graphs, their applications, and graph datastores can be found in previous Blogs from the Capgemini Graph Guild, e.g. Introducing Capgemini’s UK Graph Guild.

These advances have largely been achieved using multi-layered neural networks (NNs), the most widely used method of Deep ML, spurred on by improved understanding of optimal architectures and availability of cheap yet powerful compute.

More recently researchers have begun to explore how NNs can be applied to Graph-based datasets with success across a range of extremely interesting use-cases – using so-called Graph Neural Networks (GNNs).

A basic NN is designed to act on input data in the form of collections of 1D vectors of numbers, so how can we apply them to graphs, which are manifestly not 1D vectors? Well, we could take inspiration from Computer Vision (CV), where in the simplest case, the input data is a 2D grid of numbers. A typical CV DNN consists in part of layers of convolution filters, which are trained during the training process to generalize over the pixel arrays in the dataset by convolving over neighbouring pixels, such that the final layers of the NN can learn how to detect e.g. cat’s whiskers that enable it to correctly classify an image as that of a cat. The basic idea is shown in Figure 1.

Already with a basic GNN such as described above, we can achieve useful performance in node-feature, edge-feature, and graph-feature classification & regression.

But we can go further – by adding to our GNN a feature from many of the most advanced models in Natural Language Processing, called Attention, our GNN can learn to weight the features of some of each Node’s neighbours by a different amount, greatly increasing its learning capacity and accuracy.

Compared to CV and NLP, the use of Graph Neural Networks is still in its infancy; nevertheless, they have been successful in some powerful use-cases, such as:

Graph-based machine learning is an extremely active area of academic research that is very much in its infancy. There is a wide range of applicable use-cases; those described above, but also Knowledge Graph construction, superior Recommender Systems, and Supply Chain optimization to name a few.

The Capgemini Graph Guild is actively exploring and exploiting GNNs for the future benefit of our clients. Please get in touch with us if you would like to learn more or need help solving your own graph-based challenges via this email address: idgraphguild.uk@capgemini.com. 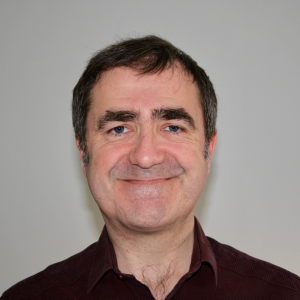 Matthew is a senior data scientist in the Insights & Data practice with over 20 years’ experience across analytics, software engineering, and machine learning/AI. He has a strong interest in the application of deep machine learning to graphs (e.g. graph neural networks) and its real-world applications.

We’re at a tipping point where insurers unable to adapt to changing customer demands could...

The difference engine
Show all