For example, we ran an ASEvent recently which had a message of the importance of collaboration between two partners. For this, we chose a theme of alloys to highlight how two elements coming together can have qualities greater than the sum of their parts.

Another recent ASEvent about improving sales was supported by a big cats theme to encourage the hunter mentality.

However, one theme earlier this month which really caught my attention was that of geese!

As a gaggle on land and a flock in the air, geese are usually found as a collective. This event was about creating high performing teams and geese demonstrate many of the values which a successful team would do well to emulate: 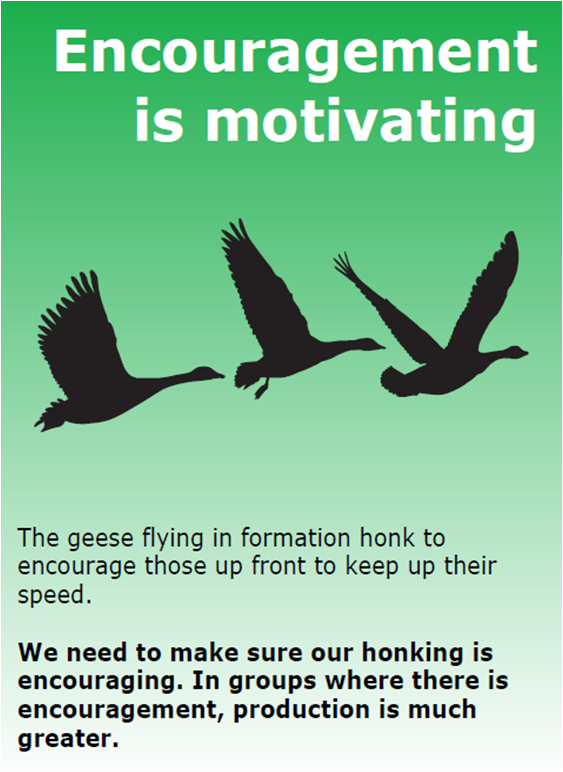 Using themes can be really powerful as they allow participants to view problems from a different perspective and perhaps address topics, such as employee recognition, which would have otherwise been brushed over. A theme also makes an event, and the points which come out of it, very memorable as there is an image or story from which all the ideas can hang and thus be easily recalled.

So, next time you hear a flock of geese overhead, pause for a moment to marvel at such a great example of collaboration.

Sustainability is a science not an art; everyone can play a part

Working in partnership with Centrica’s Digital Community to amplify and accelerate their...

Sustainability is a science not an art; everyone can play a part
Accelerated Solutions Environment

What has 2020 taught us about collaboration?
Accelerated Solutions Environment

Engaging our employees in the race to net zero

At Capgemini’s Accelerated Solutions Environment (ASE), we believe that a sustainable and...

Engaging our employees in the race to net zero
Show all