We announced this morning the latest figures for December 2014 from the IMRG Capgemini e-Retail Sales Index. For the first time online retail sales broke through the £100 billion barrier for the year – representing growth of 14% for the online retail market in the UK. You can read the full press release here.

Impact of Black Friday on UK online retail:
The Christmas shopping period as a whole, defined as the eight weeks between 2 November and 27 December, saw UK shoppers spend £21.6bn on gifts and bargains, equating to a solid 13% growth on the same period last year. However, e-retail during December recorded just 5% year-on-year growth – the lowest ever in the Index for this period – as the discounting around Black Friday focused huge volumes of sales activity on the final week of November (w/c 23 November). According to separate figures from Experian and IMRG, an estimated £810m was spent online on Black Friday 2014, the biggest ever day for UK online sales. The Index figures show that the greatest concentration of sales during the Christmas period (17%) took place during the week of Black Friday. 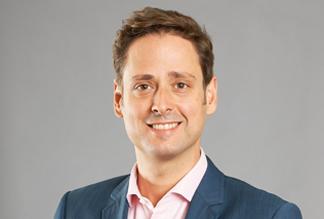 “2014 has been an important milestone for the online retail sector, with the £100 billion mark being exceeded for the first time. When we consider that almost £1 in every £4 is now spent online, and that a large proportion of the other £3 is influenced by some form of digital interaction, it becomes very clear that retailers need to continue to embrace the opportunity that e-retail poses.

“Additionally, we need to be cautious about the tendency of retailers to chase sales volumes at the expense of customer intimacy and profitability. Black Friday was unquestionably a success for the value-seeking consumer, but for retailers themselves, its success is not quite as clear. As the Index reveals, spending was brought forward a month earlier, at much lower margins for retailers, as a result of the discounts available to customers in November.”

Tina Spooner, Chief Information Officer, at IMRG said:
“While the 5% December online growth is lower than expected, the story of Christmas trading online this year is one of compression. The anticipated heavy discounting that was very widely communicated in advance of Black Friday served to concentrate the peak around that day in November.

“Looking at Christmas trading as a whole, the 13% growth for November and December combined was actually around where we would have expected. The challenge going forward is that Black Friday has been cemented into shoppers’ consciousness and they will expect the same kind of focused discounting next year. As an industry, we will need to work together to understand how this extreme activity spike can best be managed in the interests of both shoppers and retailers.”

Mark Lewis, Online Director at John Lewis, said:
“There is no doubt that this year highlighted a new shape of trade for the Christmas period. Black Friday was John Lewis’s biggest ever week for sales in our 150 year history. Online sales broke records on the day itself and during the early hours of trading there was a 300% increase in traffic to johnlewis.com.

“For Christmas overall our online sales were strong, increasing by 19% compared to last year and as we predicted, this was the year that Click & Collect really came into play with 56% of online orders being collected in shops as opposed to home delivered.

“Looking to the year ahead, we expect to see convenience remain high on the list of customer needs and in turn both online sales and Click & Collect volumes remain strong. With this comes the need for a solid back office function both in IT and Distribution and this remains a key focus throughout 2015 to ensure we meet continue to meet customer demand.”

The news has been covered in:

UK ONLINE SALES EXCEED £100BN IN 2014 – Computer Business Review
£104bn was spent online in 2014, the first time annual spending has exceeded the £100bn barrier, according to the latest figures from the IMRG Capgemini e-Retail Sales Index.

About the IMRG Capgemini e-Retail Sales Index
The IMRG Capgemini Index, which was started in April 2000, tracks ‘online sales’, which we define as ‘transactions completed fully, including payment, via interactive channels’ from any location, including in-store. Analysis of the monthly sales statistics is carried out by the Capgemini Consulting Business Analytics team.

Reinventing the store for a post-lockdown world

In a post-lockdown world, what services and capabilities will be required to unleash new...

Reinventing the store for a post-lockdown world
Retail

How to utilise Sentiment Analysis in order to extract insight