Once released from her current commitments, Carole plans to join Capgemini in June to take on the role of CFO. She will have relinquished her duties as a Capgemini Board Director and member of the Audit and Risk Committee which she held since May 2016.

With more than 25 years’ experience in finance, Carole has led the finance functions of listed and European companies in highly competitive markets. She has also developed an in-depth knowledge of the Group’s agenda, being a Board member for two years.

“I look forward to Carole’s arrival as Group Chief Financial Officer. She has accumulated a wide and varied experience in both operational and strategic financial matters. As Chief Financial Officer, Aiman Ezzat has made outstanding contributions to the Group’s performance over the past five years, and built a world-class finance function which supports the Group in its development strategy,” said Paul Hermelin, Chairman and CEO, Capgemini Group. 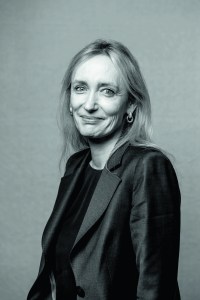 Most recently, from 2013, Carole held the position of Financial Director at Artémis Group, the holding company of the Pinault family (Kering, FNAC, vineyards), also in charge of strategic and financial support for certain investments.

In 2011, Carole became Group Chief Financial Officer of the Europacorp Group. Prior to this Carole spent over a decade at Sony: in 2000, she joined Sony France, as Financial Director before becoming Secretary General in 2002.

Carole started her career at PriceWaterhouseCoopers in 1992, where she was an auditor and later a financial advisor in the Transaction Services Division.

Carole is a graduate of the Ecole des Hautes Etudes Commerciales (class of 1992).