In 429 BC, the citizens of the Ancient Greek city of Plataea had a big problem. Surrounded by the fearsome Spartan army, they were running out of food and hope. The Spartans weren’t just standing around looking menacing, they were building a wall around Plataea, stopping anyone from getting out or any help from getting in.

The besieged Plataeans planned to escape over the wall at night using ladders. To do this they needed to figure out how high the wall was. Strolling over and measuring it, through the surrounding Spartans, wasn’t an option, so they came up with a plan that relied on the human eyeball and the earliest known application of the mathematical law of large numbers – an axiom at the heart of AI technology 2,500 years later.

The Plateaens estimated the height of the wall by counting the number of rows of bricks. This wasn’t easy since the wall was some distance away and mostly whitewashed. To make sure they got the right number, lots of Plataeans counted the brick courses then pooled their answers and calculated the average – their insight was that individual counting errors would be smoothed out by the large number of inputs.

This brilliant piece of rational problem solving (recorded by the Ancient Greek historian Thucydides) saved the Plataeans and provides a powerful metaphor for a more current challenge.

Can’t see the carbon for the trees

Imagine you aren’t being threatened by the Spartan army but by the equally scary problem of climate change. Imagine your escape plan doesn’t require counting bricks but counting how many trees there are in the world and figuring out how much carbon they contain.

In fact, you don’t need to imagine any of this because that’s exactly where we are now. Climate scientists need to know how much carbon is stored in the Earth’s biosphere, and how quickly that number is changing. How can we count all the trees? The answer is remarkably similar to what the Plataeans came up with, except using multi-billion-dollar Earth-observation satellites instead of ladders.

A determined team of researchers with lots of time on their hands can count all the trees in a square kilometer of Amazonian rainforest and calculate how much carbon they contain but counting all the trees everywhere isn’t an option. We need a way of accurately estimating based on what we can see.

The “seeing” in this case is done by orbiting satellites, not by Plataeans squinting across no man’s land. These satellites are extremely good at seeing. They can record images or radar scans of the entire globe every few days. The problem is they are just dumb eyes in the sky – they don’t understand what they are looking at. We need AI to do that.

Biomass monitoring had been identified as a critically important area where AI can help achieve the UN’s Sustainable Development Goals. It relies on the core AI technology of computer vision, in this case applied to the analysis of images captured by satellites.

Like the other core AI applications, computer vision attempts to emulate something human brains do really well. Machine learning techniques, where an AI system is trained to recognize the features it is looking for using a large amount of data, has been the key advance in this area. It’s a modern application of the law of large numbers.

Just like the Ancient Plateaens, getting the AI to find the right answer involves averaging out a large number of samples. If you show enough Plateaens a brick wall, they will collectively figure out how high it is. If you show an AI enough satellite photos of forests, it will learn to see how many trees there are. It’s a little more complicated than that, but the principle is the same – more data leads to better results.

Welcome to the jungle

This is exactly what a project run by Arizona State University and satellite data company Planet is achieving in Peru. Their project uses data from high resolution LiDAR scans of parts of Peru’s forests collected by aircraft. These give a good estimate of the tree canopy structure, but it’s too expensive to scan the whole forest or to conduct frequent scans to see how the tree cover is changing.

The challenge was to generalize the detailed knowledge of small parts of the forests gained from LiDAR scans to satellite photos, which do cover the whole forest and are updated every few days. The principle is the same as in many other computer vision solutions: by showing the AI system enough satellite photos of areas where the canopy structure is known, it is eventually able to accurately estimate the canopy structure from photos where the structure isn’t known.

The hope is that this and similar projects in different climatic regions will result in an AI system capable of scanning tree cover globally, and checking every few days to see how much of it is still there. One immediate application will be in support of the UN’s Reducing Emissions from Deforestation and Forest Degradation (REDD+) program. The program gives financial incentives to developing countries able to meet and report forestry management targets. To do that, they need to be able to see what their forests look like, regularly and accurately.

Capgemini is heavily involved in efforts to understand and monitor Earth’s biosphere using Earth-observation satellite data. In one example we worked with a state-owned forestry enterprise in Sweden to find and track bark beetle infestations from satellite imagery. On the global stage, we’re working with NASA and the European Space Agency to build the Multi-Mission Algorithm and Analysis Platform (MAAP) – a system that will enable scientists to share huge Earth-observation data sets and the algorithms designed to extract value from them.

I believe it’s essential for enterprises like Capgemini to champion the direct application of AI to global sustainability goals, as well as building eco-responsibility into the AI systems we build for commercial enterprises. Like the Plateaens, we’re in a tight spot. Only by working together in a rational way can we choose the future we want.

If you’d like to talk about bringing sustainability to your AI project, big or small, get in touch with the author, Vincent de Montalivet, Head Of Eco Responsable AI at Capgemini. 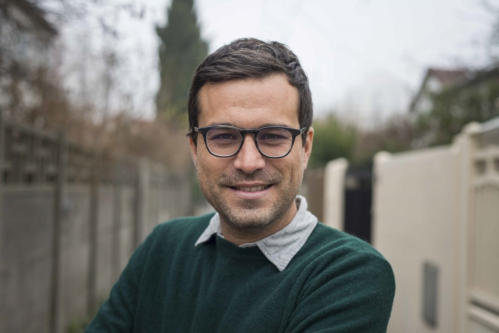 Vincent leads Sustainable AI, part of Perform AI –Capgemini Group AI & Analytics offering. He has been working in sustainable ICT for more than ten years and has held IT project management and business development roles across consulting, SMEs, local authorities and NGOs.
He has also been an entrepreneur and holds a dual engineering / marketing background at the crossroads of digital transformation and sustainability. He firmly believes in the potential of digital technology and AI to be a part of the solution to fight climate change and is passionate about accelerating the process of achieving the United Nations’ Sustainable Development Goals (SDGs).