We continue with our ‘Words of the Day After’ series with an emphasis on: Risks. The COVID-19 situation is shaking up our economies. For France, the estimated impact is at least 5 points of our GDP, i.e. around €120 billion. More than numbers, the crisis is a calling to question the existing development models and their fundamentals. Although the risks of a pandemic were theoretically identified and qualified, our globalized and inter-dependent economies were not prepared for a large-scale lockdown.

“It is impossible to assess the medium and long-term impacts: there is no relevant precedent, and demand and supply are both affected, which is unheard of.”

Governments have all announced massive and widespread support plans. While the shape of the post-COVID world is under debate – similar or fundamentally different – the probability of a resurgence of this or another virus cannot be ruled out, and with it, the possible re-occurrence of lockdowns, possibly shorter and more localized.

While tomorrow’s world will have to prioritize the treatment of causes (vaccine, medical treatments, more effective containment strategies, etc.), our economies will have to incorporate this new risk of lockdown and minimize its effects. Therefore, the impact of the current crisis have to be managed and systems put in place to cushion future potential occurrences, without just settling for tried and tested recipes. These approaches have demonstrated their limits faced with the complexity of today’s world. We must prepare more robust mechanisms faced with “unknown unknowns”, with an evidence-based and iterative experimentation approach (“Building a culture of experimentation”, Harvard Business Review, Apr-March, 2020).

Decisive role for Banking and Insurance: Risk management to be reconsidered amid pandemic and lockdown.

The economic management of this crisis is becoming imperative and our tools mustadapt. Banks and insurance companies are particularly critical in this approach.

First, due to their respective roles in society: Bankers and insurers must provide the tools to finance and protect against risk, which are fundamental pillars on which to build an economic future. Further, in the current crisis, the Government considers banks to be essential for the continuity of the economy and they are directly involved in the national solidarity effort (accelerated loan procedures, free deferral of repayments, overdraft facilities, and much more).

Secondly, because risk management and control are key to their business. For bankers, there is a default risk in the management of their assets, and for insurers, an underwriting impact.  In view of the systemic nature of a large portion of these actors, any misjudgement of the risk can take on major proportions, like during the 2008 crisis. These two industries are also subject to scrupulous control by regulators (Basel, Solvency, IFRS, etc.). They are therefore limited in their room for manoeuvre and support cannot be provided at just any price. Banks in Europe have already called for a relaxation of prudential rules so that they can play their role in the current crisis, and in France, the Conseil de Stabilité Financière has authorized French banks to reduce their equity buffer to zero.

How to integrate this new risk?

Insurers cannot  exclude epidemic risk and its consequences, in particular, during a lockdown. Doing so would be a failure of their duty of protection and the necessary contribution to the future of our economy. Like the risk of natural disaster, regulated in solidarity with the State[1], or guarantees against terrorist attacks via a dedicated fund[2], the risk of lockdown could also be the subject of a three-way discussion between civil society, the State and insurers, in order to define the fundamentals of coverage. Insurers have made a commitment to reflect with the State on this model for the future.

In future negotiations, the ability to establish financial issues proactively and objectively will be decisive.

“Bankers will also have to introduce the risk of lockdown in their credit scoring models, at the risk of seeing their results considerably increase, with repercussions on the cost and the impact on the actual economy.”

Once again, discussions will surely take place with the regulators and insurers due to the inter-dependence of the risks.

Intelligent use of data is critical for refining scoring models considering an industry’s or an individual’s sensitivity to the risk of lockdown. In this analysis, the ability to provide nuance (intelligence) will be vital. The business sector, the ability to work remotely, financial status, etc., are all criteria that need to be cross-referenced in order to qualify this new risk and integrate it into credit risk. Like the analysis models of the KYC file, the application of an artificial intelligence engine is a fundamental accelerator. In this case, it will be necessary to cross-reference:

This quantitative analysis will have to be confronted with political reality and then shared with civil society and the State. Using only statistical analyses carries the risk of only financing pharmacies and not a single restaurant.

“For bankers and insurers, data modelling work and the development of AI algorithms will now be the key factors for an efficient relaunch.”

Back-offices will deal with document flows to be processed thanks to OCR (image processing) and NLP (word processing) tools that are now robust and versatile. These approaches require less data to train the algorithms, benefiting from the transfer learning technique that has proven itself in recent years (The Economist, Artificial Intelligence, 13th May 2017).

These automatic document processes can be enriched with “learning” fraud detection tools that do not require the implementation of a series of rules. They are based on error detection approaches used for example in spam filtering, completed with explainable meta-algorithms that filter out false positives (European Banking Authority Report on Big Data and Advanced Analytics Jan 2020).

Further, banks that quickly apply algorithms and train them on data from the current crisis will develop a comparative advantage in terms of service, credit risk control and a head start in the discussions about the future.

For insurers, the use of this new data will have to optimize the actuarial models within the context of the creation of products adapted to the new risk mapping with which they are faced.

The two industries will also have to be major players in dealing with the most vulnerable members of our society. AI opens real prospects to anticipate and remedy them.

This blog is co-authored by Moez Draief

[1] Natural disasters: covered in vehicle and home insurance contracts based on a standardised percentage of the damage premium and with specific reinsurance by the state
[2] Terrorist attacks: indemnity by the FGTI (guarantee fund for victims of terrorism and other offences), funded by a lump sum on each property insurance policy
[3] Hervé Marzal, director of Gras Savoye Risk Consulting – L’Argus de l’Assurance. 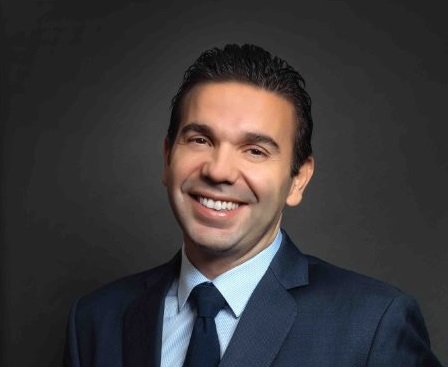 I have 20 years of international experience in the Financial Services industry, mostly as a consultant in management but also as a banker executive.
As a consultant, I have been managing transformations across the industry – Retail Banking, CIB and Insurance. I successfully helped several institutions in their growth plans and in the design of their operating model.
As the lead of the Financial Service sector for Capgemini Consulting, I design and execute our strategy in that area, with a focus in shaping and executing end to end digital transformations.