We continue with our ‘Words of the Day After’ series with an emphasis on: Prediction.

In December 2019, the Bank of France presented its 2020 predictions to journalists. A “small downturn” and an ensuing slight upswing were predicted for 2021, to 1.3%. Simultaneously, managers of a large energy group were finalising their yearly budget, based on a Brent crude oil price of $67.2  per barrel. In Paris, tourists were returning to hotels, with bookings, only just recovering from the Gilets Jaunes crisis, just about reaching the level of previous years.

In April 2020, in the French capital’s deserted streets, the only sound is bird songs. Planes are grounded and business at Roissy Airport has been suspended. In hotels, voluntary carers have replaced tourists in unoccupied rooms. In the space of a week, the Brent crude oil price temporarily dipped below 20 dollars, its lowest price in 20 years. In Le Monde, the governor of the Bank of France announced that, compared to the first quarter, the growth estimate for France now stands at -6%:

“We are clearly experiencing an unprecedented and completely unpredictable crisis.”

Will the word “predict” completely disappear from our vocabulary post-lockdown, or will it simply have a different meaning and encompass other futures? If we admit that we can no longer predict, what solutions do we and our companies envision. What do they have in order to continue on their routes and build their strategy? Isn’t it time to see which other options will allow us to prepare, but especially to get through the months and years to come, in a world that is “lastingly VUCA*”?

Any athlete knows that success depends on preparation, visualisation, practice, etc… These same factors also allow us to cope with the unexpected. It’s just as important, perhaps more so, to be ready, even in the event of unforeseen events, as it is to anticipate everything.

Building and Bringing Your Strategy to Life, The Day After. Few ideas.

Historically, sailors sought their bearings at sea with guidance from the North star; thanks to the brightness and stability of which they could stay on course. In the same way today, many studies have shown the solidity and growth performances of businesses that were able to formulate their own ‘North star”, in other words, their raison d’être. As the Notat-Senard report highlighted

“Raison d’être will give most boards of directors a guide for important decisions, a useful counterpoint to the short-term financial criterion, which cannot serve as a compass”

In these troubled times and beyond, a raison d’être can therefore be an objective to reach as well as a framework of thought for actions that is all the more efficient because it is shared by a large number of people in the company and its ecosystem.

2 – Plan a path – from predictions to future scenarios

“Everything was perfect… until the inevitable defeat”

We are referring to France’s defeat against England in the rain in Sydney (7-24)! The fantasy of a plan B that the France rugby team could not have pulled out of the bag; the unforeseen, such as this sudden and incessant rain dampening its hopes for final victory.

Dwight Eisenhower said, “planning is everything, the plan is nothing”. Often, predictions are made in existing mental maps. Software is programmed and tested on the basis of a known and past world. But the future cannot be predicted, it is not a foregone conclusion, nor is it a finality: the future is something that is planned for. Rather than trying to predict it over three to five years with conventional strategic exercises, we can visualise it thanks to forward-looking approaches and therefore better anticipate. By identifying different possible futures – “probable”, “optimistic”, “pessimistic” – it is possible to deduce, in the present, the best scenarios for action and adaptation for organisations.

We can see this clearly at the moment: the current state of affairs is encouraging us to tell ourselves that it would be useful to anticipate the unpredictability of events. How?

“The question is not so much to know in advance that a virus will cut off supply chains, but to think about what we do if supply chains are broken, whatever the cause. This is called perturbation analysis and with it, the resilience of the system can be measured”

– Bernard Charlès, Vice-chairman of the Board of Directors and CEO of Dassault Systemes, March 2020

For instance, it was by imagining a scenario of extreme failure of the social security system that Philips created its “healthcare at home” division in the 2000s, which now represents a very significant share of its turnover.

In addition, regular use of scenarios, which will need to be “stressed” positively or negatively to ease and enable innovation, encourage open-mindedness and creativity. This will lead employees to project themselves into the future and familiarise themselves with flexible strategy. The time spent today will speed things up in the future, Collective decisions will have more depth and strengthen our systems. The clearer the destination, the easier it is to be flexible and agile in the moment, which will sew and engage a natural resilience of the systems in extreme conditions.

Thus, the results provided by an approach like this are fairly astonishing: according to a European university study on the long-term economic impacts of foresight*, companies that have prepared for the future outperform with 33% of profit and 200% of additional growth compared to the average of the companies studied.

3 – Identify Unforeseen Obstacles – the Usefulness of the Strategic Radar

Let’s return to sea for a few minutes. On a boat, the radar has the role of avoiding obstacles, night and day, and in fog.

In companies, many managers, after the annual five-year strategic planning exercise is over, switch their attention to the rear-view mirror and focus on budgetary and financial reporting, concerned with reporting on results achieved and performance indicators. However, once at sea, the horizon the sailor faces is not still. It’s the same for our organisations. Unforeseen obstacles are real for a company and only active, multi-dimensional (technological and societal) and open monitoring can allow their arrival to be seen. This monitoring will allow the company to anticipate pitfalls and also to identify the strategic opportunities presented as quickly as possible.

We will focus, then, on identifying the famous weak warning and debunking signs of “black swans”, where the challenge is to disconnect what is paranoia, conspiracy or a possible reality. Distinguish the echo sent back by a simple crest of a wave from the fatal back of a whale.

In this context, data, and the company’s ability to analyse it, play a major role.

Again, we need to be well-equipped, and not improvise. This is one of the tools of future analysts, now present in your Strategy department.

Amidst these uncharted waters, you have spotted the iceberg. Avoidance is key. It’s time to manoeuvre!

Because you were ready for this, the action is simpler. And because you have your course set, your raison d’être, this action does not call into question your ambition and your governance; instead it is an agile and essential adjustment to your strategy. Your teams can keep going through the storm because each person knows why they are there and what they have to do. Each person knows why they are on-board. Everyone knows the purpose of the journey; everyone can get behind the raison d’être.

In concrete terms, this means that throughout the future scenarios you may have imagined, you have trained…like the athlete who complements their physical training with visualization: you and your employees have already planned for action.

This ability to adjust is essential. Time has paradoxically been extended: there is this a future to build. Your raison d’être and your vision were defined by your vision, and your strategy was simply the roadmap. Previously immutable, it has now become agile. A three or five-year strategy may guide you towards the iceberg… The strength lies within detecting weaknesses and your ability to act and allow you to adjust, practically on a daily basis. It’s the dawn of change.

5 – And what about the leader in this? Do we really need a captain?

Well, not surprisingly, we continue to believe that the answer is yes. In any case, it is necessary to have someone who looks forwards while the others act and interact more closely. If the captain is busy in the hold, who steers the ship? The navigator has a two-fold challenge of remaining stable on a boat that moves constantly and acting rapidly and efficiently when it’s time to change tack. It’s the same for the leader.

Of course, he is not alone.

More than ever, he has to manage talents, be exemplary in representing meaning and raison d’être, a visionary more than a manager.

And therefore, equipped or complemented by his teams with new fundamental skills: agility of mind, ability to listen, openness, aware of the level of interdependence of the ecosystems that surround him and able to focus on the long-term. And it is this final point that raises the main challenge, both for his governance which must accept this position, and for himself, who has to learn to cope without giving in to the temptation of the short-term.

If you are still hesitating, you should know that for many crisis cycles already, the companies that have demonstrated the best resilience are those with the most responsible and sustainable strategies, and therefore had to start looking forward to the long-term. In a “VUCA” world, the next crisis is not far away (the climate is still a serious “candidate”, with albeit pessimistic forecasts speaking of an increase of 7 degrees by 2100… An opportunity to stress the need as of now for forward-looking scenarios!).

So, are you ready to hop on-board and cross calm waters and storms with peace of mind?

*Volatility, Uncertainty, Complexity, Ambiguity: acronym created by the Army War College in the United States at the end of the Cold War. 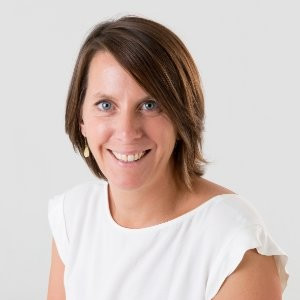 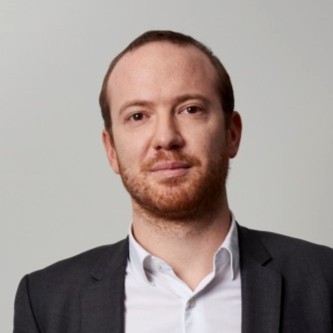