Oracle has been undergoing a quiet revolution, and I’m not just talking about the adoption of cloud. This revolution is about how Oracle has embraced the developer community beyond the database. Until recently, the only non-database community, Oracle had supported was Java. Even then, the Java One conference, held at the same time as Open World in San Francisco, was kept apart from the bigger event.

In recent years, we’ve learned that the world of development extends beyond Java and its stewardship to include Python, Node, PHP, Ruby, and many others – the world is polyglot – and Oracle’s solutions increasingly support this diversity. Embracing the developer community has changed, with Java One becoming more closely linked with the flagship Open World conference but also being taken on the road as Oracle Code to cities on nearly every continent. And yes, the event is free – that four letter word we rarely associate with Oracle. This year, recognizing the developer community is more than just Java, the Java One conference has been renamed One Code with a wider submission scope to go with it.

With these changes over the last year or so, we have also seen a new group called Developer Champions emerge to compliment Oracle Aces and the Java Rock Stars. This new group consists primarily of the most prominent members of the Ace community who regularly present and write about subjects related to development, including our very own Oracle DU CTO, Capgemini UK, Luis Weir.

Last year’s Oracle Code London was a hugely successful and over-subscribed event at which Luis and I spoke about APIs. This year’s event sold out an even bigger venue. With Luis being unavailable, it fell to me to carry the Capgemini flag. This year, I spoke about microservices and strategies for starting the journey into microservices while still working in environments that are based on the use of WebLogic.

Because the venue was larger, there was more space for the demos – a definite plus as if you haven’t seen an Oracle Code or Java One event. The demos, included the IoT microbrewery, quizzing with an AI enabled Robot, and so on. The only thing missing was a convenient place to sit and get some work done.

The keynote presentation was divided into two sections – the opening half involved developers talking to other developers about how modern-day code optimization works and how one can help JIT in terms of performance when it comes to coding. The second half focused more on sales, with details on Project Fn (Oracle’s open-source, serverless solution).

After the keynotes, the day was structured into hands-on workshops, which provided a great opportunity to get a feel for the tech, and a couple of parallel streams of presentations covering a range of areas – from blockchain in its various forms (Ethereum, Oracle’s Hyperledger) to chatbots, serverless, and those tools and techniques that are starting to reach the mainstream (Kafka, microservices (me)). Many of the presenters are highly respected both within and beyond the Oracle ecosystem and flew in specifically for the event.

So, what about my presentation? The theme of my presentation was Microservices and while still stuck with monolithic processes, you can start to adopt some microservice strategies and establish ways of making the transition in the future a lot easier. While microservices is not a new hot topic, it is starting to reach mainstream development now – providing insights and approaches, that will help the everyday techie rather than the cognoscenti. This perhaps means not getting that techie rock-star reputation, but it does lend to the trusted advisor perception, which is equally important in the community.

I had a good-sized audience (over 100), reflecting on the fact that people are still trying to break into the microservices space. The presentation went well based on the feedback received. Oracle’s investment in these events isn’t trivial – all the presentations were recorded, so you can check out mine here:Please allow statistical cookies to see this Youtube embed

The Code events are typically not the sort of place you’re likely to meet people who may turn into sales leads. This event is more of a soft sell and there’s an opportunity to renew networks of contacts. A good presentation will leave a good impression – namely, that great people work at Capgemini – and this bolsters recruitment. When it comes to bids, when customer senior developers are asked to review the technical side of a submission, they’re likely to remember us in a good light rather than as another large SI. There’s also networking – the opportunity to talk to contacts at Oracle, in the trenches, and elsewhere to get impressions and insights on the products – what works, what has been harder than expected, etc. I didn’t have time to see many of the presentations, but I did get the networking time and managed to renew some connections and get a feel for where things stand.

If you get a chance to attend an Oracle Code event – take it. Although every city is different, you’re bound to hear from good presenters. Though it is obviously biased toward Oracle, a more open view of the world now makes it possible for those who are not involved with Oracle products to find plenty to learn from. Despite big red’s reputation, things are changing on the ground and we’re seeing things being taken from the Red Hat playbook when it comes to developers and open source. 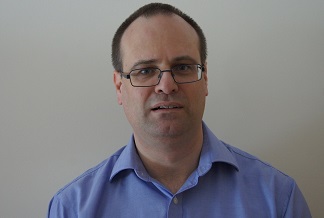 Enterprise Integration Architect covering the cloud and on-premises needs with an emphasis to Oracle domain knowledge, as with all integration architects experience and knowledge extends into the functional space and into the infrastructure areas.