Are you wondering whether you should be investing in quantum? For leading tech executives, this is a no-brainer.

While quantum technologies have been around for a few decades, the latest developments – which actively use quantum properties of subatomic particles – are nothing short of spectacular. Much like, say, the internet in the late 1980s, commercial quantum applications are still in their infancy; however, mass adoption could be closer than you imagine.

The latest advances promise an exponential speed-up over the best available supercomputers (via quantum computing), tap-proof communications (via quantum-secure communications), and ultra-precise measurements (via quantum sensing). These recent breakthroughs mean that commercial adoption may occur before the end of the 2020s. Our recent research into quantum technologies[1], Quantum Technologies; How to prepare your organization for a quantum advantage nowconfirms this. Learnings from this research uncover four broad imperatives for organizations to invest in quantum technologies as soon as possible:

It is worth noting that quantum technologies will yield an advantage in very specific application areas and will require extensive experimentation and trials. Finding these applications will take time and availability of skills, which are in short supply as of now.[7]

In the quantum communications space, researchers at TU Delft recently successfully demonstrated a technique called quantum teleportation to send data across three physical locations (an operation previously only possible with two locations).[13] These linkages can enable data transfer without the data being lost or tapped into. The idea is to scale these connections to create a network linking an increasingly large number of sites – effectively creating a quantum internet. Even compared with the current state-of-the-art quantum key distribution (QKD) technology, this would advance quantum communication to a whole new dimension.

The case to invest in quantum technologies has never been stronger. This could be the time to harness quantum advantage and gain a competitive edge.

[1] Capgemini Research Institute, Quantum Technologies: How to prepare your organization for a quantum advantage now, March 2022. For this research, we surveyed over 200 R&D and innovation executives from global organizations and conducted in-depth interviews with over 30 world-renowned experts on quantum tech.

[6] The Next Platform, “GlaxoSmithKline marks quantum progress with D-Wave,” February 24, 2021.

[7] ZDNet, “Quantum computing skills are hard to find. Here’s how companies are tackling the shortage,” November 2021.

[8] Crunchbase, “Quantum technology gains momentum as computing gets closer to reality,” May 2022.

[9] The Verge, “US announces $1 billion research push for AI and quantum computing,” August 2020. 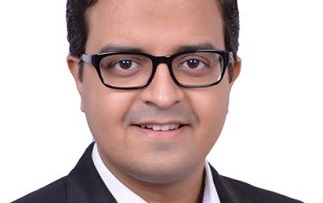