For those channels that have understood that their survival depends on streaming and OTT, the battle is not only technological but also cultural. Very present in Europe, public broadcasters also want to make their voices heard and protect their free model while responding to the injunctions of economic balance from their shareholders – the states. It goes without saying that this is a systemic issue unmatched by any recent media revolution.

Delphine Ernotte, president of France Télévisions, said in her 2020 start-of-the-school-year conference: “Our goal this year is to bring digital technology from the periphery to the center of our organization, of our concerns, and of our offers, so that we can share our values with everyone, everywhere.” Because it is indeed a fight for value that is being played out – the fight between media for all and media for one.

Digital and the OTT revolution are influenced by several factors, which affect both content distribution and personalization and, therefore, the use of data. The largest platforms understand this and have invested massively in transforming the traditional mass media model towards individualization and direct access, becoming de-facto community and niche aggregates in the process. In so doing, they’ve rendered general public offers obsolete. They spread their vision of inclusion by the smallest minority rather than by the largest majority, as was the case for a long time in television: between 3 p.m. and 4 p.m., I will no longer speak to four million housewives under 50 but to Paul who loves documentaries on sport, Milène who watches fantasy series after midnight, or Martin who binges on the same episode of Star Wars over and over. We are therefore no longer talking about editorialized program schedule, which was the longstanding alpha and omega of television and radio channels. Rather, we are talking about the non-linear distribution of content on a web platform; one that is open to everyone and designed to adapt to each moment of the viewers’ lives.

Data is the essential lever for switching from a mass-media model to an individualized, customer experience model.

Faced with this new paradigm, how can public audiovisual players reinvent the editorial mission that is, after all, their trademark? Part of the answer lies in the profound transformation of how data is used, which makes it possible to considerably improve audiences’ and individuals’ knowledge, well beyond traditional tools such as Médiamétrie. By data, we mean a clever mix of big data (usage, connection times, type of consumption) collected via web and mobile platforms, as well as thick data (socio-cultural behavior, CSP, center of interest) that are based on panels and external sociological analyses. Handling all this data requires efficient technological tools and adapted organizations. Human and editorial intelligence can be enhanced with AI models to help decision making, but to have rich and usable data you need information about subscription and the customer journey, something that the public media OTT platforms have been reluctant to do, preferring instead to leave the choice of access open to all. The transformation is therefore somewhat contradictory: media for all, but also media for one. Not to mention the complexity of the economic model these channels maintain, according to which they must remain free. But for how long?

In her 2018 report on the role of public broadcasting, Senator Catherine Morin Dessailly summarized the issue: “This mission (of the public media) includes universality as it applies to territorial coverage, the diversification of programs in order to reach all audiences, and maximum accessibility through free services.” She added: “Delinearization, in particular, favors a demand policy that is based on self-service to the detriment of an offer policy structured by specifications. Public broadcasters are aware of the digital issue, but they are slow to adapt to it.”

An expansion of the public sphere on a European scale: The good students

It is interesting to note that, since 2018, things have started to move forward and public actors are finally learning their lesson, probably pushed by Netflix or Disney+, which have left their mark on the European audiovisual landscape. Public broadcasters have increased their initiatives and embarked on their digital transformation journeys. Platformization is under way, for example that of Arte, which no longer just “replays” content but also offers a real platform with original content. Nevertheless, this platformization is not just a renunciation of Arte’s values which, lest we forget us, has a double public-service mission – culture and Franco-German cooperation. As Bruno Patino, president of Arte, argues: “We are sure that we will need a long time to get out of these choppy waters. We give ourselves time to develop a program, then give the viewer time. We are not after permanent over-solicitation. What we are looking for is affinity with our audience.”

The same movement is observed everywhere in Europe. Finland’s public broadcaster Yle went digital in 2006 in order to reach young viewers. In so doing, it seems to have taken a step ahead of the market and, in a rare deterrent against Netlfix on the European scene, succeeded in establishing itself as the preferred platform of the Finns. In 14 years, the service has undergone multiple redesigns and evolutions: diversifying its catalog to include not only films but also documentaries, audio content, original local content, multi-screen availability, and knowledge about the customer thanks to the mandatory login. To succeed, Yle had to position Areena at the heart of its strategy and become a content-based organization with a rights acquisition strategy that emphasizes digital rights, local productions, and an in-depth digital and data transformation.

RTBF, for its part, continues to invest heavily in the Auvio Streaming service it launched in 2016 in order to maintain its position on the French-speaking Belgian market. Initially positioned as a catch-up television platform, the service now offers access to all RTBF content, including radio, to partner channels such as Arte but also original content in free advertising or subscription-based models. In addition, beyond repositioning RTBF’s value proposition, OTT is also an opportunity for RTFB to innovate in terms of business models. This reflects the group’s restructuring approach, which aims to eliminate the silos between the group’s radio, web, and TV activities. In addition, Auvio decided, from the outset, to make login mandatory in order to develop more-detailed knowledge of its audiences (3.6 million accounts in 2020) and to improve the monetization of programs with customization. Jean-Paul Philippot, general administrator of RTBF, said: “Our bet for the future is to use the power of personalization.”

It is possible to reconcile a public service mission and an editorial offering adapted to new modes of media consumption. However, technological transformation must be accelerated in order to respond to two major challenges:

The first is the ability to modernize the “supply chain,” namely the availability and distribution of content in all formats to make it accessible by a proprietary or third-party platform. The “move to cloud” has enabled France Télévisions to “decorrelate the contents of the linear,” as Frédéric Brochard, director of Technologies of France TV explained, adding that: “Thanks to this effort, we are now able to deliver our media to whoever we want, whenever we want.”

The second issue is that of monetization following the decline in advertising revenue, (and government grants) as a result of consumers’ desire for less advertising. Large platforms don’t need advertisers to generate income. However, the advertising model has not had its final say and some, for instance Peacok TV, NBC’s platform, have chosen a subscription-based/advertising mix. This brings us back to data, which, when handled better, facilitates better, less invasive targeting. Finally, the question of volume arises, because as we know, the richer and more numerous the data, the better we can take advantage of it: As Julie Walther, co-founder of the start-up Qwarry, reminds us: “editors come together to create a unique identifier on all their sites. By pooling their audience, publishers collect data that is easy to identify.” An example is the partnership between France TV and Orange on segmented advertising, which is meant to target each household in the long term independently and not en masse as it does today.

It is clear, in the context of globalization and intensification of competition between platforms, that the public media, in order to stay in the race, must unite. Take, for example, the case of the BBC, which joined forces with ITW to create Britbox in order to reach markets outside the United Kingdom. According to Carolyn McCall, CEO of ITV: “BritBox will host the best of British creativity – celebrating the best of the past, the best of today, and investing in new UK content for the future.” The same is true in France with Salto in a public/private association that has enabled the platform’s investments to be pooled.

The alliance strategy exists at the national level. It is much less developed at the European level, where alliances are mainly geared towards the production of content such as the alliance between RAI, ZDF, and France Télévisions. However, for 70 years, the EBU (European Broadcasting Union) has brought together European public service media and facilitated content sharing, whether it be information or sports, through an efficient exchange network. The EBU also has a Technology and Innovation Department, whose primary goal in the coming years is to promote knowledge sharing and joint developments around artificial intelligence and data. This is also the stated ambition of Delphine Ernotte, president of France Télévisions and president of the EBU as of January 1, 2021: “A strengthened public services alliance to defend European cultural and technological sovereignty must be on our horizon for the coming years. Whatever the specificities of national landscapes, we all face the same challenges of digital transformation, technological and cultural sovereignty, citizen legitimacy, and the crisis of representation.”

Be that as it may, but public audiovisual actors will have to transform their organizations even more than private actors by developing data and AI departments, equipped with the necessary tools and resources. They will have to show even more agility in order to make the necessary technological changes: cloud-based, automation, SaaS, etc. This will require investment but also innovation. They will also have to continue to offer a high-value content and distribute it in increasingly digitalized environments. This is an irreversible process that presents challenges for the survival and safeguarding of a rich cultural heritage in an increasingly standardized world. Or when technology comes to the rescue of culture.

Read our new OTT report to learn more about this topic. 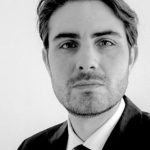 This blog is authored by Jodouin Mitrani. He is the Head of Strategy & Growth – Media & Technology – TMT Market Unit, France at Capgemini.  He helps Media and Technology companies to embrace digital, and to build new strategic assets. Reach out to him here.

Thanks to technological advances, BigTechs have been redefining CX benchmarks for...

“An expert is someone who knows some of the worst mistakes that can be made in his subject,...

Business model innovation for the Intelligent Enterprise
Media and Entertainment

Four technologies that are transforming media and events

Capturing, engaging, and retaining audiences is more important than ever for media...

Four technologies that are transforming media and events
Show all