Just how much automation do we need today? It seems as if more and more work could be done better, if not more efficiently, by robots. Years ago, we never would have imagined the possibility of bots taking over the tedious everyday tasks we experience in the office. Yet here we are in a day and age where the Matrix is beginning to look more realistic. This begs the question, how far should we let AI take over the humanity required for the economy?

Robotics simplifies the human workload and no one can deny the impact it has on the global job market. Oxford Economics predicts that over 20 million jobs will need to be redeveloped to upkeep with the surge in AI. With society constantly improving on efficiency, is the redevelopment of jobs really an opportunity cost we can afford? Maybe, with the growing global population, it wouldn’t be so bad to keep some processes simple? After all, such practices merely improve cost efficiency in organizations, meaning the rich save more money and the poor lose out. The inequality of who benefits the most from such automation is largely skewed towards the upper class.

The lack of human conscience has been a point of debate for the development of AI. Communications between sentient beings imply a sense of intimacy between the entities. The ability to understand each other on a non-logic-based level. John R. Searle famously points out how a computer, if programmed appropriately, is a mind, (Searle, 1980, p. 417). But the issue is, do we even know the extent of how human minds are programmed? If so, how can we possibly know the complexity of how robots should be programmed?

Next must consider the security of AI. As we know, AI is non-discriminatory. Anyone can use it. But what if it falls into the wrong hands? A chief envisioning officer at Microsoft UK, Dave Coplin, indicates that priority goes to ensuring “the right people are making these algorithms.”  With more organizations expanding their AI capabilities, it becomes increasingly available to the public. In the future, such a tool may even become more treacherous than firearms have been historical.

Finally, this begs the question of whether we can, ultimately, keep AI in control. Researchers at L’Ecole Polytechnique Fédérale de Lausanne point out how learning protocols have been developed that “prevent machines from learning from interruptions and thereby becoming uncontrollable.” Machines have been built to replace humans in tasks. Eventually, with AI being developed to increasingly resemble humans, who are to say it will not eventually be able to outsmart them. I feel that a sense of humility should be adhered to when dealing with the advancement of robotics, that eventually we must determine the point at which where humans have the last word.

As of today, technology has had a rampant influence on society. With the onset of COVID-19, these advancements can be felt in our everyday lives. Although it is another step forward into a futuristic society, it is paramount that we understand the purpose and capabilities that AI presents to ensure that it does not bring about more harm than good. It is also in our interest to remember the human aspects of our lives, and that some work shouldn’t be done by robots. Whether it is teaching children or understanding nature, some experiences in life just don’t require AI, but human touch. 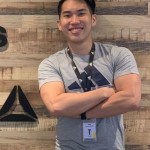