There has been an explosion of IoT devices in the market. From fitness trackers to drones, Amazon Alexa to Google Home, the list is ever increasing. The graph below shows the projection of IoT devices for the next 10 years. The number of IoT devices will double in the next four years and growth will be exponential thereafter. 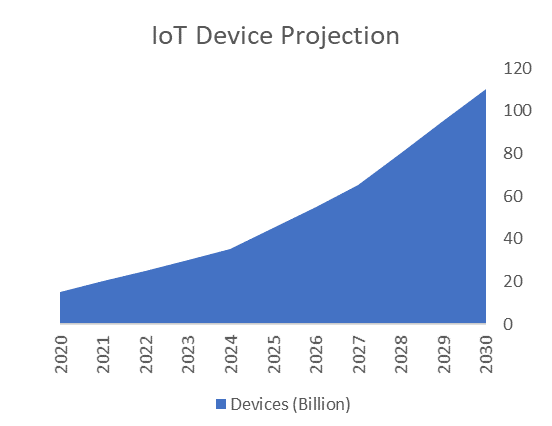 The number of IoT devices will exceed the number of mobile devices 6:1 by 2022. The main driver of this is cost reduction. A lot of manual and labor-intensive tasks have been replaced by IoT devices. The next big driver is to improve the business processes and productivity. The fierce competition to provide the best user experience has also contributed to this growth.

When it comes to sectors, 30% IoT devices are used in the manufacturing industry. This includes sensors capturing real-time analytics and health checks, robotic machinery, and automated industrial conveyor belts. The next biggest sector is consumer IoT devices. 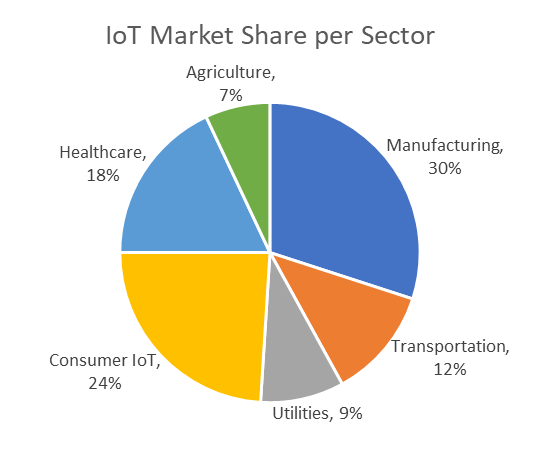 The most common ones are fitness trackers, voice-enabled smart devices such as Alexa, and smart homes. Healthcare is emerging as one of the biggest consumers of IoT. With applications such as ingestible sensors, critical data points from internal organs are captured, which can help in the timely detection or prevention of disease. Next in line is the transportation sector with autonomous vehicles constituting the biggest use case. The utilities sector contributes 9%, with use cases such as sensing and reporting the pressure in pipes or reporting on the health index of pipe waters. Agriculture also presents new IoT use cases, such as measuring and recording the moisture and nitrogen levels in soil in order to estimate optimal planting time to ensure maximum yield. The seeds of IoT, which were sown by Kevin Ashton in 1999, are yielding fruit today and for years to come. 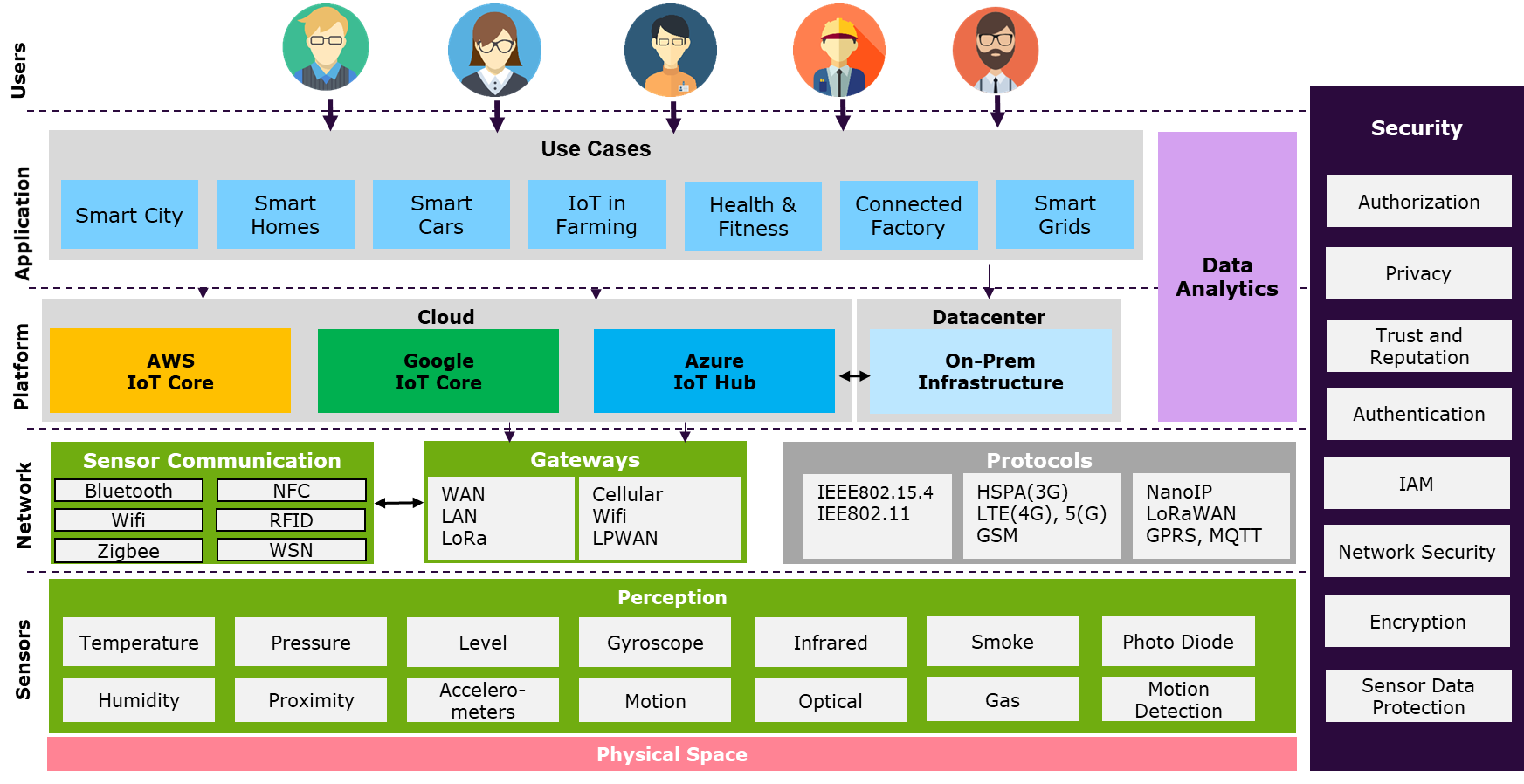 Treat service provision like a developing brain – be reasonable

Treat service like a child…and encourage it to talk back, so you get to learn too

Back to the Workspace of the Future

Back to the Workspace of the Future
Show all