Energy is the engine that fuels our economies and modern human activity. Global energy needs are ever-increasing; we would need twice as much energy in 2040 as we produce today if not for the era of sustainability in the energy mix. We need innovations to accelerate development and deployment and improve cost while enabling the integration of the current renewable energy technology.

Governments worldwide are allotting trillions of dollars to the climate change movement. They seem to agree on one major solution – renewable energy. I wouldn’t blame them. I, too, considered renewable energy as the most obvious solution – solar panels, electric cars, wind turbines, etc. However, what seems ideal in theory may not necessarily be feasible, especially when implemented on a national scale. It is important to take into consideration the interdependence of the energy sector across other sectors.

Germany is the perfect example of the impossibility of shifting to a purely renewable energy source. The country was the first to jump on the renewable energy train, investing a total of USD580 billion in the Energiewende project. A 2019 article published in Der Spiegel, the largest German news magazine, showcased broken wind turbines and barely completed transition towers on its cover and showed that the dream was based more on creative guesses rather than facts. If that’s not obvious enough, the article itself was entitled “A botched job in Germany.”

When we speak about transformation, energy players are strategically looking for new revenue streams, as traditional business models in the sector, are under pressure. In order to deal with the spike in demand, the SEA is transforming its energy systems and introducing smart grid frameworks with a vision of energy efficiency. Without a sustainable energy solution, we are at risk of becoming a civilization of stasis, a state wherein the government would be forced to control consumption. This dilemma would thus require innovation as the key solution to creating a sustainable energy ecosystem.

Innovation and sustainability are terms that are often associated with one another. When faced with the demand for sustainable, albeit limited resources, people have often turned to innovation for building solutions. For example, when the US-China trade war was affecting supply chains all over the world. Tencent decided to invest in research and development to create its own components instead of relying on Western suppliers. It enables companies to be more self-reliant.

One other example will be on the long-term battery storage – lithium-ion batteries are great but are limited (four to five hours only). What the market needs is the ability for the battery to work if the sun doesn’t shine and the wind doesn’t blow. This is where innovation is called into the picture, and it indicates how important sustainability and innovations are as they are inextricably intertwined. It is also clear that if long-term energy storage works then the prices will reduce significantly.

The difference in resources and geography also calls for innovative solutions that fit the capabilities of a specific country. In Singapore, a nation with close to no natural resources, we face a greater challenge, although the government’s first step might be to diversify its sources, we will need to look beyond and introduce technologies into the energy ecosystem such as smart grid, analytics, and artificial intelligence – to name a few. Innovation and sustainability are of paramount importance when it comes to energy transformation. The time has come for alternative innovation solutions for the energy market beyond renewable energy. 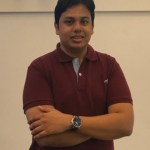