We continue with our ‘Words of the Day After’ series with an emphasis on: Digital Sovereignty

In mid April, it was reported around forty 5G masts were vandalized throughout the UK.

Twenty of which were operated by Vodafone. Among the many far-fetched ideologies and conspiracy theories running around currently, the link between 5G and COVID is a particularly surprising intellectual short-circuit. Yet it is very real, as a Vodafone mast on fire serving a temporary hospital in Birmingham sadly illustrates.

The only real link between 5G and the response to COVID belies in the term “sovereignty”. It is all about the government being able to make decisions that transform the lives of their people and taking responsibility for those decisions. At the start of the year, when the entry of 5G in the market accelerated and Cloud projects for European states became clearer, when the agenda of the new European Commission began to take shape and the importance given to data and its wide-scale use was affirmed, the term “digital sovereignty” became omnipresent. In this time of COVID and as we prepare for what’s next, this is vital. Ongoing projects around COVID patient cohorts or contact tracing applications illustrate this. Digital activities are becoming strategic, and a strong hold on. Their control is an issue throughout their production chains.

This is also an area where challenges might arise. The supply chain of digital activities are long, complex and scalable. Adding digital sovereignty requirements implies understanding the path from start to finish. And for this reason, it is more often than not a source of confusion. The flag of digital sovereignty is not enough to define digital autonomy strategies.

Ruling in the world of technology is not, and never will be, a matter restricted to government control. It first and foremost invokes understanding limitations and creating public-to-private technological ecosystems to push limits. These ecosystems will be all the more robust when they depend on vast and profound markets. Like a harbor, technological sovereignty implies docking the most modern ships, but having a quality hinterland to be able to do this. Three of these hinterlands seem to be decisive to us today in order for all of our activities to be able to explore the extent of use cases permitted by technological revolutions such as 5G, AI, the Internet of Things, edge computing, immersive technologies and Blockchain.

The first of these is infrastructure. Don’t miss it; this is still a key issue. Continue to share information, share data, operate/maintain machines/infrastructure, collaborate, co-build, co-publish, all remotely, are all challenges which are connected. They show us just how essential[1] networks, calculation and storage capacities are[2]… And production models will have to evolve rapidly to take into account the exponential growth of requirements. Europe does not have Clouders today capable of addressing Hyper scale standards. This is becoming a strategic challenge, at the same time as regaining a place in the American-Chinese competition for new generations of semi-conductors.

Currently mainly located in large data centres operated by major US cloud providers, these capacities will be distributed in the future as close as possible to their usage zones (i.e. edge computing). They will all benefit from the evolution of networks with 5G leading the way.

By combining 5G, edge computing, the Internet of Things and Artificial Intelligence, it will be possible, in particular, to offer more resilient services, to control the flow of data and offer a better user experience.

According to Gartner, by 2022 over 50% of business data will be created outside data centers or the cloud.

A second key hinterland is therefore Cloud, and more generally the ability to move beyond what could be called big “big data”. The rapid growth of requirements (the datasphere could reach over 150 billion TB by 2025) is such that industrial models for mass storage of data need to be reinvented. Balancing the energy statement of data centres is not the least of the challenges.

Another key challenge is to recreate capacity to store and process data in secure spaces, legally protected from access requests based on extra-territorial legislation.

This regards not only data relating to national security of national defence of course, but also health data and data from strategically important companies, especially when this data contains trade secrets and critical processes. Building a trusted Cloud offer, as Capgemini is working on in France and Germany with its partners, involves defining a catalogue of state-of-the-art services to power native cloud applications, the Internet of Things, blockchain, analytical tools and Artificial Intelligence algorithms. In addition to these services being centrally accessible, they should enable the deployment of application intelligence that allows data to be processed as close to sources as possible in order to speed up response times, contain the explosion of network costs and bandwidth, and provide an enhanced experience and control information flows, these are the promises carried by edge computing, which will require a standardisation of effort in terms of platforms and operations to deploy.  But, in order to develop this type of infrastructure, we must first create the conditions to allow European champions to emerge.

It would also be a mistake to underestimate 5G and to delay in setting up the conditions for its distribution. And to think that 5 = 4 + 1! Due to its properties: high throughput, minimal latency, high density of connections and prioritisation of communications

5G is a disruptive technology that opens up a scope of unprecedented, ambitious and disruptive applications for all sectors.

Even if we have to wait another few years before the full power of “standalone” 5G is implemented, it is now that the big technological winners that will guarantee controlled and secure use of these infrastructures that will support the vital services of governments and strategic industries are being decided. In concrete terms, we are talking here about European sovereignty in the face of Chinese dominance with Huawei and ZTE. In January, the European Commission, through the voices of Margrethe Vestager and Thierry Breton, called on member states to give precedence to Nokia and Ericsson, and to limit the use of “at risk” suppliers in non-critical/sensitive zones.

A final hinterland of digital sovereignty is that of operating systems and mobile development platforms. Its sensitivity reappeared in the context of Backtracking applications. Will we at last be able to rediscover a form of European sovereignty faced with iOS or Android? An initial response could come from the Open Source /e/ project which is building a mobile OS based on the Open Source version of Android and removing all Google-dependent services[3] and replacing Google applications with Open Source alternatives. The OS is already operational; it is possible to order pre-fitted Samsung telephones on the website and 89 smartphone models have already been validated[4]. A company like Huawei has also explored alternative solutions[5]. We are entering a period of geo-political re-fragmentation of the mobile sector, which will require European and national public authorities to take a stance.

“We need to nurture our garden”

There is no need to be The Optimist to apply this Voltarian principle to our innovation ecosystem. Mariana Mazzucato has shown that technology ecosystems develop in an exchange of strengths between large-scale public projects and private companies which address the issues of industrialisation. These public-private ecosystems, as they have managed to develop around DARPA or, more recently, initiatives such as the JEDI project by the US Department of Defense, are the key to success and the leading factor of digital sovereignty. This is how we will rediscover the value of a “technocracy” in the true sense of the term, i.e. the ability of States to harness an exploding technology and to ensure that the greatest number of people benefit from it. 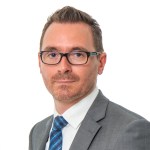 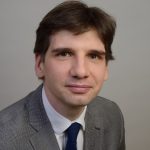 The foundations for data-driven transformations

5G and Edge will be a major lever for business transformation in many, if not all,...

The foundations for data-driven transformations
5G

The backbone of a data-driven future

Communications services providers (CSPs) will be the backbone of the data-driven revolution...

The backbone of a data-driven future
Show all