It’s not news to us that the Millennial generation is reshaping our technological world one app release and Snapchat post at a time. The rise of this post-recession generation has had a direct impact on holiday purchasing trends this season and is ultimately shifting the way that money is being spent.

According to a recent article by US Today, Nielsen released that the nation’s 75 million Millennials now outspend Baby Boomers, with their buying power this holiday season projected to total $85 billion — nearly 10% of the $1 trillion forecast to be spent overall.

As this group of 20 and 30-something year olds gains more spending power, retailers are being forced to shift how they market to their consumers in order to remain active and relevant in their industries.

So what exactly is it that differentiates this young consumer demographic from their predecessors?

The decrease of in-store shopping is nothing new to us. Over the past decade, shoppers have embraced the luxury of skipping out on hectic mall crowds and limiting store hours, and have saved significant time and money making their holiday purchases online.

But now, shoppers don’t even have to visit retailer websites thanks to the increase in smartphone applications. Red Alert Politics, an online publication run by young conservatives, reported that online sales hit a record-breaking $3.34 billion this Black Friday, with $1.2 billion being spent on mobile apps.  iOS users tended to spend more on their mobile purchases than Android users, with Apple device owners spending $144 per item on average, as to $136 for Android device owners, according to Inquisitr.

The pressure to purchase items on Black Friday is slowing dwindling as young adults are now freed from restrictive shopping sales thanks to their tablets and smartphones. According to a survey by Bankrate.com, a website that tracks product savings, less than a quarter of Americans planned to shop in stores on Black Friday this year, down from 28 percent two years ago.

Because deals and promotions are consistently reflected in mobile apps and on social media, Millennials are less inclined to pull themselves away from their families, turkey leftovers, and football in order to enter the overwhelming chaos of malls on Black Friday. As noted by Internet Retailer, a portal to e-Commerce intelligence, Black Friday will remain an important part of the holiday promotion calendar, but that it is only one leg of the consumer’s ongoing long-distance run.

Young buyers are spreading out the days in which they make holiday purchases thanks to the convenience of their phones, which enable them to constantly track the latest deals and give them the confidence to know they are purchasing their holiday gifts at the lowest prices out there. And although Black Friday weekend offers good deals, sites such as Amazon and Google offer reduced prices year-round.

The National Retail Federation reports a record high number of shoppers (34 million) began their holiday shopping in August and September, seeking out sales and using coupon sites long before the traditional holiday scramble sales kickoff. Many Millennials actually have a pretty short shopping list by the time Thanksgiving rolls around. 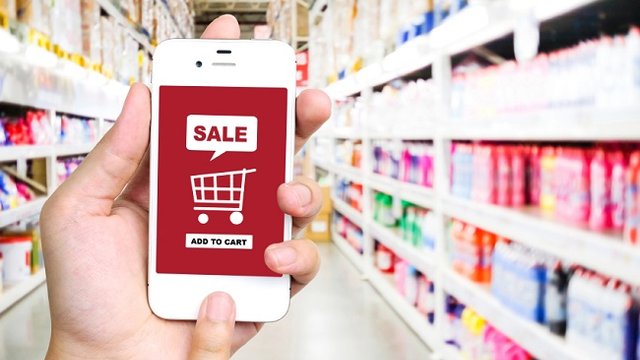 New research by social-influence marketing platform Crowdtap indicates that individuals ages 18 to 36 spend an average of 17.8 hours a day with different types of media, therefore it is only inevitable that social channels have a strong impact on how young adults make their holiday gift purchases.

Almost half of Millennials report regularly clicking on mobile advertisements, and more than a quarter are making purchases based on effective and engaging mobile marketing. G/O Digital, a digital marketing company for local businesses, conducted a survey on the various social media platforms that social media users turn to for holiday shopping ideas and found that most turn to powerhouses Facebook, Instagram, and Pinterest for help in their purchase decisions.

A number of surveys have been released stating that the Millennial generation values experiences over material things. In fact, three in four Millennials would rather spend their money on an experience such as travel and entertainment over items found on a shelf.

While the average American plans to spend $1,175 over the holidays, Millennials will shell out $1,427—up 38 percent from 2015, according to Rubicon Project’s survey. Of this generous budget, 64 percent of Millennials will buy a gift for themselves, and the greatest amount of their budget ($364) will be spent on experiences. After all, they need experiences worthy of becoming an Instagram or Snapchat post!

Shopify, a Canadian e-commerce company that develops computer software for online stores and retail point-of-sale systems, has estimated that by 2020, Millennials will spend a whopping $1.4 trillion annually – or 30% of all retail sales in the U.S. alone. This means that business owners either need to start thinking like Millennials now or they’re going to risk getting left behind fast.

2017 presents a great opportunity for our company to optimize our technology services and deliver solutions that meet our clients’ Millennial customer base and their growing social shopping needs.

2016 was a great year for the Millennial Innovation Council (MIC), an Employee Resource Group whose mission is to encourage collaboration across generations by providing a community for Millennials to innovate, create, and lead at Capgemini. The MIC’s goal is to provide opportunities to empower individuals to develop leadership skills and effect change.

This year the MIC held about 35 events that brought in over 300 participants total. And from a local level, the events ranged from mentorship programs to skills building workshops to networking events. At the national level, the MIC oversaw a Case Study Competition that developed solutions for how to better integrate legacy IGATE both at the local and National level.

Moving forward into 2017, the MIC has planned many new initiatives across all local offices and is looking to their members and fellow Capgemini employees to step up and become further involved. There are lots of exciting opportunities, and if you are interested at all, please reach out at mic.nar@capgemini.com.

The pulse of smart checkout technologies with Martin van Vugt

Tomorrow’s leaders must be agile enough to incorporate leadership-by-design into their...

Each year, the National Retail Federation (NRF) conference attracts some of the biggest...

Collaborative retail predictions for 2019
Show all