In February 2015 various news outlets reported that millions of encryption keys were stolen from Dutch computer chip producer Gemalto during breaches in 2010 by both the NSA and GCHQ. In March 2015, sources reported that Dutch computer chip producer ASML was hacked, probably by hackers in service of the Chinese government. Government espionage is a current and growing threat to both government and multinational organizations. The Netherlands is an attractive target because of its high-tech industry and its role in the European Union, the United Nations and the NATO.

Traditional information security is focused on preventing attacks by building large Chinese walls around their digital assets. However, the hacks on both Gemalto and ASML show that companies need to do more than building a digital wall around their valuable information assets. High-tech companies, universities and governmental agencies alike have to ramp up their cyber defenses to protect their information assets against these kinds of advanced persistent threats (APT). Advanced persistent threats are covert and continuous attacks, often orchestrated by foreign governments. Since APTs are usually funded by large budgets, they are very difficult to prevent. However, companies should strive to counter attackers by making it as hard (and unprofitable) as possible to get to the most valuable information assets. This means information security should consist of multiple layers, comparable with the rings of an onion. The most valuable assets are in the center, protected by a multitude of layers. 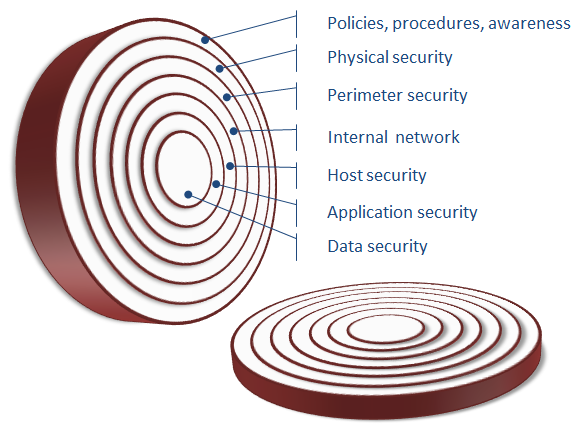 Cyber-attacks are difficult (if not impossible) to stop completely. The former director of the NSA even said that almost every US company has been hacked at one time or another. This means a paradigm shift is taking place. Instead of focusing on preventing cyber-attacks, companies should accept the fact that they cannot stop every attack. Rather, their focus should shift towards making it as hard and as unprofitable as possible for an attacker to get to critical systems and valuable information assets. A layered defense can help companies achieve this goal. By layering security mechanisms that counter a wide range of risks to information security, the chance of unauthorized access to critical information assets is reduced greatly.

Is your cybersecurity insurance dynamic enough for today’s threat landscape?

To provide effective insurance, and claim their stake within this growing market, insurance...

Many policyholders we interviewed said they are highly willing to share their personal...