What technologies made the biggest impact and which ones will impact us in the future? Will technology advances slow down, stay the same of speed up?

With Gagan’s help I put the following picture together :

Obviously there is a lot that can / could be added however I wanted to really focus on the key Enterprise (read company) and Consumer (read you and me) related aspects. Over the years there has been so much change, enhancement and progress and it is tricky to keep up. One key question that I get ask quite often is whether we are at the end, at the start or in the middle of further significant development. The Second Machine Age is a book (published in 2014) that outlines many concepts and ideas, however one key aspect I always found most relevant – the chess game metaphor : “The Second Half of the Chessboard” (a term coined by Ray Kurzweil).

To depict where we are today in terms of technology progress and what the rate of progress might look like, the authors (Erik Brynjolfsson and Andrew McAfee) used the following example:  It is believed that the game chess was invented in the 6th century AD in current India. When the new invention was presented to the emperor he was so impressed that he offered any reward. The inventor responded saying : “ All I desire is some rice to feed my family. To determine the amount of rice that would include he stated : ”Place one single grain of rice on the first square of the board, two on the second, four on the third, and so on, so that each square receives twice as many grains as the previous”. The emperor was so impressed by his modesty and so replied : “Make it so”. What he did not realise was that if you double 63 times and start with a single unit of rice you will end up with 2^63-1 rice corns – or 18 quintillion grains of rice – more rice than has been produced in the history of the world.

When Ray Kurzweil outlined this he noted that the emperor would not have notices the issue in the first half of the board as by 32 squares (so half way) the emperor would have given the inventor 4 billion grains of rice – about one large field’s worth. However once you would go over into the second half the problems becomes more apparent. On square 33 you will need 2*4bn and on 34 2*(2*4bn) until at square 64 when you reach a couple quintillion grains of rice. Brynjolfsson and McAfee used U.S. Bureau of Economic Analysis (BEA) statistics that noted “information technology” expenditure since 1958 and modelled the rate of increase over the years. Both suggested in their book that by 2006 we reached square 32 – so we are now starting to see an exponential increase in the IT industry.

So it seems that we are not at the start, nor at the end – we are at the start of the an exponential increase in “IT” related things. And that brings me back to disruptive technologies. This week Microsoft announced the GA for HoloLens –  see here. 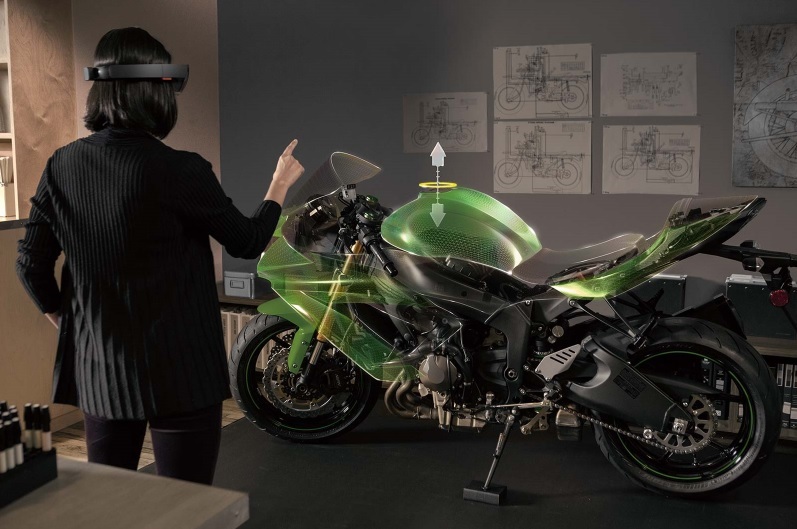 Or have a look at the significant progress made in the autonomous vehicles. I did mention google car a couple of cars, however you must check out Komatsu 930E. 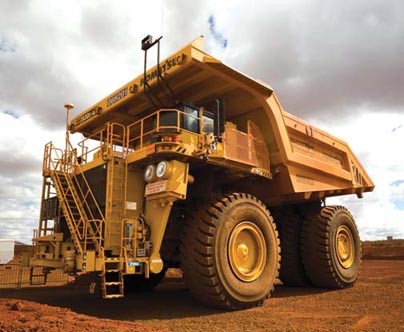 Let me explain: Rio Tinto – The project, deployed in the Pilbara mining region, includes 54 autonomous trucks; it also includes an automated drilling system, an autonomous heavy haul and a long distance railway system expected to be operational this year. Advanced robotics, remote-sensing and artificial intelligence in real life. But most spectacularly, it’s operated from an operations centre 1500 kilometres away from the mines in Perth. The 54 driverless trucks operating in the Pilbara – each one the size of a two-storey house. They have driven 3.9 million kilometres, equivalent to lapping the planet 100 times. Wow.

About the Author: Gunnar Menzel has been an IT professional for over 25 years and is the VP and Chief Architect Officer for Capgemini’s Infrastructure Business. Gunnar is also currently the President for the Open Data Centre Alliance. His main focus is business- enabling technology innovation.

Reinventing the IT channel for digital Innovation
cloud infrastructure services

2019: The year your view of IT will change forever

2019 will be the year when we realign our IT strategy around digital innovation to...