ECIDs
ECID, or Execution Context ID, is a unique identifier to correlate events or requests associated with the same transaction across several components. As a message is passed from composite to composite, the ECID is passed within each message. In other words, ECIDs are used to track a message flow that crosses instances of different composite applications.

Histograms & buckets
Histograms are a special type of column statistics that provide more detailed information about the data distribution in a table column. Histograms help the Oracle Optimizer in deciding whether to use an index or a fulltable scan. These are most useful for a column that is included in a WHERE clause and the data distribution is skewed. A histogram sorts values into buckets to help estimate the cardinality. Oracle uses a maximum of 254 buckets.

Case
Investigating performance issues around purging the Oracle Metadata Repository, I stumbled over the following simple query that was executed by the SOA Suite while running an application:

This is a simple query with a simple WHERE clause returning 22 records. Nothing special. And as an index on column ECID with lots of distinct values exists, I expected the Oracle Optimizer to execute the query using an Index Range Scan.
To my surprise the Oracle Optimizer chose to use a Full Table Scan (see Explain Plan 1 below). The query took 2.79 seconds.

A quick test where I used a hint (/*+ index(composite_instance composite_instance_ecid) */) to force the usage of the index in the select statement shows the following explain plan. The query took 0.19 seconds to complete.

So why didn’t Oracle use the index?
To answer this question, some investigating needs to be done.
Examining Explain Plan 1, using the full table scan, we see that the Oracle Optimizer expected the query to return approximately 124,000 records. In reality, the query returned only 22 records. The Oracle Optimizer is depending on statistics to come up with an execution plan.
Investigating the statistics showed:

So, on average, for every value on the ECID column, 4.1 records are returned by the query. Looking at Explain Plan 2, using the index, the Oracle Optimizer estimated 5 records to be returned. This value is in the same order of magnitude.
But wait a minute, why is a histogram created for the ECID column if it’s holding vast numbers of distinct values? Histograms sort distinct values into a maximum of 254 buckets. So histograms are useful in case of a limited set of distinct values. The number of distinct values (356,992) for the ECID column vastly exceeds the maximum number of buckets.
Examining the histogram (see Histogram Statistics below), shows only 9 buckets out of a maximum of 254 buckets are being used, meaning bucket compression is being used, and thus the Oracle histogram sees only 9 (!) distinct values. No wonder, the Oracle Optimizer chose a Full Table Scan to execute the query as the cardinality estimate is completely off.

and rerun the query.

By removing the histogram the Oracle Optimizer now uses the Index Range Scan on the ECID column to execute the query, resulting in a 15x faster performance and very little I/O.
Coming back to the question earlier why Oracle didn’t use the index at hand, the answer is the presence of the histogram.

But why did Oracle create a histogram in the first place?
To answer this question we need to dive deeper into histograms. The histogram statistics showed a cardinality mismatch. Somehow Oracle is fooled to believe there are very few distinct values stored in this ECID column.
Looking at the limitations of histograms:

The maximum number of buckets puts a limitation on the number of distinct values useful in a histogram. Both limitations are in place to limit resource usage while calculating the histogram statistics.
As the histogram is calculated on the ECID column let’s look at the data. It is filled by a monotonically increasing GUID lookalike. The average length of the ECID column values is 62 bytes. The GUID lookalike is increased on the right side. The data looks like this:

Setting the column size to 1, prevents the creation of histograms.

Hope you liked it and can use it to improve the performance of your SOA Suite application. 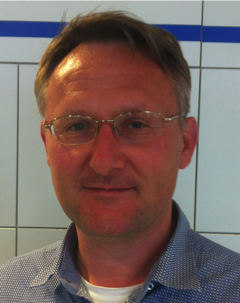 Maximizing ROI across the three components of AI enablement

Artificial intelligence (AI) has become a must-have for organizations looking to gain or...

Maximizing ROI across the three components of AI enablement
AI

Humans have looked to the stars and have felt very small in the vastness of the universe....

AI and ecosystem change
Show all