We are now seeing a group in our workforce who I call Generation BPO.

Outsourcing took off in the 1980s and BPO began in the 90s. As the 90s became the 00s, BPO became more sophisticated and moved up the value chain. Companies still looked to us to cut costs, but they also outsourced business functions because they wanted access to better technology, deeper process expertise and sources of competitive advantage. As skilled outsiders, we were increasingly able to provide that different mentality that helps organisations make a change.

The maturity of BPO has had a great effect on what it offers, but what is often less talked about is what this maturity means for those who work within the industry. Back in the 90s and early 00s, everyone above a certain level who worked in BPO had come from somewhere else, because, when they were graduates, BPO did not exist or was a cottage industry. But now BPO is 20 years old and the graduates who started in the 90s are entering or established in senior management.

I can see this within our own business. A sizeable core of our senior management team have been with us now for over 10 years. Across the whole cohort, the average proportion of their career spent with Capgemini BPO is around a third, and as we look into the younger ranks of management we can see this proportion changing every year.

Meet the ‘BPO natives’
The idea of ‘BPO natives’ springs from comparisons with the better known ‘digital natives’, i.e. those who have spent most of their lives surrounded by the internet and other digital technologies and struggle to even imagine what the world was like before.

It’s the same within Generation BPO. The majority are BPO natives who just ‘get’ BPO, and the huge potential for business value it can bring. These people are business process experts, steeped in the methodologies of global service standardisation, and the design and refinement of target operating models. Critically, they are focused on business outcomes and not just the language of cost reduction and labour arbitrage.

BPO as a career of choice
There are more reasons than ever for top talent to choose to work in BPO from an early age, rather than just arrive by serendipity through other career paths.

If you join a finance, HR or other back-office team in a large enterprise today, you may quickly find yourself painted with a ‘cost centre’ brush, expected to deliver more each year on an ever decreasing budget. The value you deliver (even though it can be considerable) might not be understood or recognised as well as if you were making a similar contribution as an external professional services provider.
I’d say that if you’re a bright young accountant today, joining Generation BPO is far more attractive than it ever has been before.

The birth of a new professional identity?
The more you think about it, the more this all adds up to something very significant. A whole new industry has grown up in the last decade, and that’s quite an unusual thing. However, despite the considerable specialisms and skillsets involved, I’m not sure a BPO professional identity has grown up alongside it yet. Many of us in the industry will still self-identify as accountants, HR or supply chain professionals, ahead of BPO.

If Generation BPO is to thrive, and we are to attract the very best talent to its ranks, I think we probably need to do more to help them. We need to provide more of a structure to the profession itself, and more of a framework for career progression, identity and recognition.

Doing this will involve thinking about some really fundamental points: what makes a profession and what examples can we learn from and follow? When we compare the professional infrastructure and apparatus of BPO to established professions (doctors, lawyers or engineers), what are we missing? What kinds of training, qualifications, associations and communities make up the building blocks of an industry’s identity?

That’s a lot of questions – and rather too many to cover here, but I think this deserves further attention, so I will return to this topic soon in another post. 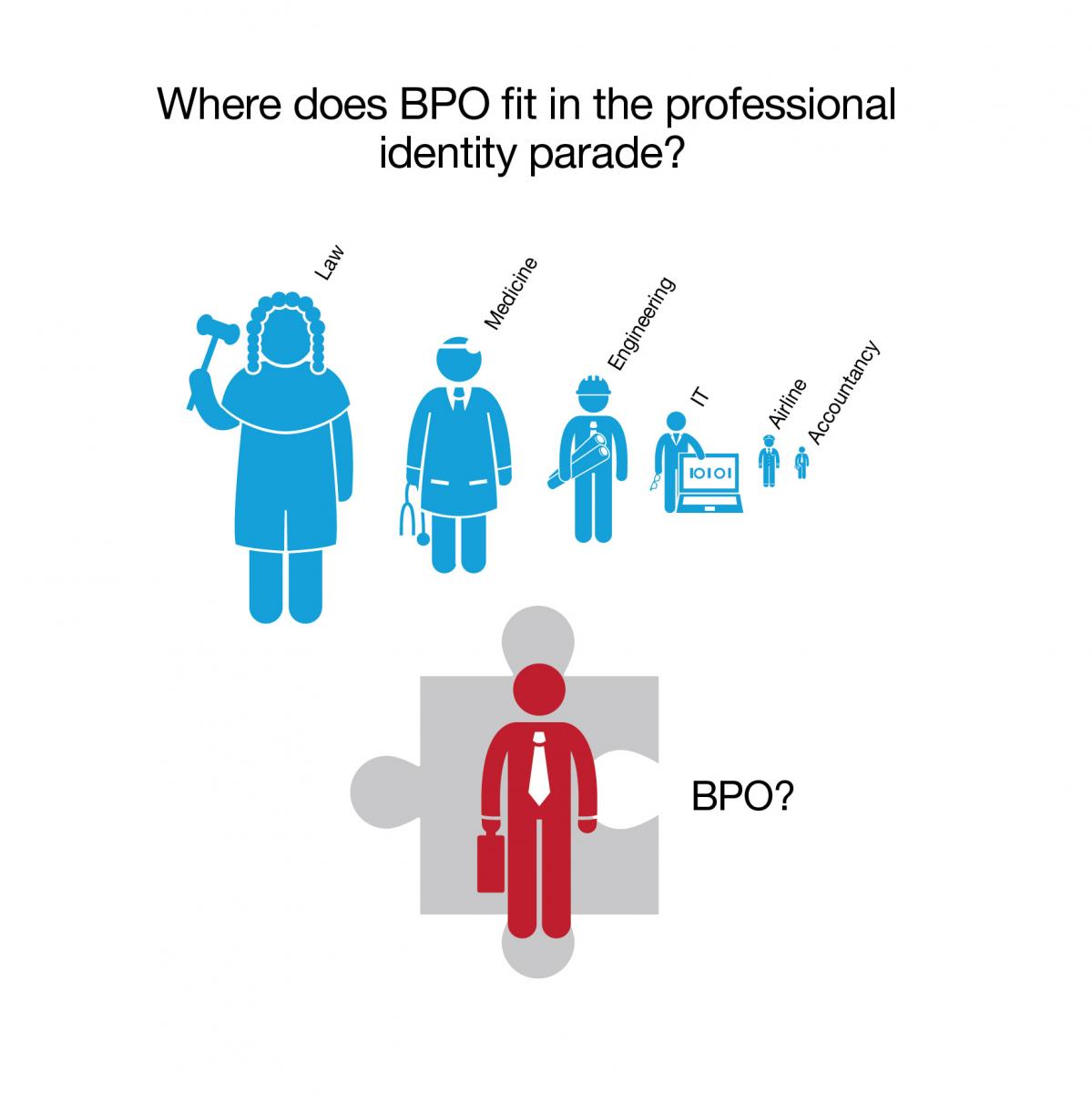 Capgemini Guatemala – a great place to work
Show all