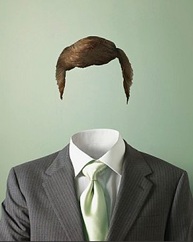 The Silicon Valley, home of many of the world’s largest high tech corporations and a center of technological innovation, has brought many prominent Asian-American corporate leaders to the spotlight, from Nvidia co-founder Jen-Hsun Huang to SanDisk CEO Sanjay Mehrotra. At first glance, it’s easy to assume that the “bamboo ceiling”, a term used to reference barriers which limit the advancement of Asian-American employees to the executive suite, has finally been shattered.

But looks can be deceiving. While the accomplishments of these high-profile Asian-Americans should be applauded, a new narrative on the Asian-American community as a “model minority” has developed around the success of a few outliers to the stereotypes. This misperception has cast a shadow over a widespread, albeit largely ignored issue that despite growing numbers in the work force at large, Asian-Americans continue to be underrepresented at the executive level.

The San Jose Mercury News reported that in the Silicon Valley alone, an area with one of the densest Asian-American populations and likewise workforce, the number of Asian-Americans in high-tech jobs increased to 50% in 2013 from 39% in 2000, and that number continues to grow. However, after taking a look at the 25 largest companies in the Silicon Valley, just 12% of executive leaders and 8% of board members were Asian-Americans. And at a national level, the Wall Street Journal identified that although 5% of U.S. residents identify themselves as Asian, less than 2% of executive roles at Fortune 500 companies are held by Asian-American professionals. So while the success of individuals like Huang and Mehrotra offer telling stories, a closer look at the numbers exposes the reality of the situation that Asian-Americans are in fact underrepresented at the executive level and that very few are actually making it to the top.

Traditionally, Asians have had to face many stereotypes stemming from the concept of the “model minority” – individuals who enjoy a higher degree of socioeconomic success than the population average. The popular perception of the hard-working Asian employee, one who works diligently and quietly as their means of climbing up the corporate ladder, is an ‘oft told story that leaves out the fact that the ladder is usually a few feet shy of the top destination.

A recent report published by Ascend, a Pan-Asian organization for business professionals in North America, finds several root causes as critical limiting factors for many Asians with eyes set on the executive suite:

There’s no question that cultural differences between Asian values and American traditions in business culture have caused many of the barriers for potential Asian-American business leaders. But before we play the blame game, it is worth looking inside the community itself to question whether the barriers are self-actualized or the result of age-old stereotypes and social pressures which are beyond our control.

While there are no clear-cut answers or solutions to the issue of underrepresented Asian-American executives, there are several steps that can be taken to work towards improving the situation both inside with the community and outside. The first and most important is to deconstruct the stereotypical narrative of the Asian-American employee and consider the benefits of diversity and cultural awareness in the workplace. Internally, Asian-American leaders should mentor community members to help build self-awareness that overcomes self-actualized stereotypes and pave the way for future business leaders.

Denise Peck, an Ascend National Advisor and retired Cisco executive, offered CREATE additional recommendations for actions that can be taken to help the cause:

“1. Form a robust, representative, active, visible ERG (Employee Resource Group). Asian American employees can form an ERG to develop and shape the voice of the community inside their respective organizations so that common issues and opportunities can be articulated and presented to the company for visibility and discussion.

2. Training and skills development. I would encourage companies to look at their selection process for their current in-house leadership training, and see whether the people selected to attend these represent a good cross section of diverse candidates.  Beyond that, both the ERG and the company can raise their own awareness and take advantage of organizations that provide training and mentoring programs that are available in the marketplace to help develop leadership skills targeted at Asian American professionals. Example organizations include Ascend (ascendleadership.org) and Leadership Education for Asian Pacific, Inc. (leap.org).

3. Increase mentoring.  Asian American executives, should be encouraged to reach out and actively mentor more junior professionals, and at the same time, these professionals should reach out to mentors and develop these critical relationships in order to get important feedback and advice, to develop networks and hence a broader view of the business.”

Ellen Chen, a Principal with Capgemini, provided CREATE with her own perspectives as an Asian-American employee with the company:

Hi Ellen, thank you for taking the time to chat with us. Can you tell us a little bit about yourself, your role within Capgemini and how long you’ve been with the company?
My current role is the IDS GTM Leader, last year I was the GTM for Supply Chain Technologies. In May of 2010, I joined Capgemini as the leader of the Transportation and Warehousing practice as part of the Supply Chain Practice.  Prior to joining Capgemini, I had a consulting business based in Singapore and the US implementing Transportation Management software.  I have lived in Hong Kong, China and Singapore.

Has identifying yourself as an Asian-American ever been an issue for you?
It is important to acknowledge that we all have different backgrounds and experiences, and these experiences influence not only our own perceptions, but also how we are perceived by other people. At the same time, we must always find our common ground, as that is often what cements lasting relationships with the people with whom we work.

Do you agree/disagree with the stereotypes identified in the article?
For people who believe in stereotypes, any time you find one example it reinforces your belief about all. In any given group, there are people that have certain characteristics and there are just as many that don’t.

Denise and Ellen’s stories are great examples of how Asian-Americans are making their way up the executive ranks eventually getting to the top of the ladder. Reach out to create.nar@capgemini.com for more information.

The mission of the #BeAnAlly Campaign is to increase awareness of Capgemini NA’s Employee...

Mere acceptance of diversity is useful but not sufficient. Concrete actions, policies and...

Imagine the Possibilities…
Show all