Virtualization is the key ingredient for rendering the IT infrastructure invisible and the journey towards the cloud. It reduces costs and deals with the mounting complexity of divergent technology platforms. But there is more. With infrastructure rapidly composed and recomposed from ‘virtual Lego’ building blocks, it enables businesses to become more agile, more responsive and faster. A complete, software-defined infrastructure solution stack that is deployed in minutes on any scalable, manageable ‘container’ platform. If it weren’t so real, it would pretty much become a metaphor for running a business with similar qualities.

Fueled by new and enhanced virtualization technologies – and accelerated by the insatiable demand for computing power – infrastructure advances rapidly. Even though virtualization has existed since the 1960s (originally as the logical partition of mainframe computing resources), it has now significantly evolved past the simple abstraction of pools of processors, memory and storage. Indeed, virtualization is becoming of age, with ultimately infrastructure capabilities combined in containers that are literally business-aware.

Software vendors drive the further evolution of compute ‘hypervisors’ and enable new types of abstraction at various layers of infrastructure. Hardware vendors deliver pluggable modules for hardware virtualization and push on-chip management and security components. Intelligence is being aggregated from the hardware stack into the hypervisor layer and being integrated closely with powerful orchestration platforms to automate operational tasks, thus providing a single pane of management.

Hyper-convergence takes it a few steps further, often in the area of Cloud infrastructure. At its heart is stopping compute, network, storage and software living on their own. Instead it intimately connects and integrates them, packaged into highly virtualized, self-contained and infinitely scalable appliances (‘boxes’ really, as illustrated by platforms such as SimpliVity’s OmniCube and Nutanix).

Another – arguably even more ‘virtual’ – way this trend materializes is through software containers (such as the very young, yet remarkably popular, open source-based Docker platform). They support fully self-contained application ‘packages’ which can run on any operating system platform and in any deployment scenario, whether it is public cloud, private cloud or even ‘bare metal’.

It doesn’t need too much imagination by now to see the link with Lego.

The power of Virtual Lego obviously helps to squeeze the most out of an infrastructure and manage complexity. But more importantly, it massively drives down speed to market. Take a typical SAP ERP environment: using the ‘traditional’ approach it might takes weeks – if not months – to add another ECC instance. Applying virtual, pre-defined and ready-to-run components, the design, build, test, deploy and implementation can be done in minutes. Nothing more than a pipe dream? Far from it; this is a real example.

It is where infrastructure directly meets business, together building on a cellar-to-ceiling capability, combining compute, network, storage and software to create real business outcomes in minutes, rather than weeks or months. 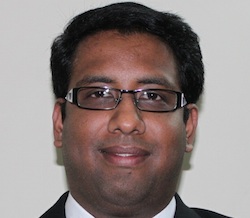 In an era of fundamental change, technology is helping the public sector to transform its...

Predictions that will revolutionize the cloud game in 2022

2020 marked a significant milestone for cloud as organizations surged to leverage the scale,...

Predictions that will revolutionize the cloud game in 2022
Show all