The cloud opens up a world of opportunities; low cost, smart, attractive, user- friendly and dynamic solutions. But most IT departments have a very hard time even trying to keep-up. The clash lies in the inherent and necessary slowness of back-end IT versus the swiftness of the cloud. Enter the API Economy, where the best API will win. Enter times where enterprises realize they cannot predict disruption, customer successes or ecosystem maturity. Introduce your APIs to your organization and let them innovate on your services and data. Let them innovate without asking for permission. Who knows, perhaps success is just waiting to happen, buried somewhere in your core applications.

The inspiration for this trend can be found in the open source communities, recent open innovation initiatives and how some major Internet corporations have enabled radical growth. The self-organizing structure in the open source communities couldn’t happen with a single master plan, instead most of the time, for any single purpose, several projects are competing; a way of winning the crowd is to make sure you nurture an ecosystem around your project. And the best way of attracting co-projects in the ecosystem is to say “Hey! Here’s some cool APIs for you to use. Go play with them and let’s see what magic comes out”.

In many western countries, state agencies and municipals have started publishing open data and open APIs, allowing anybody to consume and enrich the data and services and to build apps and mashups based on it. Some extraordinary apps have come round, a repeated example is train information apps, placing relevant information about actual train status, delays etc. in the hands of the traveller. In Sweden, the most relevant and accurate source of this data is no longer the agency providing it, but an app provided by a one-person company. When travelling, this app is faster, more accurate and richer than the information you can get from the billboards on the train platform.

Another example of extensive API usage is Netflix, which today deploy new version of their services 100+ times per day. This certainly couldn’t happen if Netflix was one tightly coupled set of systems, but with the help of DevOps and using APIs to isolate the components from each other in most ways, every delivery team is free to adopt, improve and expand their service without having to interact with anybody outside of the delivery team. The API is the contract regulating the usage of the service and as long as the team observes that contract, they are only limited by their own imagination and skills. Compare this with major corporations and authorities that would be hard pressed to deliver more than two new versions every year. These organizations would be much helped with introduction of an API Economy and a slew of fractal organization thinking.

The tools for API Economy are to a large extent present in the already known SOA suites, with the addition of API management tools like WSO2, Apigee and Intel’s Mashery. APIs are valuable assets, and you need to treat them as assets that contain value like any products or services.

The main differentiator from SOA comes from a forced outside-in perspective. You need to think about what a presumed consumer could need and how that consumer would like to see your service. How can you facilitate and ease the usage of your service? How can you improve on an existing ecosystem and win over app developers, internal or external? And once there, how can you make sure your service improves, evolves and adapts to the needs you cannot foresee today? It’s a Darwinistic game, where adaptability and staying mean and lean is a better strategy than becoming omni-capable and bloated.

The main effect of going from the presumed predictable and plannable integration driven efforts, shifting the mind-set to creating serendipity will cut the time dependencies within your system estate. Other departments can now innovate on your data and your services, without having told you one year ago what they would do. Internal startups/labs can drive in the speed of the market, rather than in the speed of the slowest back-end system; much inspired by Jack Welch’s famous words “If the rate of change on the outside exceeds the rate of change on the inside, the end is near.”

Salesforce provides a striking example of this API-enablement. Most of the daily traffic – more than 70% actually – to its core applications is based on API-usage rather than the browser-interface; vendors, service partners and customer have been able to build apps, mashups and services without having to know too much about the innards of the applications. And Salesforce can evolve their systems without knowing how their customers are using them.

There are also good examples of apps mixing different cab booking services, e.g. using the Uber booking API to get price quotations and GraphHopper to find the shortest route, based on crowdsourced map data from OpenStreetMaps. Or, if you do transportation pick-up and delivery or do field service work, using the APIs for Optimoroute with multi-stop route optimization could be the easiest solution to the classical travelling salesman dilemma.

The application is the API. The interfaces to your core applications are the key to both liberating your existing IT estate and enabling its innovation and growth. May the best API win! 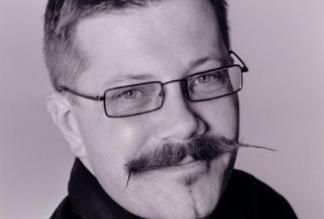 Banks can play a pivotal role in saving the planet and, at the same time, create innovation...

How emotions impact the buyer’s journey
Show all