When you start training at Capgemini, long before you join your first project, you’ll come across the words “go-live” or “cutover”. Maybe it’ll be mentioned by an instructor or you’ll be blasted by a congratulatory successful go-live email. Either way, you’ll have heard of a cutover weekend long before you experience one. This will give you plenty of time to anticipate your first cutover experience. While every cutover, like every project, is different, my first cutover story will provide one real example of how these weekends play out for staff consultants.

I joined my first project in September 2012 immediately following onboarding. After a few mock cutovers, the real thing finally rolled around in April 2013. My role in the cutover was to manage the project plan. This may sound simple but with three separate project plans and one master plan, things got complicated pretty quickly. The cutover was to last for about 80 hours using a 24 hour shift schedule. As a natural night owl, I was happy to have the 8pm-8am shift. After slowly adjusting my schedule in the week leading up to the official cutover, I felt ready to go when it was time to flip the switch.

Even though we had run multiple mock cutovers, there are some things for which you cannot prepare. Like a freak blizzard in mid-April. But that is how our cutover started, scrambling to fly in people from California and get everyone safely to and from the hotel. Fortunately, cutovers don’t always start with the flurry of activity that one might imagine. After about 15 minutes of kick-off tasks, everything slowed down for about ten hours. This may sound boring but there’s nothing like ten hours of story swapping to really bond coworkers. That, and watching a beautiful sunrise from the office with a group of people that has been in the same room together for at least 8 hours. 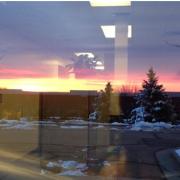 After my experiences in the mock cutovers and then the real weekend, I learned that there are 3 keys to a successful cutover:
1. FEED THE NATIVES. I personally believe that cutover’s cannot be successful unless everyone is very well fed. In my experience, we were lucky enough to have both catered meals and some home cooked options in a well stocked refrigerator.  There may be nothing as satisfying as lasagna as 2:30 in the morning. And yes, that was my lunch time.
2. CAFFEINE CAFFEINE CAFFEINE. The amount of caffeine being consumed in our war room at any one time could have taken down a horse. The coffee machine was always brewing and was supplemented by a steady flow of soda and energy drinks.
3. HAVE FUN. Obviously cutover weekends are serious business. Your team and your client have been working for months if not years just to get to this one weekend. That being said, if you don’t have some fun, you might go a little crazy. Plus, there’s almost always periods of downtime. During my first cutover, we kept a list of the most memorable quotes. Not only did this help us keep a light mood during downtime, it also provided some amazing entertainment for the post-go live party. The highlights included: “We had to slow it down to make it go faster”, “I don’t know but I’m taking off my sweater”, and an entire email chain between the cutover lead and the client lead exclusively in nautical lingo. Think “land ho”, “anchors away”, and “aye aye captain”.

After my first cutover, the Capgemini team was lucky enough to be included in a celebration of the efforts that had led up to the successful go-live. We toasted our hard work and even had some fun roasting some of the key players. I was thrilled to be part of a successful go-live. Not only had I contributed to the team that had accomplished that feat but I had also learned more in 80 hours than I thought I could. Plus, I got a pretty cool medal and even cooler memories. 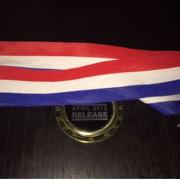 How to liberate your legacy applications to unleash powerful, agile next-gen apps
Applications