Centrally gathering all requirements, compiling them into a list of mobile initiatives and then building the apps – one by one – does no justice to the development potential of the crowd, nor does it provide a short time-to-market. Focus on building a ‘hub’ platform instead: a catalog of enterprise-level services and APIs to catapult new apps, built by yourself and others, both inside and outside the company, by individuals, business units or external partners. Then focus on mobilizing, enabling and supporting your end producers; they will create the greatest mobile apps in return.

Apologies for starting with an almost classic statement by now: apps are here and they are here to stay. But I would like to argue there is a completely different way to leverage the app effect. This involves not investing in apps anymore, but to do something that a growing number of organizations are successfully picking up: think Platform First.

Many organizations have spent a lot of money and effort building apps to engage with their customers and employees, but they feel themselves continually haunted by the need for new versions, new apps and even support for new devices. It’s a Car and Scooter world in which it can be difficult to prioritize; it’s a tough job to get the right requirements from the business side anyway – volatile as they are – and budgets are limited.

The result? Impatience and dissatisfaction, on the business side and for the customer base and workforce. In some organizations, business units may choose to develop their own rogue apps out of frustration, with all the potential risks around security, integration and manageability.

Providing a mobile platform (or hub) that connects the two worlds can mitigate these risks while also unleashing the power of a community far outside the perimeter of central IT.

There is technology that can improve the interaction between the highly consumerized outside world and the corporate systems of record (the latter typically the bastion of central IT). This technology includes Application Programming Interfaces, or APIs, giving access to crucial data and services within the corporate systems but also to capabilities that help to quickly build powerful, safe and consistent mobile apps.

Using APIs, an organization can build its own mobile engagement platforms, reaching out to its own business units, all the way to consumers, business partners and even competitors. It’s not just a great way to more quickly create better mobile applications; it may also unleash unexpected sales channels and alternative ways of doing work, even pointing to entirely new business models.

With that, building a mobile/API platform involves much more than just selecting technology and building the right services. Organizations need to think about how and to whom they will make their catalog available, what the terms and conditions should be, and if there should be any form of subscription model. And most importantly, they should find ways to reach out to the potential community of creative developers – inside and outside the organization – and inspire them to start working on new apps. Then, it’s a matter of staying engaged in order to find the most valuable additions to the platform and keep the flow of apps coming.

Lately, we see many vendors joining the API party (also in the context of ‘The Internet of Things’ by the way, where APIs are just as crucial for the success). They focus on capabilities to quickly build new APIs that are secure, easy to use and manageable. A few players you may want to be aware of include: WSO2, Apigee, IBM’s Cast Iron and Intel’s Mashery. These vendors support established telco companies, retailers and even financials that all successfully leverage APIs for their business.

A striking example can be found at online retailer bol.com (find their APIs here). Bol has been actively working on positioning its APIs to the outside world, rather than focusing on building its own mobile apps. The result is a whole series of apps, all incorporating access to the bol.com platform. There is an enthusiastic developer community, actively supported by the organization. Contests are held and – maybe even better – commissions are earned when an app is being used by customers to buy. As another example, at the time of writing this post salesforce.com is hosting a hackathon to inspire entrepreneurs, developers and designers to build the next-generation mobile apps (and maybe even business models) on top of its platform; substantial prizes can be won.

Your user may also turn out to be your favorite producer. Or to put it differently: your most successful salespeople might soon turn out to be developers coding with APIs. 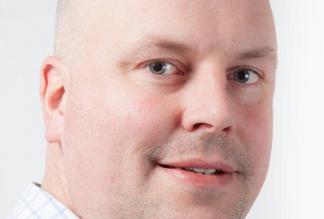 “An expert is someone who knows some of the worst mistakes that can be made in his subject,...

The key challenge for banks before the pandemic was to learn how to collaborate effectively...

Innovation in the Intelligent Enterprise

At a time when constant change is the new standard and the monolith ERP has no alternative...

Innovation in the Intelligent Enterprise
Show all