Inconsistent interactions between functions across our organisation, manifest themselves as a plethora of IT interfaces with high ongoing operating costs to annually maintain. Could the famous phrase by Donald Rumsfeld and, an unstructured big data approach be the answer?

In part one we considered the benefits of using a big data approach to simplify and demystify the relationships between our organisation, the customer and the market in general. We concluded that big data based ‘associative’ technology should be better able to handle the increasing quantities of unstructured data over traditional structured approaches.

The propagation of hundreds (if not thousands) of ‘little interfaces’, built using traditional structured technology on ‘fixed perspectives in time’ of any given relationship have a HUGE HIDDEN operating cost associated with them. 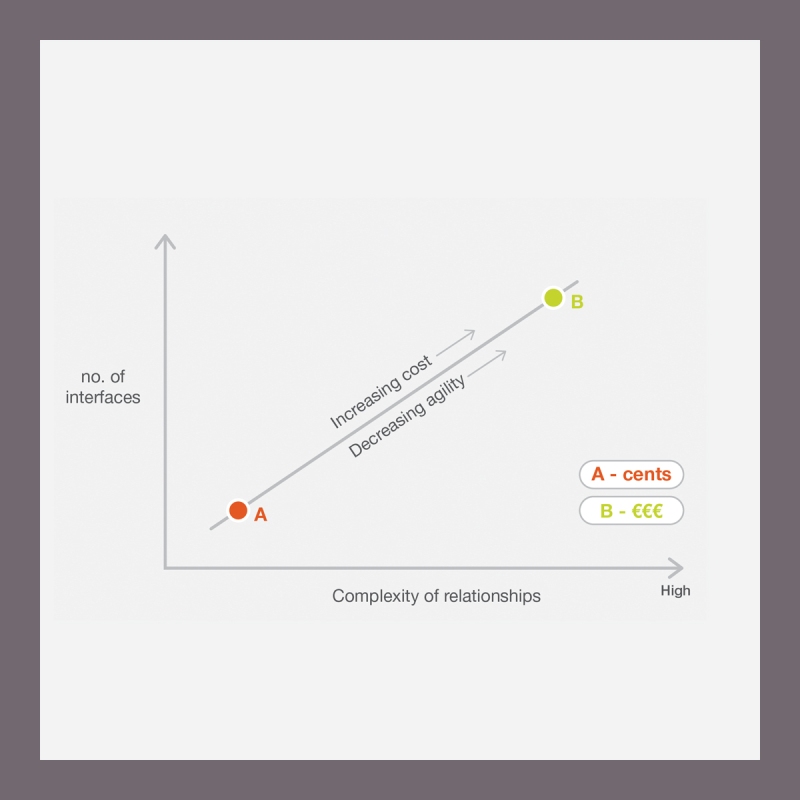 Figure 2:  The hidden cost of interface propagation by relationship complexity

1) Known knowns: Our interfaces are more likely fragile than agile

As we can see in figure 2, the more ‘little interfaces’ we build to represent ‘siloed’ perspectives of increasingly complex relationships, the more costly our IT operations both in terms of build and ongoing operating costs (maintenance of interfaces).

Given, that in my personal analysis across tier-1 organisations, each fixed interface costs in the region of £10,000 to build and £6,000 per annum to maintain and, that hundreds (if not thousands) of interfaces are not uncommon, this represents expensive fragility in our organisations’ ability to handle market change in a manner than makes the CFO and the CIO comfortable. Furthermore, on average, organisational data is duplicated up to six times across key data stores and as such, the interfaces publishing to and subscribing from this information have further complexity to deal with.

So, Donald Rumsfeld aside, why do we continue to attempt to structure the unstructurable in interface terms?

Its simple, it is generally deemed quicker and therefore cheaper to build fixed point interfaces as a ‘one-off tactical exercise’ than it is, to model and develop them corporately. This is indeed true from the upfront cost and effort perspective but, as maintenance and business-as-usual changes kick-in, this initial saving is wiped out over and over again as macro-changes to the interfaces need to be managed in multiple places; we need to harness unstructured and big data approaches but, these represent ‘unknown unknowns’ for our organisation and therefore both potential risk and cost against the known risk and cost of building another little interface; its time to change opinion at the C-level.

Next, to get to the final phase of our big data business case, that of a big data startup pilot, our elevator speech with the CFO will need to initially consider one of these trains of thought:

The first approach is the most simple and, is likely to resonate with the CFO, COO and CIO equally but, it’s benefits will be primarily short-to-mid-term; as once the annual costs of ongoing maintenance have been removed in year 1, the CFO is unlikely to give you recurring credit in subsequent years! The second approach although more complicated, will resonate more with the CIO and CMO at first but, it’s benefits will be more mid-to-long-term.

Indeed, we could phase both approaches to get things moving on cost reduction whilst your big data pilot identifies possibilities for revenue generation as long as progress is monitored using actionable metrics. Whichever approach you decide to adopt, keep it simple and make it tangible in cost or revenue terms at this stage to provide the necessary impact and, most crucially, select a key business painpoint (a ‘known unknown’) on which to form the basis of the story for your business case.

So what is next for our evolving business case?

So far, we have quantified the number of fixed interfaces in our organisation, the amount of data redundancy and, assessed our overall data agility. Furthermore, we have considered the areas where B2B and B2C interaction are thought to be the most dynamic and most unstructured, assessed the cost impacts and/or revenue potential of adopting an unstructured/big data approach to manage these interactions and finally, crafted this into a 1 minute elevator speech prior to developing the full story of our business case.

In the final installment of this blog series, we will ‘fully’ craft our business case into a story which will be co-supported by a big data pilot.

Gesture recognition for a safer, more inclusive society
Show all