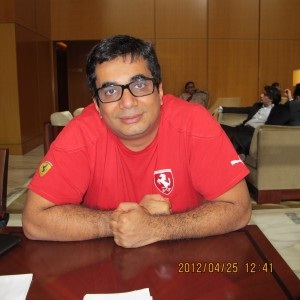 Entrepreneurs, engineers, and designers are crucial for turning ideas into innovations. The same goes for investors, people prepared to invest in risky projects. Most start-ups would have a hard time launching without them, or at least reaching a point where they become relevant. The good news is that innovators are beginning to find investors, no matter where they are in the world.

Ironically, the difficulty isn’t generally lack of capital. On every step of my trip, from Dakarto Recife, Manilato Hong Kong, I heard nearly the same thing: “The money’s there, but the people who have it don’t want to invest in digital or risky ventures.”

Since their money was made in tangible goods, they’re hesitant with the virtual. They’re not comfortable with venture investing, where uncertainty rules. Start-up investment is risky: the percentage of entrepreneurs who actually succeed is slim. But the ones who do can earn 10, 20 or 100 times their initial investment.

These reservations are progressively weakening, in different ways in different countries. Fred Aruda, who works for NascenTI, a Brazilian investment firm, complains that “the country still suffers from money that was spent wrong,” money spent on shopping centers, for example. But, he says, “things are improving.”

Andrey Gershfeld, partner at the Moscowfund, ABRT, says ofRussia: “For the last few months, we’ve been helping create funds. Money often comes from businesspeople who made their money offline. They lack expertise, but are ambitious and have enough capital to be forward-thinking.” Which leads him to think that we’re at an inflection point.The question becomes: what changed their minds? To generalize, the media attention given to successes like Apple, Google, Facebook and Instagram shows that it’s possible to make money with IT. But the response ofDubai billionaires has been to invest in funds located onSand Hill Road inMenlo Park, home of the major Silicon Valley investors – not inDubai.

In all cases, the ultimate trigger is when a local company succeeds.  I was told this everywhere. In Israel, it happened in 1998, when AOL acquired Mirabilis for $400 million. Mirabilis was a tiny start-up created by a team of four, who had developed ICQ, the first successful chat service. This was the biggest influence on Israel’s upward spiral.

There are many examples in India. One that I noted was IndiaGames, acquired by Disney. It started the same dynamic, at least in Mumbai.

Chance and disorder rule this first stage. But the next, prepping start-ups to give them the best chance of finding market success, is a more structured process, one that I’ll discuss in my next post.

Skilling your workforce for what’s next
Financial Services