Superstorm Sandy caused a lot of devastation last month, including leaving millions in the New York area without electricity. While our family was blessed with not having to deal with flooding, a blackout meant no Wi-Fi and only a few hours of electronic device use. We were well prepared for the storm with two fully charged 3G devices, along with other essentials like drinking water, canned food, batteries and flashlights. For the better part of 48 hours without access to high speed internet access, we had to rely on an overly congested 3G network during short bursts of connectivity to the outside world. Accessing email, informational websites, and social apps in that context of use highlighted a few lessons that apply to the way we design and manage online user experiences: 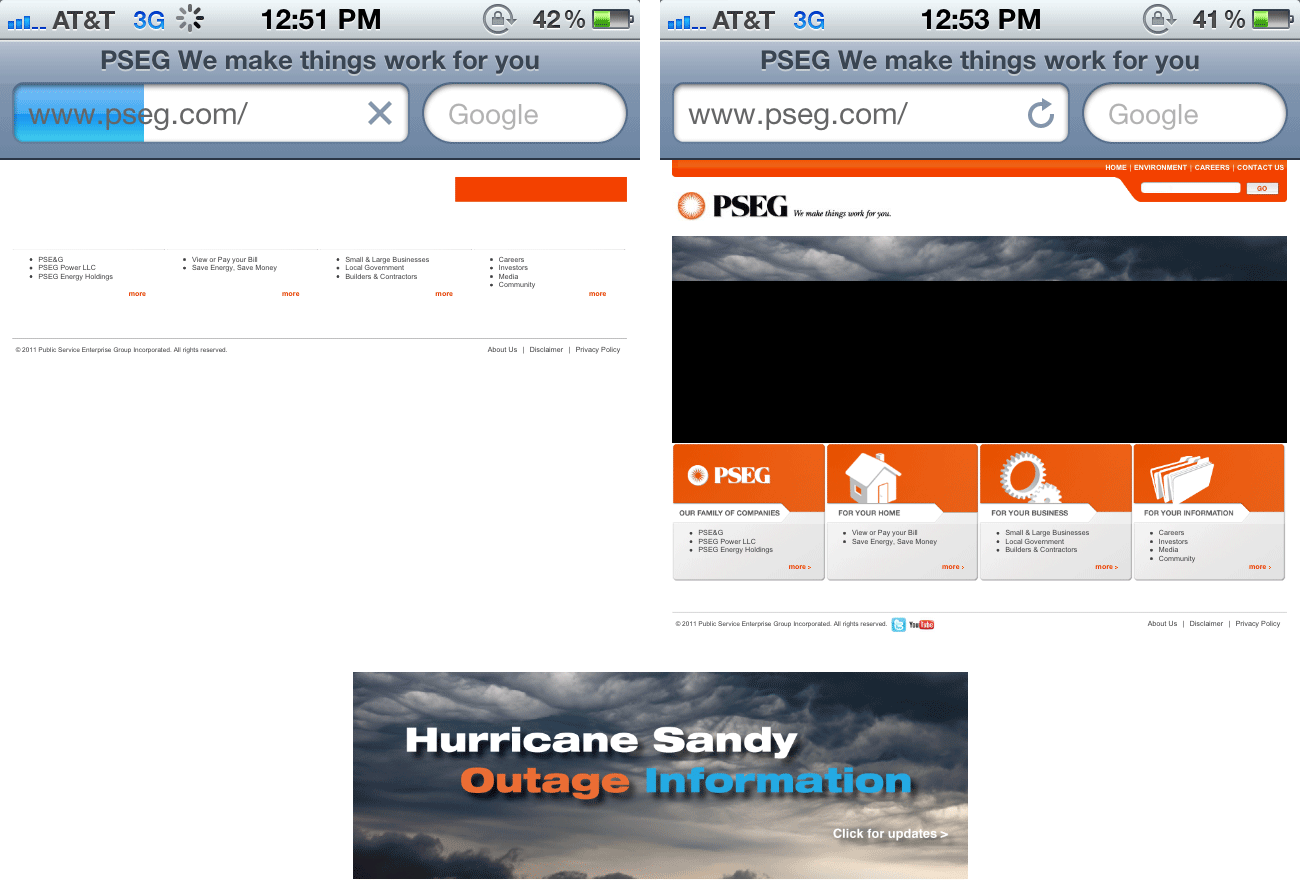 Top: The images would not load on a congested 3G network, with seemingly no information about hurricane Sandy; Bottom: the 300 Kb banner that would not load, contained the link the users needed.

Sandy came and went away, but some of these user experience takeaways will serve your users well in normal times, especially when they are faced with limited time, connectivity or bandwidth.

Our workplace solutions are user-centered – but what does this really mean?
Show all