Before heading off to Asia and the US, I wanted to make some initial summaries of what I’ve learned during my travels. The first was an article on the idea of ecosystems, published in July. This one, the second, is about start-ups that are global from day one. I’ll follow this one up with a post on the importance of design and design thinking, and another on entrepreneurs as change agents.

The first question any new start-up needs to ask is which market to address: local, regional or global. Local markets are the easiest, but having global aims at inception is the best approach. There’s nothing impossible about it: you need a pragmatic and reasonable mindset, but one that can also seduce investors. It’s more fun, too. 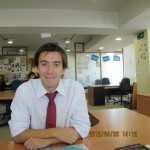 I started to realize that it’s possible to launch a start-up with global – or at least international – aspirations when I profiled the Chilean government’s Startup Chile initiative, created to drive innovation in the geographically isolated country. The English-language program awards $40,000 to start-ups from anywhere in the world, with only two conditions, according to its director, Horacio Melo: “That one of the founders lives in Chile for six months and that the idea is global, meaning it’s scalable.”

No less than 320 start-ups from 35 countries were invited to participate in the program’s first year. Among the best examples of one with a global aim is Jogabo.com, created by Jeremy Melul and Mehdi Djabri. It’s a social network that helps people organize soccer games anywhere in the world. Someone chooses a location and time, and interested players sign up – people looking for games in their region use the “discover” function. It lists games in Paris, Madrid, São Paulo, New York, Hong Kong and other cities.

Along a similar line is Gidsy.com, launched by two Dutch brothers (both designers) and an Austrian developer, all based in Berlin. The business model is built into the site’s function, helping users find fun activities in their city or others: yoga classes, walking tours of museums or tourist spots. 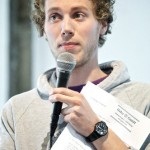 “The idea,” says co-founder Edial Dekker, “was to offer interesting things to do. Instead of impersonal tourist spots, we suggest activities.” The site offers everything from cooking classes to airplane tours. In Barcelona, for example, it offers wine tastings and tours of lesbian bars or mosaics by the city’s most famous architect, Gaudi. Besides the Catalan capitol, Gidsy is available in places like New York, Los Angeles, Ghent and Istanbul.

The business model is simple: an organizer creates an activity for groups of no more than 50 people. Customers reserve a spot and pay through Gidsy, which keeps 10% of the revenue upon the activity’s completion.

It’s a simple idea that would work pretty much anywhere the world. The site is in English, like Jogabo and Craigslist, the classifieds site launched 17 years ago in San Francisco, which now has listings for more than 700 cities in 70 countries.

What’s fascinating is that there are companies around the world that can almost instantly target the global market.

An example from Jordan is Zaitouneh.com, a site that summarizes culinary recipes in short videos. It’s a great way to know the basics of a dish, while leaving freedom to improvise. It could be great for singles or busy couples. The recipes, which were in Arabic for Ramadan, will soon be available in English. 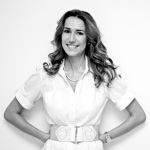 “The 20 chefs who help me right now are mainly Jordanian,” says the site’s founder, Fida Taher. “But it’s not limited to just one sort of cuisine. People search for recipes they don’t know.”

Taher wants to be global as soon as possible. All Zaitouneh needs to do is dub the videos into different languages, and adapt recipes to different regions.

“Recipes are a great advertising platform,” she says. “For example, we could recommend the best brand of milk for a certain dessert. We can also syndicate the content, because our biggest cost is producing the video. Dubbing into another language is cheap.”

Israel’s Waze is the most ambitious example of a start-up that has global potential from its inception. Co-founder Amir Shinar describes it as “a social mobile navigation app, or better yet, a social mobile commuting app, to help people with their daily commutes.”

“All the information comes from our community of ‘Wazers,'” Shinar says. “Our algorithm collects the data and suggests the best routes, depending on traffic conditions.”

Users download the Waze app and their GPS provides the data on the roads they drive – building Waze’s maps, piece by piece – as well as their driving time. It’s easy for users to participate and help make the data better, which is an essential part of the app. “If you modify the map by taking a different route,” Shinar says, “it can help you on your next trip, and help others as well.” The app’s business model is tied to advertising, which is extremely effective when it’s for places on the user’s commute.

Six months ago, the app had slightly over 10 million users. Now, Waze has more than 20 million users in 50 countries, gaining 1.8 million in June alone. Some maps, like Saudi Arabia, are barely filled in, while others, like Israel and the US, are practically complete.

Thinking globally from inception is technologically and economically possible. It’s also necessary, especially for start-ups from small countries that can’t count on their internal markets for large growth. No matter if that start-up hails from Jordan, Israel or the Netherlands.

It’s also a necessity for a large number of today’s technologies, since the pace of innovation means most will disappear before reaching their full potential. Many of today’s ideas are easy to copy, and in a world where innovation hubs are multiplying, the only way to guarantee an advantageous position is to seize the largest possible part of the global market, so that companies that follow would rather work with you than copy you.

The need for clarity, utility, and flexibility of thinking are fundamental to creating the...

What comes next for order-to-cash in 2021

2020 showcased all the different ways technology can be used to make life a little easier,...

What comes next for order-to-cash in 2021
Show all