Tech innovation will always need engineers – and savvy geeks – entrepreneurs, and investors excited by risks and the opportunities that come with them.

Everyone has their own recipe for success, so there really is no one true way to do things.

It’s like brewing, the co-mingling of important elements. The mix is even richer, potentially more disruptive, when you add a good bit of design; design thinking, even. 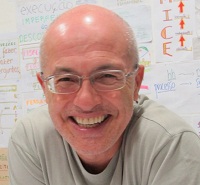 Design’s importance in innovation, notably for emerging countries, was brought to my attention by Silvio Meira, professor of computer science in Recife, a city in the north-east of Brazil that is the country’s third-largest technology hub, behind São Paulo and Rio de Janeiro. Meira is convinced that Silicon Valley companies are wrong in thinking that they can maintain dominance by manufacturing in other countries but keeping control through design; The Apple model.

“Design is brainware,” Meira says. “Brazilian brains are as good as any other.” He uses the term like one would use hardware or software, to signify things that are products of the mind. As a specialist in information and communication sciences, he think that Brazil is still far from being able to produce algorithms as sophisticated as Google or Facebook’s, so Meira advocates design. He helped Porto Digital branch into creative industries, advertising and media, as well as innovative apps – in sectors where design is essential. The company just launched Ikewai.com, a company of business designers.

As a good counterpoint, several people I interviewed in India noted that their country has traditionally not accorded much importance to design. “For a long time, you’ve been able to sell any product, no matter how poorly designed, from the moment it works,” says Kachan Kumar, president of the Mumbai chapter of TiE (The Indus Entrepreneurs), an association founded in Silicon Valley to encourage Indian entrepreneurship throughout the world, using the capital and experience of a successful network.

“To the middle class, design can be desirable but not necessary, since you can live without it – and it’s expensive,” Kumar says. “Art is traditionally reserved for the rich.” 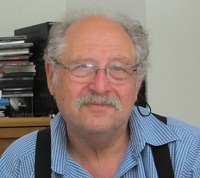 In Israel, Yossi Vardi, the country’s godfather of IT, says that “design is an important element” in the innovation process.

“Today, the Internet and mobile have become works of art, a new kind of art,” he says. “Technology is a medium – like a canvas, clay, paper or stone – where art and talent can be expressed. Without it, you can’t attract users.”

The company that has done the most to convince us of design’s importance is obviously Apple. It proved that companies should be concerned with more than just making computers and smartphones that work, that aesthetics and ease-of-use play a big role in our purchasing decisions.

IT innovation is therefore better seen as being the fruit of a creative tension between engineers and designers. It recalls the tension in the beginning of the personal computing era between the adherents of artificial intelligence and those extolling the “augmentation” of the human mind through the use of – why not? – LSD. Their leaders were Stewart Brand, creator of the Whole Earth Catalog – the hippy bible – and Doug Engelbart, inventor of the mouse and the first promoter of the graphic interface and hypertext links. It’s no accident Steve Jobs belonged to this group. In 1995, Time Magazine published an article entitled “We Owe It All to the Hippies” describing this tension, one fundamental to the history of IT.

Things have changed since then. Today’s designers don’t have much in common with last century’s hippies.

Design today is no longer confined to artists. Since it’s essential to certain conceptions of the innovation process, it has become a valuable tool for solving problems creatively: design thinking.

In his book Change by Design, IDEO president Tim Brown lays out three principal steps: “learning the lives of others,” then observing, meaning mainly “seeing what people don’t do and hearing what they don’t say.” The idea is that focus groups don’t accomplish much. You need to investigate people’s needs, beginning with the ones they don’t express. Then you need to show empathy, “stop treating them like lab rats” and “put yourself in their shoes” to understand them better.

This requires a lot of effort by multidisciplinary teams, with phases of interpretation, generating ideas by multiplying conversations with brainstorming sessions, followed by prototyping to see which ideas work the best.

These steps aren’t linear. They should be used partially at the same time, and repeated as often as needed. It calls for an evolving approach, observing the idea and the prototype’s implementation. 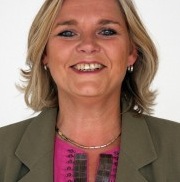 Design thinking is now taught in a growing number of universities. I visited one in Rio de Janeiro, la Escola Superior de Propaganda e Marketing, and one near Berlin, in Potsdam, the Hasso-Platner Institut, better known as d.school. Created in 1998 by the co-founder of SAP, the largest software company in Europe, d.school paved the way for the creation of an institute of the same name at Stanford University, in 2004.

But is design thinking’s influence seen everywhere in Silicon Valley, which houses Apple, IDEO and Stanford? Undeniably, even if you note the German influence behind d.school’s creation. But the point that Silvio Meira raises is still valuable: it’s brainware, a method easily carried to other places and adapted there. It requires less costly, less lengthy education and training than those required to build complex algorithms. And there’s nothing preventing companies from working in both directions at once, as they do in Recife.

“I dream,” she says, “of creating a school of design thinking for emerging markets.”

It’s an idea that can’t wait. In Africa or anywhere else.

How we are reaching our ambition to be carbon neutral by 2025 and a net zero business by...

Why a fresh digital delivery framework for seamless and modern digital applications...

How new-age applications can add real business value and competitive advantage across your...