One of the truisms is that one by British PM Disraeli is ‘lies, damned lies and statistics’ the point being that you can manipulate statistics to show what you want.  The London 2012 Olympics (which as a Brit who attended one of the events with his kids I have to say are fantastically well organised) give us a great example of that.  The question is simple ‘who is top of the medals table?’ surely a basic question with only one answer?

Well there are two ways of looking at this an its all about ordering.  The first one is the ‘official’ one, by which I mean its the one that is used on the London 2012 website, and its the format used by the IOC and Wikipedia and interestingly (as we’ll see in a bit) by Russia’s Pravda who have a bit of a history when it comes to manipulating facts. 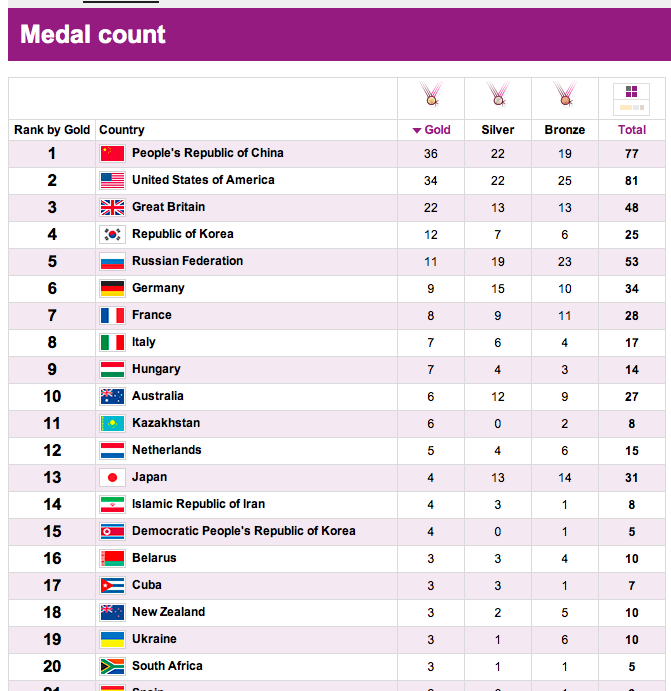 So in this table we see that the top five in order are: China, US, GB, South Korea, Russia.  This is the view around the world including Russia.  So what other view could be given?  Well over at ESPN they’ve a different table this one is sorted first by the raw NUMBER of medals. 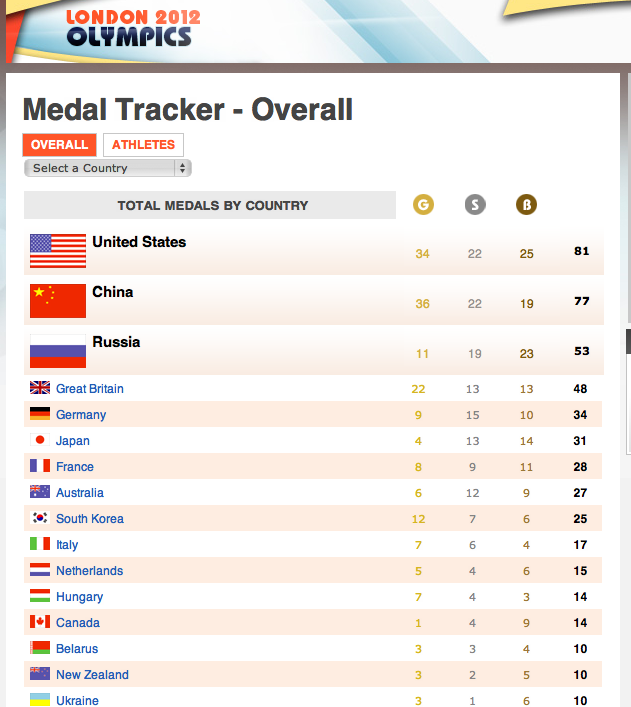 So here the top five in order are US, China, Russia, GB and Germany.  South Korea drop right down the table and Russia leap-frog GB but maybe most interestingly in this version China drop to second with the US coming on top.

Now few people would argue that a gold medal is harder to get than a silver which is harer to get than a bronze so which of these two is the most accurate representation of who has done the best?  If we took a system of 5 for a gold, 2 for silver and 1 for Bronze we’d get yet another table this time with China, US, GB, Russia then Germany so South Korea would drop to 6th in this version. So with ESPN bucking the trend is this something they’ve done for ever?  Well no, when reporting the Sydney 2000 medal table and Athens 2004 they went with the official view: 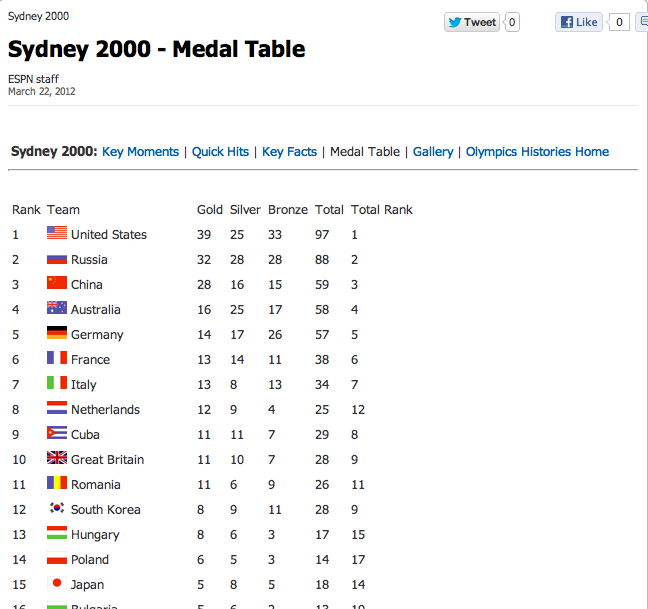 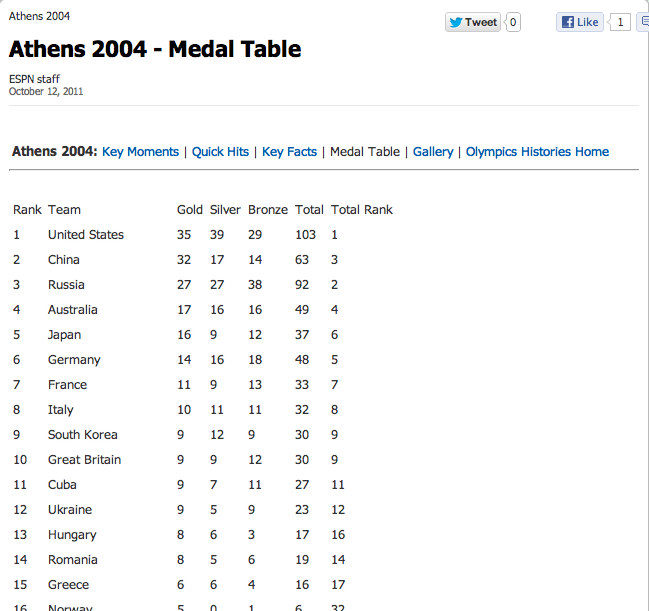 So when did they change? I hear you all saying ‘Beijing 2008‘ well in fact no. 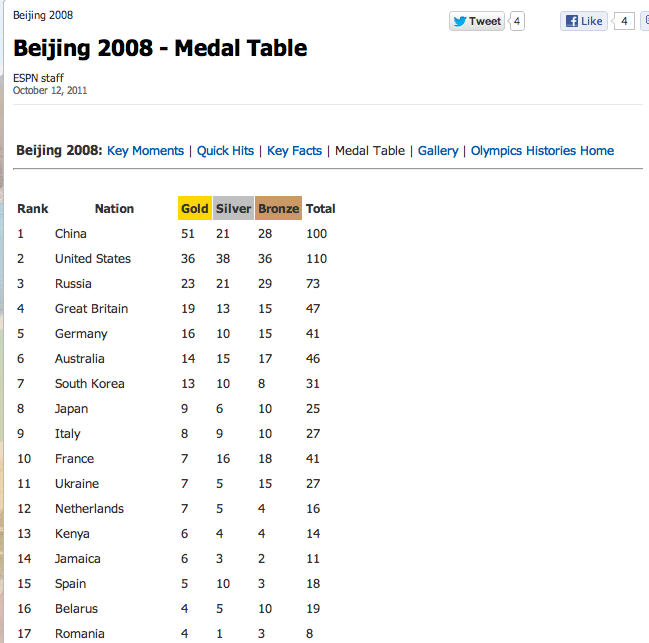 So in other words London 2012 is the first time that ESPN have decided to default the report based on total number of medals.  The last Olympics were the first time that the US wasn’t first under the Gold medal count in the TV era so maybe that has something to do with it but the fundamental piece remains.  US TV Audiences are seeing a different perspective of their sporting achievement and this is something that reflects more widely when creating business reports.  You can create the report that says ‘We are number 1’ but if the rest of the world sees you as number 2 or worse then it really is a fake perception that you have.

When looking at how you present numbers its important to really consider what they represent in the real world.  Its all to easy to manipulate the representation to executives so they think things are going well, its also easy for executives to shout at the reports guys for showing them ‘bad numbers’ rather than actually recognising the numbers are bad.

Now some people will point out that the ESPN and London 2012 tables allow you to sort by any column, but the key here is the default.  This is the critical first impression and the statement of the ‘most truth’ around the information.  As soon as someone interacts with the information they will see that it is their action that has made the change away from the published standard and therefore its their action which has (if sorting by gold medals) ‘relegated’ the US into second place.

I do find it interesting that Pravda are continuing with the traditional view given their history of manipulation while ESPN have taken a different route.  Whether ESPN took the lead in this change or NBC, whose own medals table is ordered by total medals as well, really isn’t the point the critical element right now is that the perception in the US is that they are the top of the medals table, the best in the world, the premier sporting country.  The rest of the world believes that accolade goes to China right now.  With a few days left there is clearly opportunity for the US to win on both total medals and gold medals but right now the presentation gives us two views of the world, both to the question ‘who is the best’ and ‘who are the top five’.