Responsive design is the hot new thing in web design at the moment and rightly so. It creates solutions, which truly puts the users in the center, no matter what device they choose to access the Internet on.

As described in my previous article responsive design caters for different screen resolutions by, at the most basic level, resizing and repositioning content.

A simple example of a multilingual responsive solution

But what does responsive design bring to an international website? Let’s say we are designing a UK-based website about traffic regulations. The main navigation has traffic related buttons such “Speed limits” all designed to fit neatly at the top of the screen.

However, we decide we want to extend the site to cover the rest of Europe in major native languages such as German where “speed limits” is “Geschwindigkeitsbegrenzung”. As you have probably guessed it doesn’t fit the navigation bar design. Re-designing the buttons to be wider is the answer although it is at the expense of a few of the main navigation items… but moving “Contact” to the footer is ok, right?

Following on from the success of the Europe launch, we decide to go global. “Speed Limits” in Japanese is “速度制限” and we now have a main navigation bar with buttons wide enough to fit 36+ letter long words, but with only 4 letters in them!

Different nationalities react differently to content. Red, a warning sign in the western world is a colour of luck in Asia.

Likewise online, people in some countries prefer minimalistic web interfaces with simple task-oriented user experiences, while other nationalities feel more at home in busy interface with lots of options and content. Of course regional broadband speeds play a role in this as well. 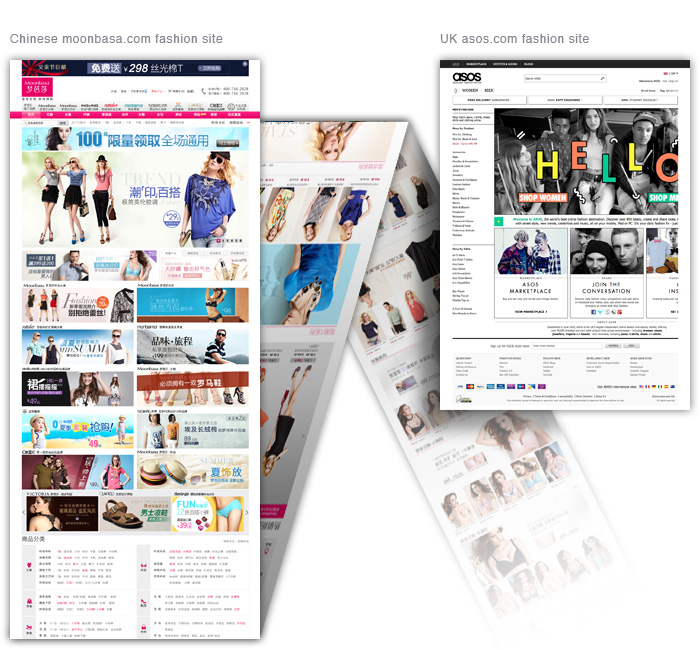 Looking to the future

While responsive design is a new concept it has already taken a firm hold on the Internet, so what do the future hold?

What do you think the future of responsive design will bring to real user-centered design?