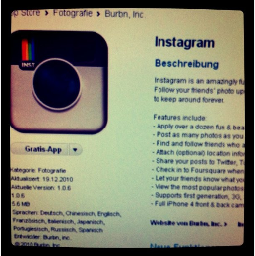 The billion dollars that Facebook paid for Instagram – much of it in stock options – seems like a lot of money to buy a company that isn’t even profitable. But one of the reasons for the acquisition of the smartphone photo-sharing app is Facebook’s pending IPO. More importantly, its an apparent confirmation that everything happens in California, and that a global tour of innovation might not be a good idea.

Instagram’s founders,  Michael Kriegerand Kevin Systrom, are Stanford graduates. Their deal with Facebook shows  the region’s advantages: the network of relationships linking people with ideas and people with money. People who have succeeded happily write checks for others who have little chance of success but who, in the rare case of a win, win big.

The  New York Times explains that, thanks to an introduction done by one of his former Google colleagues, Systrom received a check for $250,000 after a simple pitch to a “friend of a friend.” This is unthinkable anywhere else, even where there’s money. In this, Silicon Valley’s advantage is not close to disappearing.

Oddly enough, the key to understanding the logic behind this was provided to me in Kuala Lumpur, Malaysia, where I was when the deal happened.

“The ideas that people here have are as good as those in California,” says  Kal Joffres, director of the Tandem Fund, a Malaysian firm investing in social businesses. “In the U.S., there are enough early adopters to have an early idea of how people will react to a service or product. That’s not the case here.”

The proof: Instagram gained its first 25,000 users in 24 hours. At the end of 3 weeks, that number had grown to 300,000. When it launched for Android devices, it gained 10 million users in 10 days, reaching 40 million users total. Are Silicon Valley companies the only ones capable of innovation? Ironically, Instagram seems to illustrate the opposite.

Take, for example, alternatives to Instagram. The Next Web lists eight. Among them are Pixlr-o-matic (Sweden), Tadaa and EyeEm (German) and Lightbox (U.K.). Further search finds Stepcase (Hongkong) and Pudding.to (Korea).

There’s also the fact that  Michael Krieger, Instagram’s co-founder, was born and raised in São Paulo, Brazil. With a degree in “symbolic systems and computer-human interactions,” he’s a brilliant engineer.

This is a perfect illustration for the title of a recent Washington Post article, “Will the next Mark Zuckerberg be Brazilian?” it’s not a coincidence — its how things are trending.

The U.S. is still the market that reacts fastest to a good idea. But India and China will soon have a larger number of early adopters, as well as a sufficient amount investors to fund the things they adopt.

Good ideas happen everywhere, spread fast.  They’re worth searching out – and I hope to find more.

It is time for financial services firms to actively incorporate climate risk into their...

The risk of RPA implementation and how to mitigate it

Like all innovative technologies, RPA comes with a certain amount of disruption, which can...

These days, applications have become very complex and users are demanding more and more of...