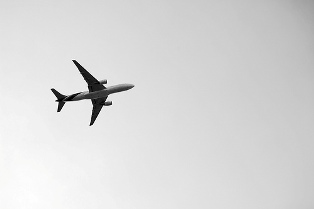 It’s that time again. I’m writing this in Recife, the first city I’m visiting during my first “real” world tour. By this I mean that, after Mexico, North Africa and part of the Middle East, this time I headed west out of Paris, and am coming back from the east. During which I’ll lose a day – I forgot about the International Date Line.

Outside of a few changes, I laid out this journey in my initial mapping of the trip. My second Achilles Tendon surgery forced me to make a few major modifications, though. Notably in the schedule.

Here’s the plan as it stands:

I plan on leaving again May 18th for Johannesburg, Kigali and Tel Aviv; returning June 2nd.

After that, from June 18th to July 18th, I’ll do a tour of Eastern and Northern Europe: Belgrade, Warsaw, Moscow, Saint Petersburg, Tallinn, Helsinki and  Berlin.

My second around-the-world trip will be an inverse of the first, taking me east (and north) Ho Chi Minh City, Manilla, Hong Kong, Shanghai, Beijing, Seoul, Tokyo and San Francisco between August 16th and September 30th.

I’m not leaving out the possibility of a few changes, but I hope to be able to stick to the plan this time.

People I meet – and some of you who write me – ask me all the time how I choose which cities to visit and how I prepare each step.

There’s nothing especially methodical in putting together the list. For example, the latest addition, Manilla, is there because it’s one of the most dynamic and innovative cities, in terms social networks. And it’s less known than Singapore, which is always mentioned when talking about information technology.

Tallin, on the other hand, could seem like a strange choice for people who don’t know that it houses the NATO’s European cyberwar preparation center, the HQ for Skype’s software development and that a friend promised me a contact – always an essential element.

Cities in Western Europe, or those in the US besides San Francisco, aren’t on my itinerary because they’re so well known.

In the beginning, I intended on ending this trip in Johannesburg (after Mumbai), to do a tour of the southern BRIC countries. But that would have have been a long trip. Instead, I’m going to Kigali, because Rwanda is one of the countries that has most clearly bet on IT in its development strategy … and because a contact promised to help me.

Ever since I started the project, I’ve prepared the trips in a pretty relaxed manner.

The beauty of it all is that once I’m on the ground I really depend more on people I meet and their contacts than on prior preparation. And on chance, too, for sure, which you need to do anything really original.

Maybe you have other questions about how this trip? Don’t hesitate to ask.

Driving interest in the pandemic’s impact on the automotive industry

Improved customer experience has clearly drawn upon the Gen X or older segment, which has...

Adopt the future of eCommerce