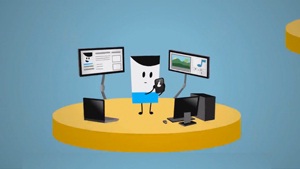 Where was Einstein born? You probably don’t know (I don’t), but no big deal: Wikipedia, Google, Yahoo and Bing, to name a few, can give you the answer almost instantaneously. But if you want to find the best book for exploring his theory … then things get hard.

Search engines and encyclopedias can answer any objective question one could possibly ask. But they falter when we ask subjective things – even if 55% of questions asked on Google are subjective, according to Horacio Poblete, co-founder of the Brazilian search engine, Ledface. These questions are a larger source of revenue, as more clicks are needed to find the answer than the one click needed for factual ones.

“It’s simple,” Poblete says. “Google and the others are failing when it comes to something as easy as giving an opinion.” Questions like this one, asked by Google employee from India: ” What’s the best time to plant crops in India if monsoon season arrived earlier than usual?”

Poblete lives in Campinas, west of  São Paulo. I interviewed him on Skype, from Rio.

Here’s what I learned about Ledface:

It’s an interesting idea, one that could really succeed in the health sector.  It needs to really grow its user base before it can reach its full potential. This is a real startup, carrying real risk that it won’t succeed.

Since it’s targeting a global market, the site is in English, not Portuguese.

It’s not certain if people will like having anonymous responses to intimate questions. But it’s obviously better than the inverse. “Users don’t want to know what’s behind the screen; they want a good answer, quickly,” Poblete says.

Is a lack of capability and skills holding back the transition to new business models in energy & utilities?

The stark reality of the climate crisis is forcing urgent change across all sectors. Some...

Is a lack of capability and skills holding back the transition to new business models in energy & utilities?
Healthcare

Healthcare is on the move, transforming itself from a largely reactive, resource intensive...