Low-code is a trendy term which hides a much older idea. Beyond the current hype, low-code turns out to be an essential tool for companies that want to digitise quickly and affordably. Analysis agencies such as Gartner and Forrester see a great future in it and we can hardly attend a software conference without a company putting its low-code offering forward. What is low code really and which concrete advantages can you get out of it yourself?

The demand for digitisation is greater than ever. At Capgemini Switzerland, we are fully committed to low code development, and we see firsthand what the benefits are. IT is overwhelmed by questions and can’t really follow. Legacy applications are in urgent need of innovation, while the business demands fast applications with one specific goal. These are so-called one purpose apps. Think, for example, of an application to support an event or campaign. Companies demand these applications faster than ever, but they must be perfectly finished and security is also high on the list of priorities. In addition, there are not enough full stack developers. It comes down to the fact that companies want more applications than ever, at a faster pace, with a higher level of security, at a time when there is a shortage of profiles that can provide an answer to that question. In other words, we need a platform that supports software development in a way that answers those questions. The answer is low code.

Simplicity from a platform

Low code is something you consume via a platform. The biggest players on the market today are Mendix and Outsystems, but Microsoft also offers solutions, as do a lot of niche players. Mendix and OutSystems stand out for us because they provide a platform that replaces full stack development. To develop an application in a traditional way, you need a lot of expertise. Think of front-end and back-end developers, UX specialists and senior programmers who can take care of security. Together, they build the requested application over a period of weeks or months, with the risk that bugs will creep in. People make mistakes and not everyone knows everything: errors in first iterations of applications are normal. It also takes a while before a first functional prototype is ready or changes are made, which makes developers less able to respond to questions from the business side. Development therefore costs time, money and a lot of man-hours of specialised profiles that are often unavailable. Low-code platforms take the complexity of programming out of the hands of the developers. The underlying quality of the code is platform provided. Behind the low code platforms are teams of developers whose only job is to ensure that the translation from logic to code is done efficiently and securely.

It is up to the developers who want to build an application to work out its logic. This is done in a predominantly visual way. Visual programming increases the speed of development. Developers get to work without boiler plate code. They can focus on what needs to be done exactly and what the application looks like for the user. The translation into concrete code with the right connections within the organisation is done by the low code platform. The approach is faster, less error-prone and makes communication with the business easier. In addition, you no longer need back-end and front-end specialists. A much wider range of profiles can get to work with low-code platforms.

The idea behind rapid visual application development is far from new. Low-code itself is a successor to what used to be called rapid application development. It has been around since the 1990s. In 2007 IBM already allowed you to drag and drop screens and compile code on which you could continue to work. The only problem was that you regretted it afterwards because in the end you had more work to do on the generated code.

Since the beginning of the millennium, OutSystems and Mendix in particular have been working on their platforms. Mendix comes from the business side, and wanted to simplify the co-operation between business and IT. OutSystems approached the problem from the other side and wanted to support IT to build applications faster, to ensure developers could focus on business logic. Today, the two platforms have grown closer together and have a similar approach. After a decade of development, both full stack low-code platforms are now more than adult. They continue to evolve towards new trends, so that low-code applications, for example, can easily support microservices and containers. In any case, they are more than adult enough to build fully fledged enterprise applications.

Faster, cheaper and safer What does that actually mean? Our Capgemini Belgium colleagues recently built an e-commerce platform for Delhaize, completely via low code. They started working here with OutSystems. The approach was even faster and cheaper than the implementation of a software package such as Salesforce in this case, which makes it even more special. The whole platform was ready in four months. After the usual penetration tests to check security, the Delhaize team found no vulnerability, something which had never happened before. With this example, we can say that low code as a concept today is a fully-fledged alternative to traditional software development. Ultimately, behind the term is a handful of platforms that take over some of the work of developers, to enable them to focus on what is really important: business logic. Today’s platforms are so good that there is actually little functional reason to ignore low code. If you, as a company, want to switch quickly with customised applications, but do not have an army of experienced developers at your disposal, a lot of time and a mountain of money, low code is the answer. 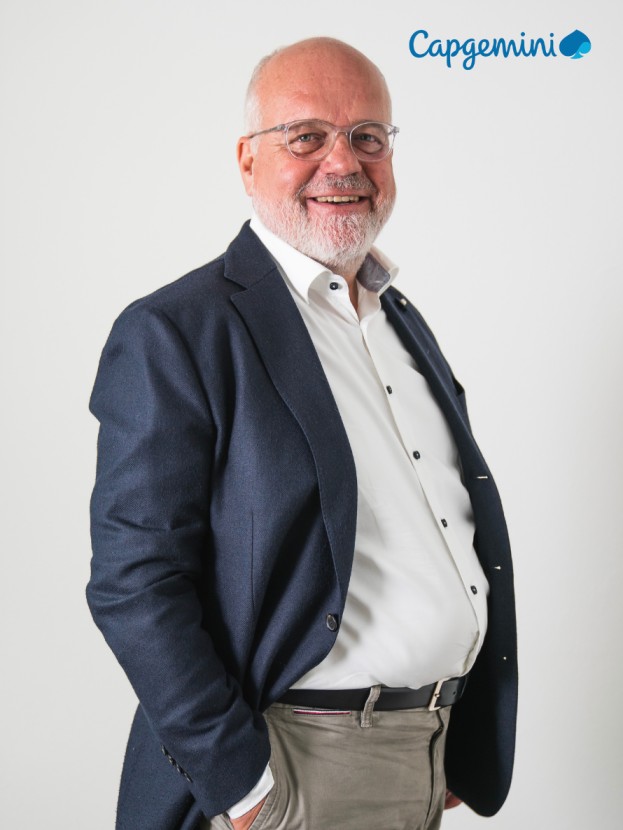 A senior expert in operations and COO at Capgemini Switzerland.