Moving toward a restricted AI

The current AI is trained on vast amounts of data collected in the real world, and since its typically used algorithms are model-free there are no restrictions on what can be learned from the input data. It is common to refer to this type of AI model learning as non-restricted AI. These non-restricted AI approaches cannot model causalities or perform counter-factual reasoning. In crisis situations, a lack of such capability might lead to inconclusive decisions.

So, whereas current approaches in AI often model and image the physical world, important perspectives on the world are neglected, such as political decisions, social agreements, and public understanding of the narrative of any critical situation facing decision-makers. These might be so strong that in real world applications any AI would have to adhere to them, even though they cannot be learned from the input data alone. Somehow such perspectives will have to be taken into consideration by the AI. Such an AI can be referred to as restricted AI.

Recently the EU and the NATO have taken steps to introduce a path towards restricted AI.

All AI developed by NATO and its partners will have to be adhering to 6 basic principles for the use of AI which, when implemented correctly, might boost the development of AI capabilities necessary to tackle crisis and threatening situations in a decisive and informed manner:

Or as Ulrike Franke, a senior policy fellow at the European Council on Foreign Relations, stated: “It’s better for the alliance to focus on the basics, like increased data sharing to develop and train military AI and cooperating on using artificial intelligence in logistics. (..) If NATO countries were to cooperate on that, that could create good procedures and set precedents.”[2] Training, at all levels of command, is certainly a key factor to cooperatively synchronize the development of maturity in both AI algorithms and operators, thus gradually building increased capacity and professionalism.

NATO stresses the importance of an ethical approach and points out that “Allies and NATO must strive to protect the use of AI from such interference, manipulation, or sabotage, in line with the Reliability Principle of Responsible Use, also leveraging AI-enabled Cyber Defence applications.”. Furthermore, they point out the need to develop adequate security certification requirements for AI due to the fact that AI can impact critical infrastructure, capabilities and civil preparedness creating potential vulnerabilities, such as cyberspace, that could be exploited by certain state and non-state actors.

The principles mentioned in the NATO strategy allow for modernization and use of AI without stifling innovation, on the contrary even: they might significantly boost the development of areas in artificial intelligence that have not been in focus until now. The AI strategy can point the direction how AI play a decisive role in how NATO’s partners cooperate, analyze and provide vital decision-making information faster and more comprehendible relevant to a wide range of potential challenges and threat situations. 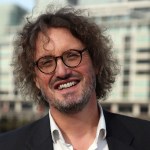 Robert is Vice President and CTO in Global Business Line Insights & Data, Capgemini Scandinavia. With a PhD to his credit, he is an AI and machine learning expert. His current interests include providing “context for AI”, preferably by making available information through Knowledge Graphs. Also, broad interest in topics like Semantics, Knowledge Representation, Reasoning, Machine Learning (in all its different colours & shapes) and putting it together in more (or less) intelligent ways.

Time to upgrade your shelves: Ramp up your shop floor with AI solutions

Artificial intelligence (AI) is enjoying a rapid uptake by manufacturing companies of all...

Time to upgrade your shelves: Ramp up your shop floor with AI solutions

Sharing ECOnomy: The Road to a Sustainable Future via Digitalization

Around 96% of the time. That’s how much the average car is standing still during its...

Sharing ECOnomy: The Road to a Sustainable Future via Digitalization
Show all