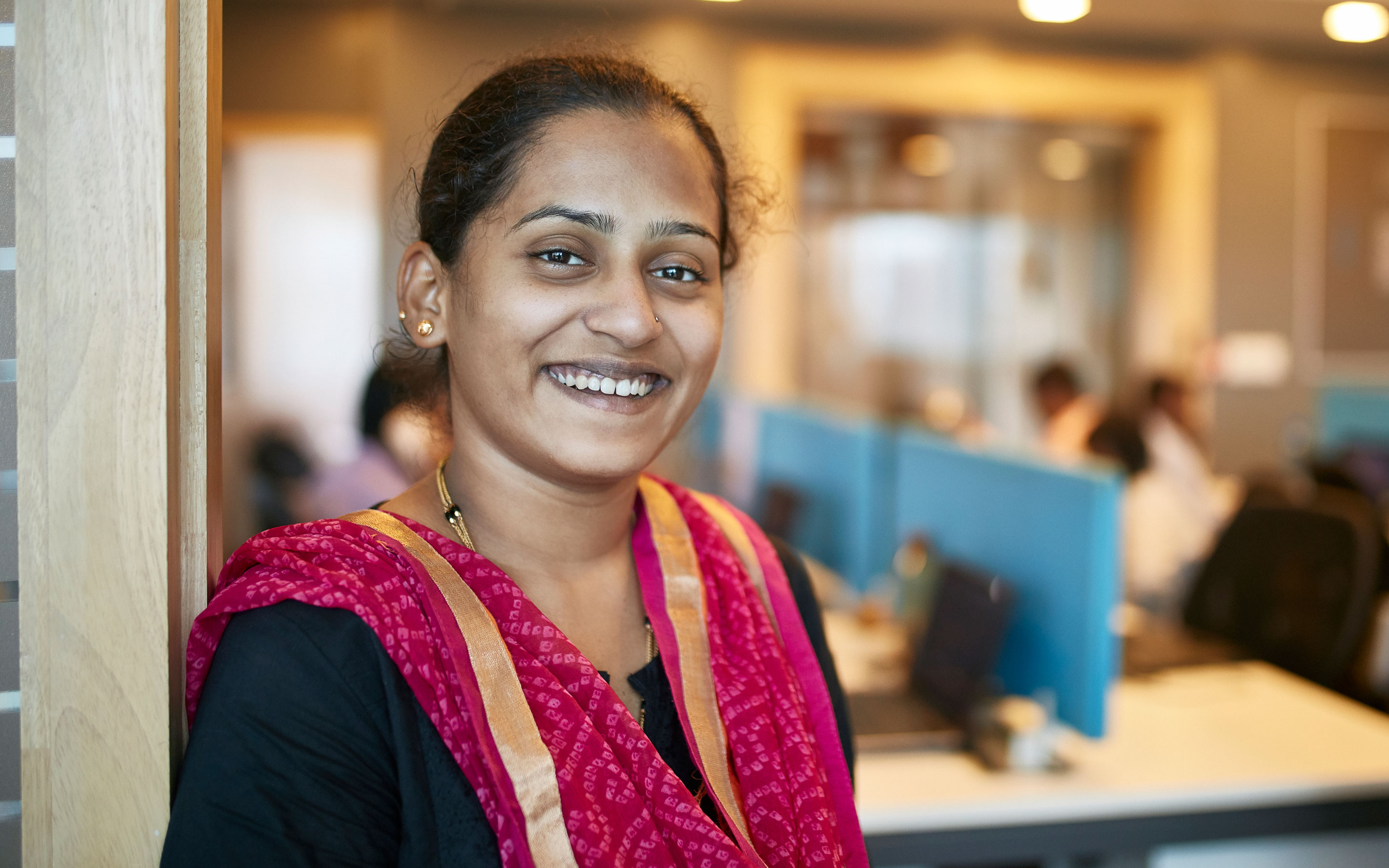 Helping women in rural India start a career in tech

A program launched by Capgemini India at the height of the COVID-19 pandemic is helping women from rural areas develop their IT and tech skills and establish a long-term, rewarding career in the technology sector. We speak to Ananya DB and Kanimozhi Selvam about their transformational experiences on the course.

“Without decisive action, the digital divide will become the new face of inequality.”
These are the words of Amina J. Mohammed, deputy secretary-general of the United Nations, speaking in 2021. She observed that almost half the world’s population, 3.7 billion people – the majority of them women in developing countries – are still offline.

Across our rapidly advancing digital societies, not everyone feels the benefits of technological development to the same extent. In fact, those without digital skills now face a struggle to access basic services including banking and healthcare and to take up job opportunities.

Capgemini is taking steps to bridge the digital divide through a program called Sakhi Drishtikon. This initiative seeks to boost the IT skills of women in rural India and help them establish a career in technology. Candidates are drawn from families at the lower end of the income spectrum and those that have a qualification in a technical subject.

Most candidates undergo initial basic training on core IT skills before joining the scheme. The training is delivered by EduBridge, a career development platform that works with government and external agencies to provide skills development courses for underprivileged people. The candidates then receive 12 months’ mentored training with Capgemini’s Cloud Infrastructure Services team before starting job shadowing on live client projects.

Ananya is originally from the Davanagere district in southern India. She gained a degree in engineering from Visvesvaraya Technological University and enrolled in the scheme in February 2021.

“The program is designed to help women from rural areas who face barriers to work due to low incomes, lack of IT and tech skills, or language issues, and I was determined to make the most of it,” says Ananya.

Another colleague to pass through the program is Kanimozhi, now a senior analyst based in Pattukottai, India. She studied computer science and engineering at the PERI Institute of Technology before being trained by EduBridge on tech skills such as Java.

Capgemini was recruiting through EduBridge for the Sakhi Drishtikon program and invited Kanimozhi to interview. She describes the moment she was offered a place on it as a truly magical moment. “I felt I’d really proved myself. It was a wonderful feeling.”

For Ananya, the course was extremely valuable because it pushed her into new and exciting territory. “Besides the technical knowledge, Sakhi Drishtikon taught us about professional communication and how to present ourselves in a corporate environment. We learned how to work as a team and recognize our strengths and weaknesses.”

The highlight for Kanimozhi meanwhile was getting hands-on with in-demand IT skills. “We learned about computer hardware and software, from virtual machines to Windows and Linux operating systems.”

The program leader is Radhika Ramesh, Executive VP, and the head of the Global Delivery Center at Capgemini’s Cloud Infrastructure Services. For her, Sakhi Drishtikon is a timely initiative that takes advantage of new ways of living and working.

“There are a large number of qualified rural women who are not able to explore career opportunities in the cities,” she says. “We are not just trying to give them jobs. Instead, we want to carve out long-term careers for them.”

While also preparing Ananya for a successful career in the technology sector, the program has also brought about some significant personal changes.

“For some people, especially those from less-affluent backgrounds, confidence in the workplace doesn’t come naturally,” she says. “At university, I suffered from anxiety, especially in group situations, where I struggled to express my thoughts and opinions.”

However, the Sakhi Drishtikon program enabled Ananya to practice presenting her views in a supportive environment. “I had to do a presentation in front of 60 people, which was a big moment. The scheme totally changed how I communicate and express myself. Had I been asked before the course, I’d have probably been too nervous to do this interview and be featured in an article.”

Kanimozhi also says she gained a positive change in outlook because of participating in the program. “At Capgemini, and in the wider technology sector, everyone is equal,” she says. “We all have the same rights and no-one is better than another. This isn’t always the case across society.”

Ananya encourages everyone eligible to join the Sakhi Drishtikon program, and has some wise words of advice: “It’s good to specialize in the area you’re passionate about and to study that in-depth. This will help you feel confident that you know the technology when you move between different clients and projects.”

By the end of 2021, 525 women had joined Capgemini through the program and we are committed to continuing it to help women overcome some of the barriers that may stop them from achieving their potential, and to find successful and rewarding careers in the technology sector.