The latest research project between MIT and Capgemini Invent set out to investigate this question. We undertook a survey of 300 companies with revenues of at least $500M from across seven industries and eight countries. Our report, Lifting the lid on corporate innovation in the digital age, detailed the results.

In this blog post, we look especially at how innovation practices scale as firms go from hundreds of millions in revenue to tens of billions. As you will see, the results were surprising. We’ve detailed them in our latest MIT-Capgemini Invent Research Note, Big firms have a structural problem with innovation … or do they?, in which we pose the following three questions and explode some myths:

It is accepted that big firms have big money to invest in innovation. They typically put budget into internal innovation projects and teams, and invest in creating strong internal capabilities, whereas a smaller enterprise might look externally to fill its resource gap when specific capabilities are not available internally.

Myth busting: Contrary to the belief that larger firms favor internal innovation and even solely rely on it (the not-invented-here syndrome), our research data reveals that the 20% largest-revenue companies use more innovation sources than their smaller counterparts. That’s not all. They also make much more use of external innovation sources. We argue that this is mainly due to the new wave of digital technologies that rely on a set of skills that are rare and hard to access.

For example, Dell EMC, the multinational S&P 500 company, is part of the MIT CSAIL (Computer Science and AI Lab) Alliances program. Through this initiative, large corporations can get “unprecedented access to cutting edge research and emerging technologies”, among other advantages listed on CSAIL’s website. This type of partnership with universities was the most adopted innovation source from our panel, illustrating that scarce capabilities from the new digital wave (especially AI) have yet to move beyond universities and into the corporate world. Companies need to go outside to innovate and access currently rare resources, and it’s the larger ones that can best afford to do so.

Are larger firms less agile than their smaller counterparts?

We’ve already noted that smaller firms are generally perceived as more agile than their bigger counterparts. After all, they don’t have to contend with the longer decision cycles experienced by huge enterprises, or the rigidity and bureaucracy that create inertia. Surely, the same applies to the use of external innovation sources?

A Capgemini study found that the number of innovation labs in the world has recently exploded. These labs that interface between the company and rich innovation ecosystems are tools for large corporations to reach beyond their internal capabilities. In recent years, many Fortune 500 companies have created their own innovation labs, including Verizon, Coca Cola, Kohl’s or Nike.

Smaller firms adopt new digital innovation faster because they’re nimbler than their bigger counterparts, right? That’s certainly been the thinking of leading academics who suggest that bigger firms will get replaced by smaller companies through disruptive innovation. This was probably the case in the 1990s when the term “disruptive innovation” was introduced. As our Research Note points out, the theory goes that while big players focus on sustaining innovation and improving existing products, smaller innovators invest in new business models and radical innovation – perhaps leading the charge to digital innovation.

Myth busting: In this aspect of innovation, it appears that all firms are equal. Our research found that the large majority of projects were digital, particularly so for the most successful innovation projects. Similarly, companies of all sizes invested roughly two thirds of their innovation budget in digital or hybrid-digital projects. So, we found no evidence that digital savviness is driven by firm size. Rather, we argue that digital has become the norm for all of our sampled companies, whatever their size or industry.

As Louis Gerstner, the former CEO of IBM, explains in his book about IBM’s turnaround after its expected extinction in 1993, elephants can dance too!

The above offers you a small flavor of our new Research Note, which in turn draws on the full-length MIT-Capgemini Invent report Lifting the lid on corporate innovation in the digital age. This is part of our ongoing collaborative research program delving into transformational innovation. 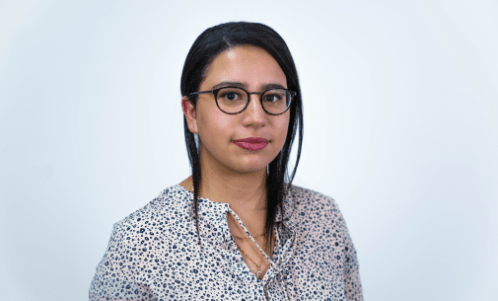 Sarah is a senior consultant at Capgemini Invent focusing on Innovation and digital transformation. She worked on helping companies ramp-up digital projects, adopt digital technologies and implement innovation-oriented organizations.
She’s passionate about new technologies, their implementation into our every day lives and synergies between big companies and smaller innovative providers. She conducted research on corporate innovation as a Visiting Scientist at MIT. The research focuses on how large firms innovate in the Digital Era, specificities of the Chinese Innovation ecosystem and Machine Learning. She holds a master’s degree in International Economics from Paris I Sorbonne University, and a master’s degree in Organization, Strategy and Innovation.