As a railway specialist, I spend a lot of time thinking about train doors. That might not sound glamorous, but don’t forget train doors made Gwyneth Paltrow famous. Starring in the 1998 movie Sliding Doors, Paltrow’s character narrowly misses catching a London Underground train as the doors close, but in an alternative reality she squeezes through just in time. The whole plot of the movie turns on this. It was a big moment for train door enthusiasts like me – we don’t get many.

When I’m not working on my script for Sliding Doors II: Mind the Gap, I help build infrastructure for some of the world’s biggest train operators. Getting the doors right is a big part of it. Today’s rail systems are highly automated, but the one thing you can’t automate is passenger behavior. People do all kinds of unexpected, irrational things with metro train doors: holding them open, sticking chewing gum between them, slipping into alternative realities, etc.

This is one of the reasons it’s so important that the rest of the system works flawlessly, which is why everything needs to be tested many, many times. This testing process, or system verification and validation as we call it, is time consuming and, therefore, expensive.

Traditionally, train systems are verified and validated on testbeds – physical mockups of the equipment in a controlled environment. When the system doesn’t behave as designed it outputs an error message, and engineers search through documentation to find out what that error message means so they can fix it.

Working very closely with Alstom, we created a way of speeding up the verification and validation process that we call Virtual Train. In simple terms, Virtual Train is a detailed GUI. Outputs from the physical testbeds animate a virtual model of the train system on screen or via a virtual reality headset.

On average, Virtual Train speeds up verification and validation by 30%. And it won Capgemini the 2019 ERCI Innovation Award in the Best Large Enterprise category at SIFER. Given the success of Virtual Train, we are working hard on the next step, which is to replace the hardware testbeds themselves with digital twins. We do a lot of work improving verification and validation in the automotive industry too (not as cool as trains).

The test of time

Most of the world’s busiest mass transit systems use communications-based train control (CBTC) a – signaling system that relies on communications between train and track equipment for traffic management and infrastructure control. CBTC enables greater train frequency than manual control. By automating processes such as when the doors close, when the brakes disengage, etc., it reduces the time trains stand in stations (known as dwell time) to the minimum necessary, which means more trains can safely pass through each station every day.

CBTC systems are very mature and reliable. Most of the problems we encounter in verification and validation are synchronization or timing problems. That may sound minor but getting synchronization right is critical. A 2017 study of door closing timings conducted by London Underground is a good illustration (and an example of my bedtime reading).

On London’s Tube network, a warning sounds 1.75 seconds before the doors close. Passengers who hear this as they approach a train have two choices: stop and wait for the next train or rush for the door. Engineers call this second choice the “hustle”. I like to call it the Paltrow Reflex.

London Underground wanted to find out if a delay of three seconds between the door-closing warning and the doors actually closing would result in less hustle, and therefore shorter dwell times. You might wonder if it was worth doing major research into a timing difference of 1.25 seconds, but when you add those seconds up over hundreds of trains making thousands of stops per day across a network, it has a real impact on overall capacity.

In fact, the London Underground study found that the longer delay resulted in more hustle, not less. Of course, this research was conducted back in the happy days when nobody thought twice about cramming themselves into a carriage full of total strangers and their viruses.

Today, the results might be different. Public health considerations may also mean rail networks want longer rather than shorter dwell times – recently reopened metro systems in India are adding dwell time at some stops to aid air circulation for example.

What is clear is that having the flexibility to change operating procedures, such as door-closing delays, at short notice is something rail transport providers may find increasingly attractive. Rapid verification and validation of will be key to providing that flexibility, so Capgemini and Alstom are right on schedule to deliver.

If your enterprise is having verification and validation nightmares, get in touch – my door is always open (subject to iterative convergence). 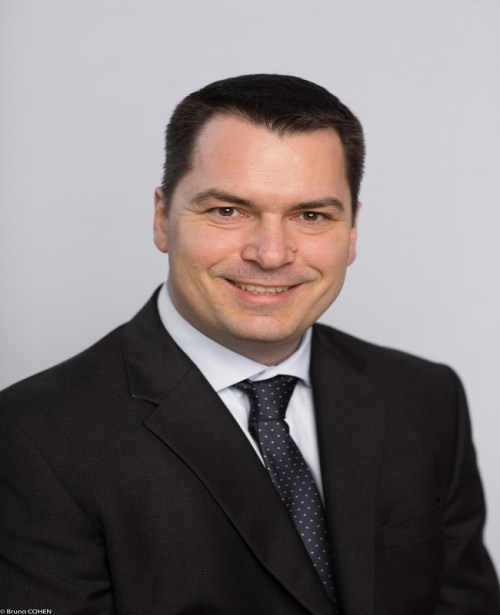 After acquiring 18 years of experience in Railway Infrastructure Engineering, I made my professional move to join Capgemini to face new challenges.
In my new role, I initially focused on Pre-sales activities to increase the win rate of technical and commercial offers in collaboration with the sales team and the market units. I also supported the technical teams at start-up and in the operational phases of the most structuring/ dimensioning projects of the railway sector.
I was a part of SNCF New Generation Supervision project: designing and implementing a new generation system to support SNCF’s new business processes in terms of monitoring and supervising the maintenance domain for its four geographical regions. It involves digitizing an entire industrial process using new technological approaches, such as IoT, Manufacturing Intelligence, geolocalization and mobile apps in order to process the life cycle of incidents from the start to the archive data collection in the field (through supervision to correcting the incident).
Currently, I am on expatriate mission in Gabon as Chief Digital Officer of the National Railway Company (SETRAG), stationed in Libreville (Gabon). Positioned at SETRAG within the General Management for the digital transformation of operations, I am responsible for track maintenance of rolling stock. My objectives involve helping the digitalization of industrial processes by relying on new technological approaches offered by digital, Lean approach and by working in close synergy with the operational excellence of SETRAG, the DSI and the Direction of Transformation Digital from the Eramet group.