Soon after his inauguration, President Joe Biden reentered the United States in the Paris Agreement effective February 19, 2021. With the new administration and its focus on climate, the agenda to reach net zero by 2050 is moving forward quickly. And now, experts  anticipate a target that is more ambitious than that of former administrations. Together, these actions will encourage major US utilities, including Madison Gas & Electric, Xcel, Duke Energy, and American Electric Power, which are already setting ambitious goals and deadlines to be net-zero emitters.

Net zero refers to the balance between the amount of greenhouse gas produced and the amount removed from the atmosphere.

In April 2019, the monthly electricity generation from renewable sources in the US exceeded coal-fired generation for the first time based on data in EIA’s Electric Power Monthly.

Renewable sources provided 23% of total electricity generation to coal’s 20%. This is due to larger investments in renewables as compared to Coal.

Among the biggest renewable developments in recent years are privatization and the unbundling of the energy sector, supported by financial incentives and policy initiatives. These developments have driven the worldwide adoption of distributed energy resources (DERs).

Distributed energy – decentralized electricity generation and storage – will be developed and operated by a variety of small players, some connected to the grid and some not. The distributed system, with its connected devices, becomes a self-contained entity.

The distributed energy model will become an entity monetized service-providing system, as well as an energy aggregating and supply system.

Due to regulatory, economic, environmental, and consumer factors, many utilities have already embarked on the pathway to net-zero carbon emissions or 100% renewable generation over the next several years. The journey started with deployment of the pilot DERs projects and determining the impact on the network as well as the efficiency of DER programs to influence the net-zero carbon decision on aspects of the business prior to full deployment. This commitment creates numerous technical, operational, and business challenges that each utility must systematically address – especially when it comes to DERs.

Forecasts for distributed solar PV, for example, can be integrated with load forecasting to obtain net-load forecasts, thus increasing the visibility of the demand-side variations. Use of emerging technologies, such as machine learning, along with standard physics-based modes can be more effective to predict the generation. “Predicting a greener future: How forecasting solar energy generation can improve grid reliability” was an attempt to predict the renewable energy forecasting to help utilities in managing their grids more efficiently and securely while promoting grid stability.

Here is a research initiative executed by ABB, which leverages advanced technologies to predict the energy generation of solar assets.

In recent years, huge number of DERs have been connected to utilities networks. DERs and their associated smart devices generate huge amounts of data, but as of now, many utilities are not capable of handling it. Building a cloud-based platform to manage high-volume and high-velocity data would be the right approach for managing this data. Also, greater precision and real-time data would create new offers for energy efficiency service companies, renewables providers, and smart charging station developers, which could avoid grid congestion and improve grid flexibility.

As energy grids around the globe become more decentralized, they result in distributed energy resources that are transforming energy markets. Technology plays a crucial role in this transformation.

Blockchain and distributed ledger technologies were primarily designed to facilitate distributed transactions by removing central management. That functionality can be applied to the challenges of decentralizing energy systems. It has the potential to be both transformative and disruptive in the energy sector.

Blockchain changes the way we arrange, record, and verify transactions. This ability will be critical as we shift from centralized structures such as exchanges, trading platforms, and energy companies towards decentralized systems, in which end customers and energy consumers interact directly.

There are already examples of successful small-scale pilots in Perth, Australia, and Brooklyn, NY, which enable prosumers (i.e., distributed energy generators) to set their price and sell electricity to consumers without intermediaries.

This blog was co-authored by Ajay Verma, Kunal Jagtap and Chiranth Ramaswamy. Connect with us for more information. 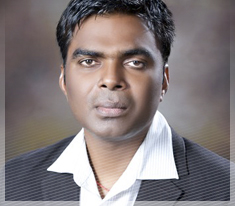 I provide clients with strategic support and delivery of Smart energy and digital utilities programs to reduce their operating costs and improve their customer relationship. I help utilities implement these complex transformation programs on time and budget.