“Crystal ball-gazing articles on 5G tend to agree on the list of upcoming miracles.” Europe CTIO, Gunnar Menzel, wonders what we haven’t thought of yet.

So you finally decided to strip that horrific wallpaper off the spare bedroom walls, or build that deck you’ve been promising yourself, or do any one of the other things around the house you have plenty of time to imagine doing but no time to actually do.

You’ve watched the how-to videos, seen it done on home improvement shows, and all seems clear in your head. But at the hardware store, faced with 37 varieties of cross-headed screw, you realize you should have made a shopping list slightly more sophisticated than: “wood, screws, some kind of varnish.”

The element of surprise

In August 2019, Google revealed what it called “surprising” internet behavior (it takes a lot to surprise Google about internet behavior). In a survey of 24,000 people in 10 countries, more than half reported watching online video in stores as they were shopping. Fifty-five percent of people weren’t relying on scribbled shopping lists or memory at all, they were re-watching the how-to video on their mobile and picking what they needed off the shelf.

“I’m not a list guy,” said one respondent, “I’ll re-watch the video in the plumbing or electrical aisle to make sure I’ve got everything I need.” And, ten thousand product-placement marketers began trembling with excitement.

No one knows how long people have been doing this, but it could have only become possible as mobile connectivity improved. If they had to wait minutes to connect and initiate a video, people probably wouldn’t bother. What’s fascinating is that this use case for online video was invented by consumers – nobody thought to make videos specifically to be watched in store.

One of the great expectations for 5G is that its low latency (sub 10 ms) will enable a series of applications that are currently roadblocked by 4G’s limitations. Crystal ball-gazing articles on the subject tend to agree on the list of upcoming miracles.

True self-driving vehicles will finally become a reality because they will be able to network with each other over low latency 5G, say the prophets. It will certainly help, but the real problem with self-driving is that AI just isn’t smart enough yet. We’ll be able to download 4K movies in seconds. Fine, but so what, you can’t watch a 4K movie in seconds. Remote surgery will be possible. Maybe, but it’s hardly going to be a mass market, and 5G doesn’t speed up the long-distance internet backbone anyway.

All these things may or may not come true, but what’s really exciting about 5G latency are the applications we haven’t thought of yet. The kind of use cases that surprise Google. One thing you can be sure of is that people will find wonderful, and horrible, ways to exploit 5G’s capabilities.

Fundamentally, 5G will dramatically increase the flow of data and, therefore, the potential value that can be derived from that data. In this environment, the need to be flexible, agile, and open to new ideas will be more critical to business success than ever.

This blog is part 1 of a series of five written by Capgemini Europe Chief Technology and Innovation Officer, Gunnar Menzel.
Read part 2 of this series – Five new ways to think about 5G: In space, no one can hear your latency. 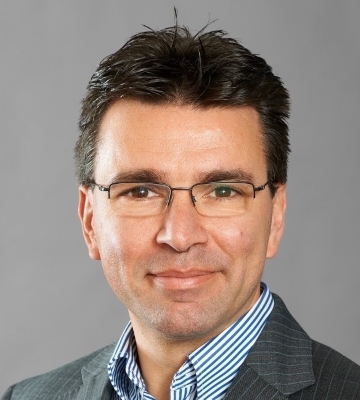 “Technology is becoming the business of every public sector organization. It brings the potential to transform public services and meet governments’ targets, while addressing the most important challenges our societies face. To help public sector leaders navigate today’s evolving digital trends we have developed TechnoVision: a fresh and accessible guide that helps decision makers identify the right technology to apply to their challenges.”