The numbers around Y2K are staggering – even 20 years later. Capgemini research calculated the worldwide cost of fixing the Year 2000 bug at $858 billion. But the Y2K fix is not an isolated event.

A case in point: the next big IT problem for companies is migrating legacy applications to more modern systems. Like Y2K, legacy systems have fixed character sets and apps with billions of lines of code sitting on a mainframe. And that code was written in a language that is becoming quickly obsolete.

Mainframes were built on monolithic architectures and connected to the network in a hub-and-spoke model. And they are only growing in complexity as they age and are not scalable, elastic, or secure enough to meet the demands of the market.

Capgemini has completed more than 200 mainframe-modernization projects and has analyzers and accelerators to help the process. Our experience can assist companies to understand how to decommission the mainframe, identify the dependencies, and create a roadmap to modernization. 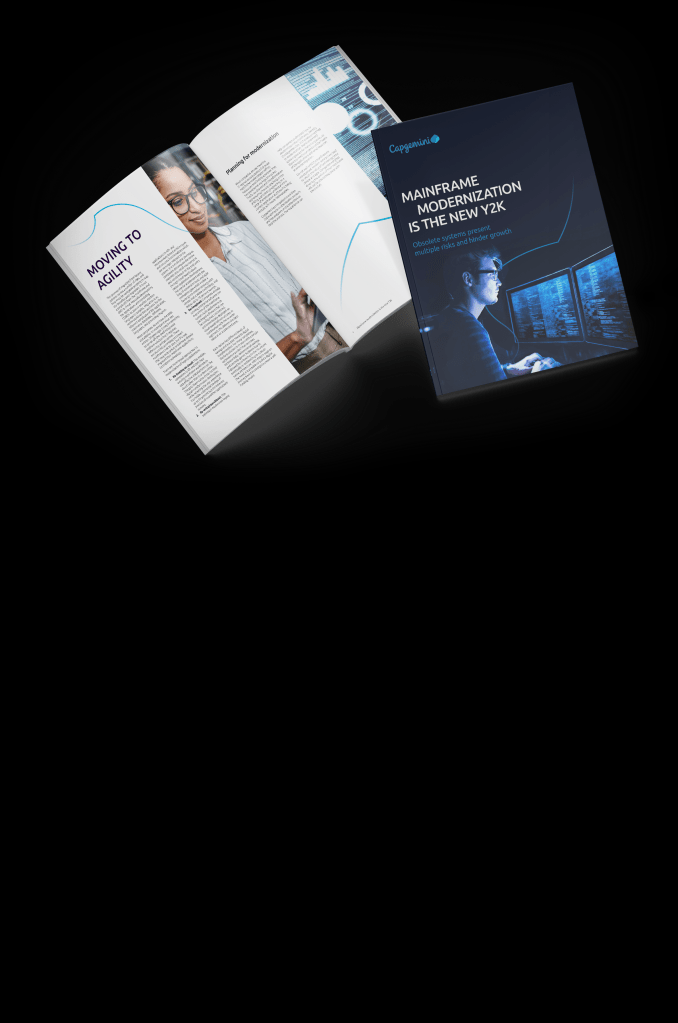 Download Mainframe modernization is the new Y2K to understand how the right plan and strategy can create a modern enterprise.